When you’re a girl, liking “boy stuff” isn’t easy. That’s what a seven-year-old from Sarnia, Ont., found out when she talked about her favourite creepy crawlies — bugs — at school.

“I don’t remember ever not liking bugs and insects,” says Sophia, now 10. “When I was really little, it was all I talked about. All I wanted to do was find bugs, watch them and learn about them.”

Sophia’s mother, Nicole, didn’t know what to do when her daughter told her she was being bullied for liking insects. So she wrote to an entomological society looking for a penpal for Sophia.

“I knew something had to be done so that she didn’t lose her interest in something she had loved for so long,” says Nicole.

Instead of just a penpal from the Entomological Society of Canada, letters, photos and videos came flooding in, with a #BugsR4Girls social media campaign garnering thousands of responses.

And then Margaret McNamara — author of The Dinosaur Expert and the Mr. Tiffin’s Classroom series — approached the Spencers about helping Sophia write her very own book.

The Bug Girl, a children’s picture book, celebrates women in science, bugs and staying true to yourself, was born.

“I didn’t ever think my story could be made into a book others would enjoy reading,” says Sophie. “I thought it was a really cool idea.”

The support from complete strangers amazed the family, and Nicole says she’s grateful for how the entomological community turned things around for Sophia.

“I saw her go from a sad, hurt little girl to a bright and enthusiastic girl,” says Nicole. “She is confident that her passion for bugs and insects is as normal as a kid loving hockey.”

Sophia says she thinks more needs to be done to bring bugs into schools, so that more kids — and girls — like them.

“There are so many things bugs do to help our environment and it’s sad no one takes the time to see them for that,” says Sophia. “I have a lot of my friends interested in bugs now just by telling them and showing them different insects.”

The Bug Girl is a true story by Sophia Spencer and Margaret McNamara, published by Schwartz & Wade, an imprint of Penguin Random House.
Advertisement
insects 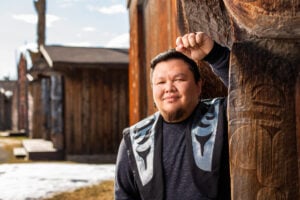 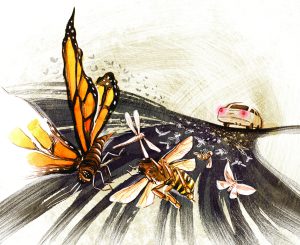