In spite of the best efforts of researchers and wildlife managers, the life of Bear 148 was destined to be cut prematurely short 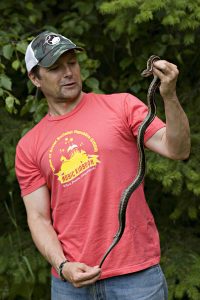 When Banff National Park’s iconic Bear 148 was shot and killed by a trophy hunter near McBride, B.C., on Sept. 24, it wasn’t only the death of the beloved six-year-old female grizzly — or even the symbol of human-bear conflict she had become — that was grieved.

Similarly, it wasn’t the fact that the new B.C. government’s ban on trophy hunting comes into effect next month that provided the most irony. Instead, a greater tragedy lay in the final blow to our many attempts to understand Bear 148, to get out of her way and to save her from just such a fate. In her lonely demise — wandering confused through an unknown environment some 500 kilometres northwest of her home — was also writ a final passing of the silly human hubris that imagined we could do so. In the end, all of our efforts were moot: with a probability so high it’s not worth contemplating, the life of Bear 148 was prescribed to be cut prematurely short the moment she was born.

Young bears don’t choose their home range, and when these are peopled areas with high anthropogenic impact such as Banff, the writing is on the wall. Bear 148 learned well from her mother, the equally iconic Bear 64, how to navigate this world. Surrounded by thousands of humans annually, Bear 148 did a good job of avoiding them — and letting them know how much space she needed. Many hundreds had positive encounters with her, embracing her importance to the park and its landscape. But the nature of that relationship kept changing, the goalposts of our expectations moved by development and ever-increasing numbers of people.

For a bear known — through satellite tracking data — to almost always move within 100 metres of public areas, unencumbered use of so-called wildlife corridors available to her became almost impossible. Add in a shift in behaviour that may have been linked to pregnancy and the dominoes began to fall.

In early summer, after several unusually close encounters with people, Bear 148 left Banff’s protective borders for another part of her range in nearby Canmore. Here, encounters ramped up, culminating in an incident involving the bane of wildlife managers: dogs. Relocated by Alberta Fish and Wildlife officials to adjacent Kootenay National Park, Bear 148 beelined back to Canmore in under 10 days, where problems continued and federal and provincial agencies considered more drastic measures.

Last July, over 27,300 people signed a petition circulated by Change.org demanding Bear 148 not be killed and be allowed to stay. Although the petition was integral in keeping her alive, she was nevertheless translocated to Kakwa Wildland Provincial Park in northern Alberta and became a poster child for what many see as a desperate need to change local wildlife policies.

In a feature I wrote on Bear 148 in Canadian Geographic’s April 2015 issue, “The Way of Bear 148,” I ended the introduction with the following: “With bears as adept as humans at identifying and exploiting opportunities and benefits in our shared environment, where is the line between codependence and conservation?” The article did not seek to answer that question, but to put it on the table for public consideration, much as it has been for professionals. But with Bear 148’s passing comes a partial, telling answer: when no human approach or effort can prevent us from ultimately killing an animal with which we supposedly coexist, perhaps there is no line at all.

Leslie Anthony is a writer, editor, and filmmaker with interests in popular science, environment, and adventure travel. His latest book Aliens Among Us: How Invasive Species Are Transforming the Planet, is due out later this month.
Advertisement
grizzly bear wildlife conservation hunting