Part two of Canada’s Ocean Supercluster: A six-part series
By Alanna Mitchell
May 3, 2021

Climate scientists used to be baffled by this question: what role does the ocean play in the carbon cycle?

A starring role, as it turns out. And as humans disrupt the carbon cycle through burning fossil fuels, the ocean has also become a key player in the climate crisis.

That’s because the ocean sucks up a surprisingly large amount of the carbon-based gases emitted by burning those fuels, as well as most of the heat the gases trap near the Earth’s surface. It ends up being about a third of the carbon and 90 per cent of the heat.

The heat is a particular problem. Fish and other ocean life are shifting en masse to find cooler waters. Creatures, such as corals, that can’t move are struggling to adapt. Water is expanding and ice is melting, and that raises sea levels. As for the carbon, it seeps into the ocean, reacting chemically with the water to produce carbonic acid, which gradually turns the ocean sour. Already, some species are having trouble making their shells in the more acidic seas. 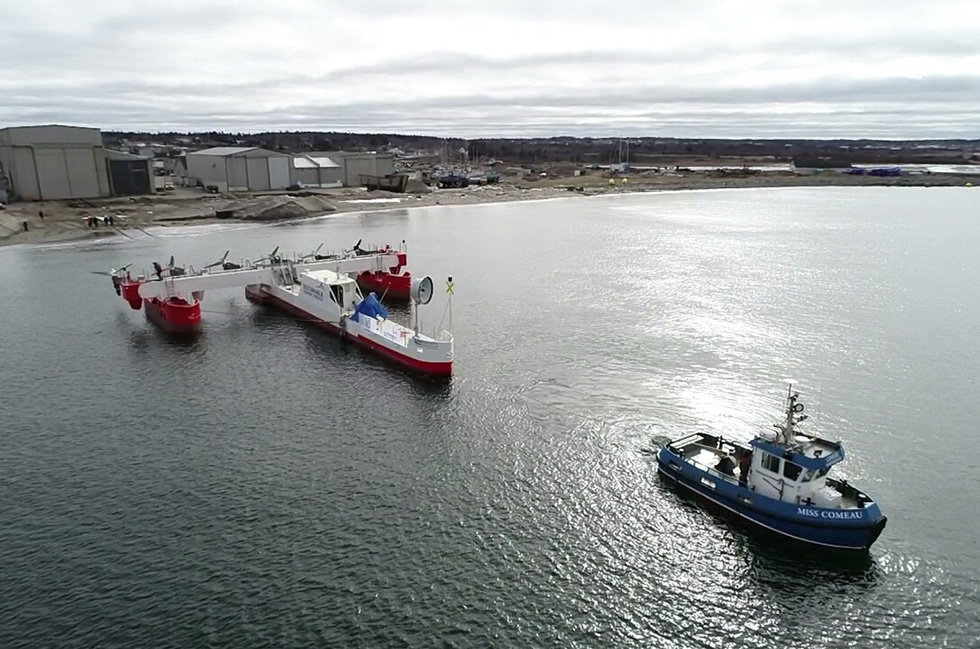 So, when Canada’s Ocean Supercluster, an industry-led, government-sponsored not-for-profit, was set up in 2018 to grow the ocean economy through bold technological advances, a question emerged: How will these innovations help rein in the carbon emissions that are damaging the very ocean we’re depending on for new economic activity?

“I think there is a tremendous awareness of the fact that we’re out of balance and that we need to get back to balance, for both the health of the ocean and for the benefit of humanity,” says Kendra MacDonald, the Ocean Supercluster’s chief executive.

To that end, potential carbon solutions are coming to life from labs across Canada to market, co-funded by industry and the Supercluster.

One intriguing effort, called the Ocean Energy Smart Grid Integration Project, aims to help remote Indigenous communities in Canada’s North to reduce their reliance on diesel. Though each remote community is relatively small in the grand scheme, the cumulative impact of their reliance on diesel is not. A report by Pembina Institute, the Alberta-based energy research organization, reckons that remote communities that are not connected to large energy grids use about 700 million litres of diesel and other fossil fuels each year to produce heat and electricity through generators.

Community leaders have long had concerns about that type of fuel, Pembina reports. Apart from climate-altering emissions, there’s also the insecurity of getting diesel to the communities. The fuel has to be shipped in. That a total reliance on diesel can leave northern communities at risk if supplies are delayed and can mean devastating consequences if a spill happens.

Plus, it’s expensive. The cost of shipping fuel has contributed to high rates of what Pembina calls “fuel poverty” in the North, and to expensive budget items for provinces and territories as they offset the costs. Dependence on burning diesel also locks remote communities into using outdated technology, Pembina says. Some Indigenous leaders say they feel held hostage to these archaic, polluting energy systems.

But fixing the problem in small communities is tough, says Graeme Allan, the smart grid’s program manager. Up until now, crafting tiny grids for these communities has been a bespoke job, especially if you want to incorporate renewable energies into the mix. Every single grid requires different specs. 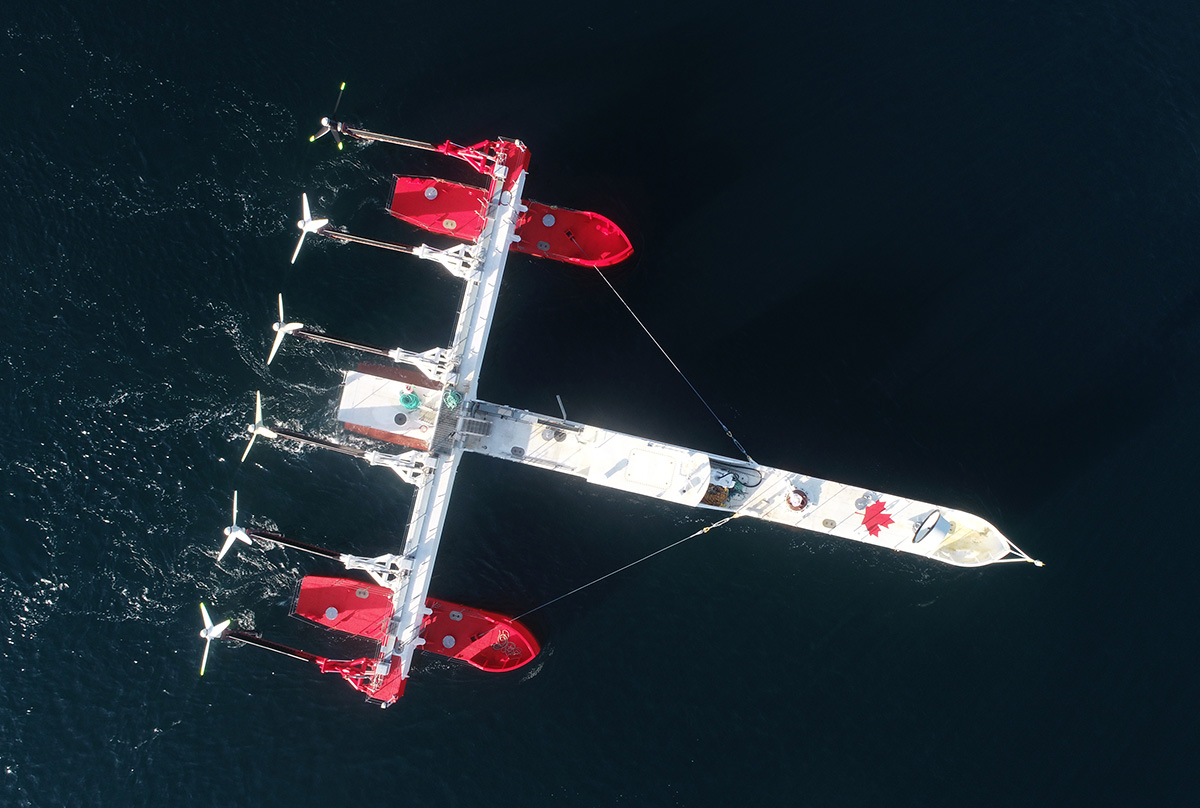 Canada's Ocean Supercluster is supporting innovation aimed at helping small communities decrease their reliance on diesel and instead manage power grids "fueled" by the power of the tides. This floating tidal energy platform is being tested off the coast of Nova Scotia. (Photo: Courtesy Sustainable Marine Energy)

Allan and some of his colleagues at BMT Canada Ltd., an engineering consultancy near Ottawa, started to wonder whether they could make a standardized, responsive controller to manage mini-grids for electricity. This electronic brain would have to make its own decisions about how much energy to draw and where to use it. Plus, it would have to know how to integrate all types of renewable energy and battery storage into a single system, using them whenever possible in place of diesel.

In other words, depending where it is situated, a small community might integrate a combination of solar, wind and water power into an existing diesel system to maintain a steady supply of electricity that keeps the lights — and everything else — running. For coastal communities, the power of the tides is the obvious source to explore.

Allan and his team are now running a large-scale test at the Nova Scotia trial site of project partner Sustainable Marine Energy, which harnesses power from tides. He says the technology is gaining interest in other countries, too, including in southeast Asia.

“The same challenges exist everywhere where there’s a lack of grid and diesel is used as a solution,” says Allan. “Obviously, based in Canada, we’re keen to make a difference here, but it’s nice to see that this idea is being recognized and vindicated in other parts of the world as well.”