The Mingan Archipelago: A land shaped by time | Canadian Geographic

The Mingan Archipelago: A land shaped by time

In the Gulf of St. Lawrence between eastern Quebec and Anticosti Island, a string of islands are transforming, and revealing the secrets of the past, as they have for millions of years.

The Mingan Archipelago, a coastal chain of more than 1,000 islands and islets spanning 152 kilometres, is an important haven for seabirds, rare plants, marine life and other wildlife, as well as home to the largest concentration of erosion monoliths in Canada.

It all started following the last ice age, when the immense ice sheets covering what is now Canada began to recede and the soft limestone archipelago slowly rose out of the sea. Shaped by the artistic hands of tides, wind and weather, the limestone crumbled away and formed towering sculptures, called monoliths, throughout the region. That 450-million-year-old limestone is still being shaped today, and when pieces break away, exposed fossils reveal the natural history and scientific significance of the archipelago dating back to when the first marine organisms evolved in the ancient Champlain Sea at the edge of the Canadian Shield.

While the archipelago was forming, an enormous diversity of flora and fauna established itself in varied habitats, including peat bogs, salt marshes, boreal forests, barrens and shoreline. Now more than 450 species of vascular plants, 190 species of lichen and 300 types of moss grow here, while seabirds such as puffins, razorbills, guillemots and terns return in the spring to breed, attracted to the safety of the islands and the plentiful supply of prey in the surrounding waters. Many of these species aren’t found anywhere else in the region — one of the reasons why, in 1984, Parks Canada established Mingan Archipelago National Park Reserve to protect its rich biodiversity. 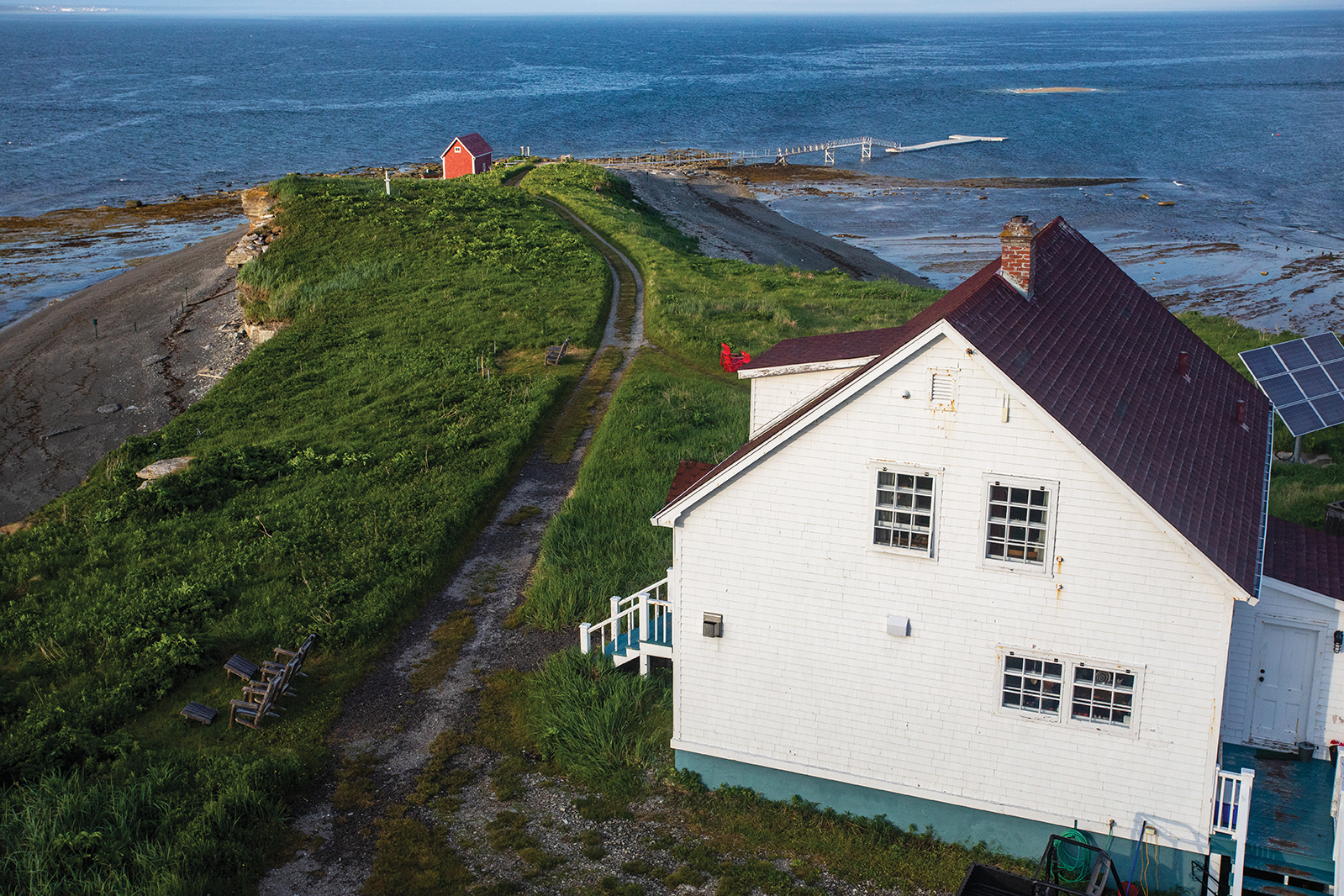 The view from the lighthouse on Île aux Perroquets. (Photo: Zach Baranowski/Can Geo)

Although the park reserve protects just the islands and islets, the surrounding ocean is profoundly important, too. As visitors approach the archipelago for the first time, the ocean is clearly the dominant feature. Salty spray kicks up from the Gulf of St. Lawrence, while minke whales surface in the distance, spied on by the ever-watchful eyes of seals whose heads bob between the waves.

The Labrador current creates an upwelling of nutrient-rich water to the ocean’s surface, causing a bloom of prey species such as zooplankton, krill and baitfish. Whales, seabirds and other marine life all benefit from the biological prosperity here.

On land, boreal forest covers almost 60 per cent of the park. Hiking trails and boardwalks on the western islands, such as the ones on Île Quarry, provide the only access to the dense forest. Following these raised trails, visitors cross through peat bogs, barrens and thick stands of white spruce harbouring inland limestone monoliths far from the shore. Once on the edge of the sea, these areas were long ago lifted out of the ocean and are now dominated by vegetation. Boardwalks leading to a platform overlook the Anse des Érosions, an area at the water’s edge where visitors can walk among monoliths at low tide. 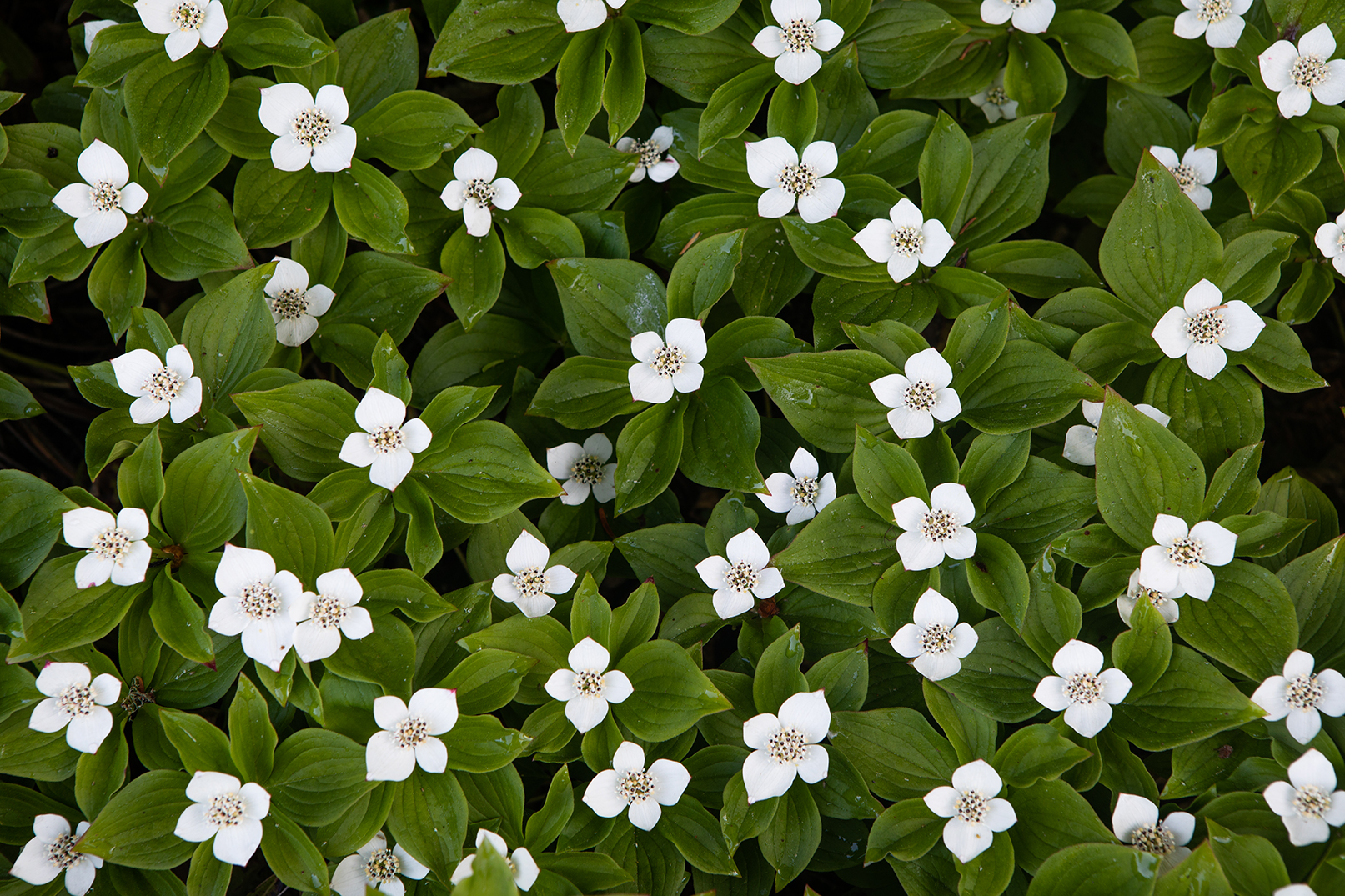 At first glance, tiny Île Nue de Mingan at the western end of the archipelago doesn’t look like much. It’s a nearly featureless landscape save for a few more limestone towers rising from the beach. On closer inspection, however, the island is a unique and fragile environment. Its tundra-like habitat is referred to as the barrens, which constitute about a 10th of the land on the Mingan Archipelago, and the island itself is home to more than 30 species of vascular plants native to both Arctic and alpine regions, including bird’s-eye primrose and lady’s slipper, a member of the orchid family. The barrens are also a favoured breeding ground for many nesting birds such as gulls, terns, razorbills and common eiders.

Throughout the archipelago, these seabirds reign supreme — more than 35,000 pairs from 12 different species take refuge here during the nesting season. Among them, the most well known are the colourful Atlantic puffins, also known as perroquets de mer (sea parrots), which mainly nest on Île aux Perroquets and Île de la Maison in the west and on Île à Calculot des Betchouane in the east. Standing only about 30 centimetres tall, Atlantic puffins are clumsy on land, but in the water they’re more fish than bird as they use their short wings and webbed feet to reach speeds of up to 60 kilometres per hour. 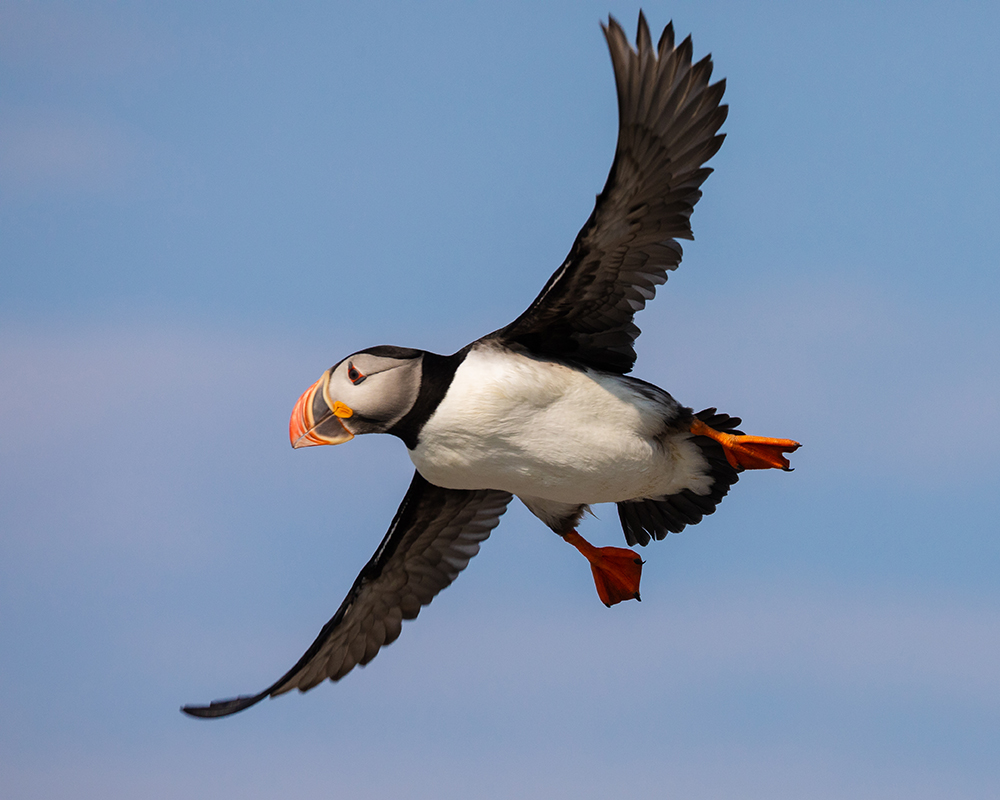 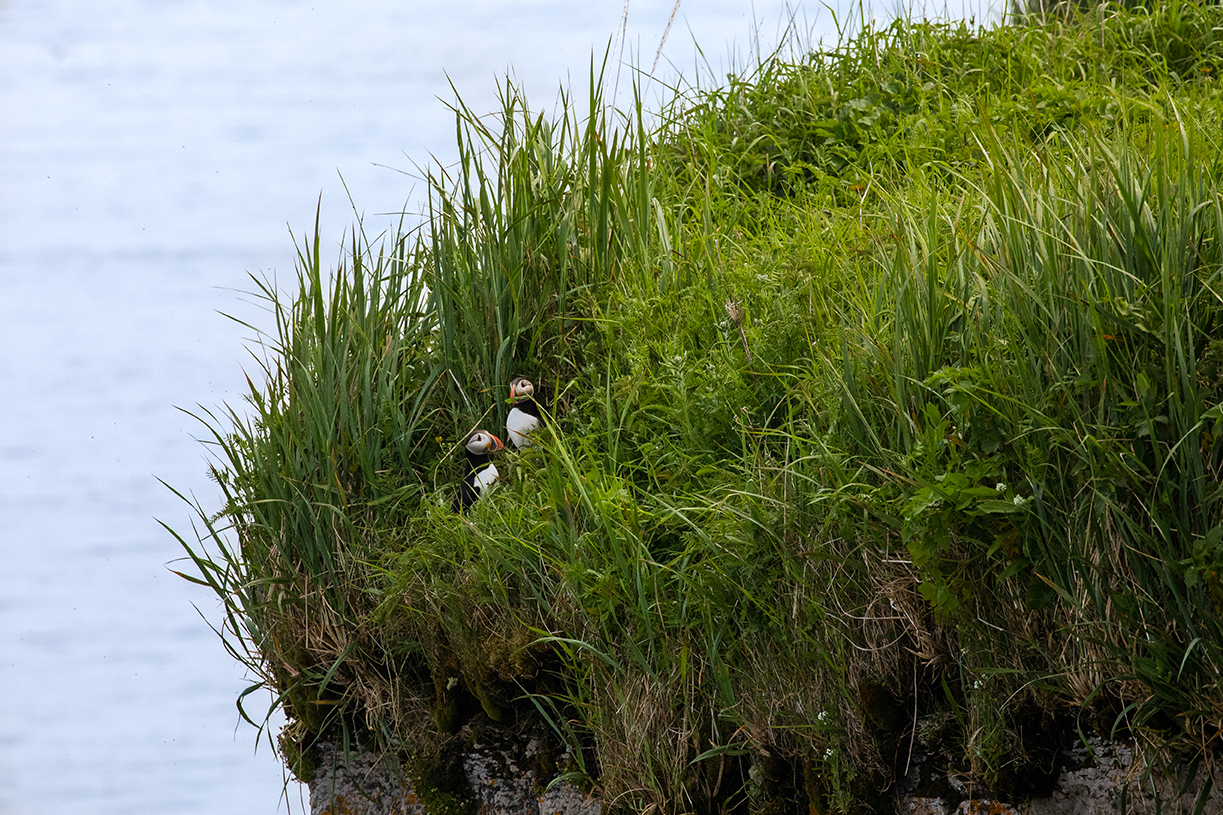 Top: Atlantic puffins are clumsy on land, but in the water they can reach speeds up to 60 km/h. Above: A pair of puffins hide out in the long grass on Île aux Perroquets. (Photos: Zach Baranowski/Can Geo)

When these puffins and other seabirds flock to the archipelago during nesting season, however, they are especially sensitive to disturbance. If they become frightened, they can damage their eggs or leave nests unattended and open to predation from the great black-backed gull, the largest gull in the world. In the first half of the 20th century, the puffin population in the Gulf of St. Lawrence was at an all-time high, with more than 60,000 individuals, but by 1977, numbers had dwindled to around 15,000 birds due to overharvesting and poaching. Thanks to conservation efforts since then, including creating the national park reserve and closing some areas to visitors to protect nesting birds and their young, the population has rebounded to about 47,000 individuals today.

The cliffs on Île aux Perroquets offer safe viewing opportunities of the puffins and razorbills. It’s easy to become captivated while watching them return to their nests, and if visitors keep still, the occasional puffin might just wander in for a closer look.

Back on Quebec’s North Shore, the cold salty spray of a minke breaks the water, the heads of grey seals dance between the soft waves, and northern gannets soar overhead. As the ocean continues to shape the limestone and reveal secrets of the past, it brings life to the Mingan Archipelago, its rocky shores and the quiet waters off its coasts — an intricate balance between land and sea. 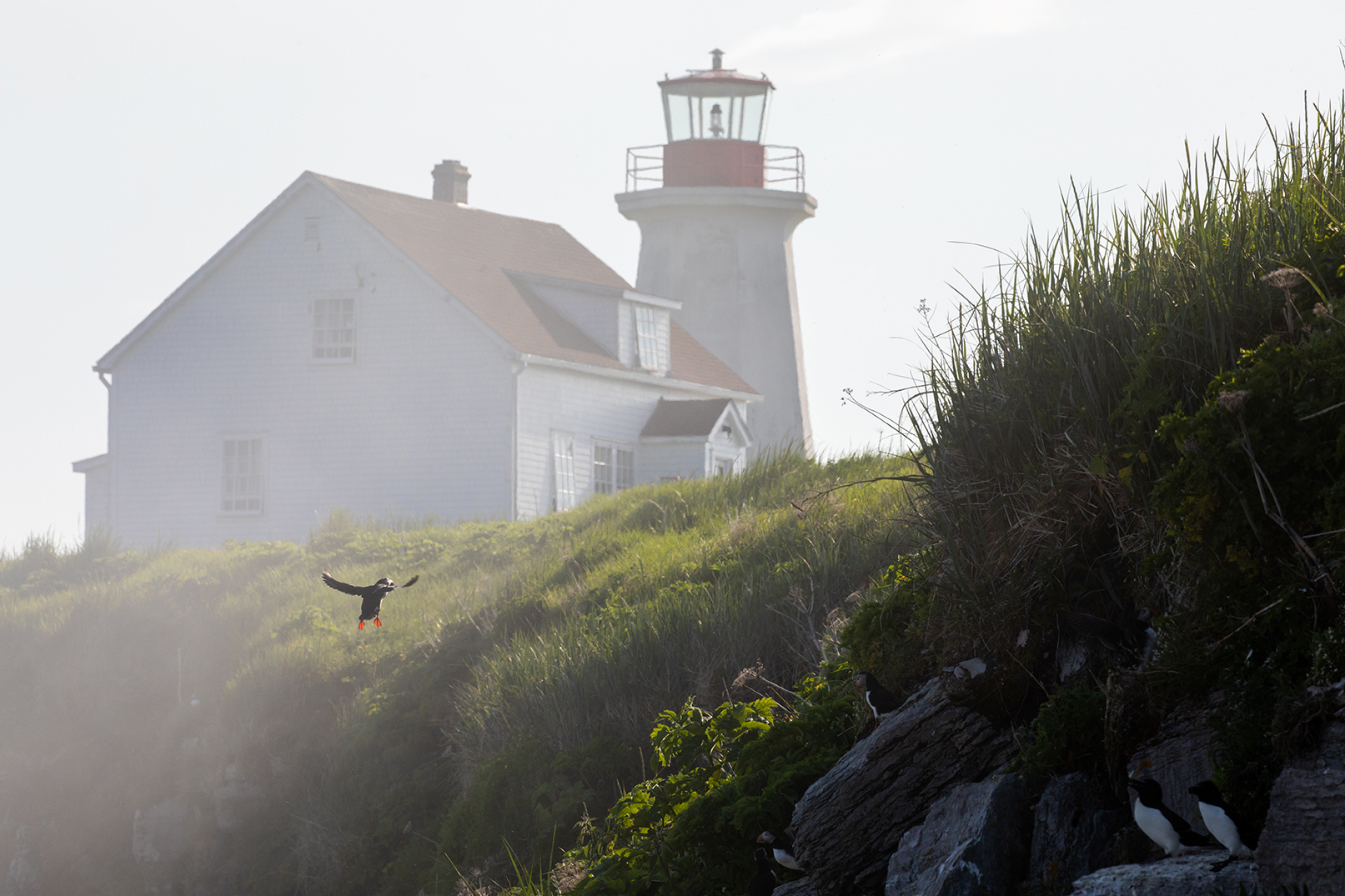 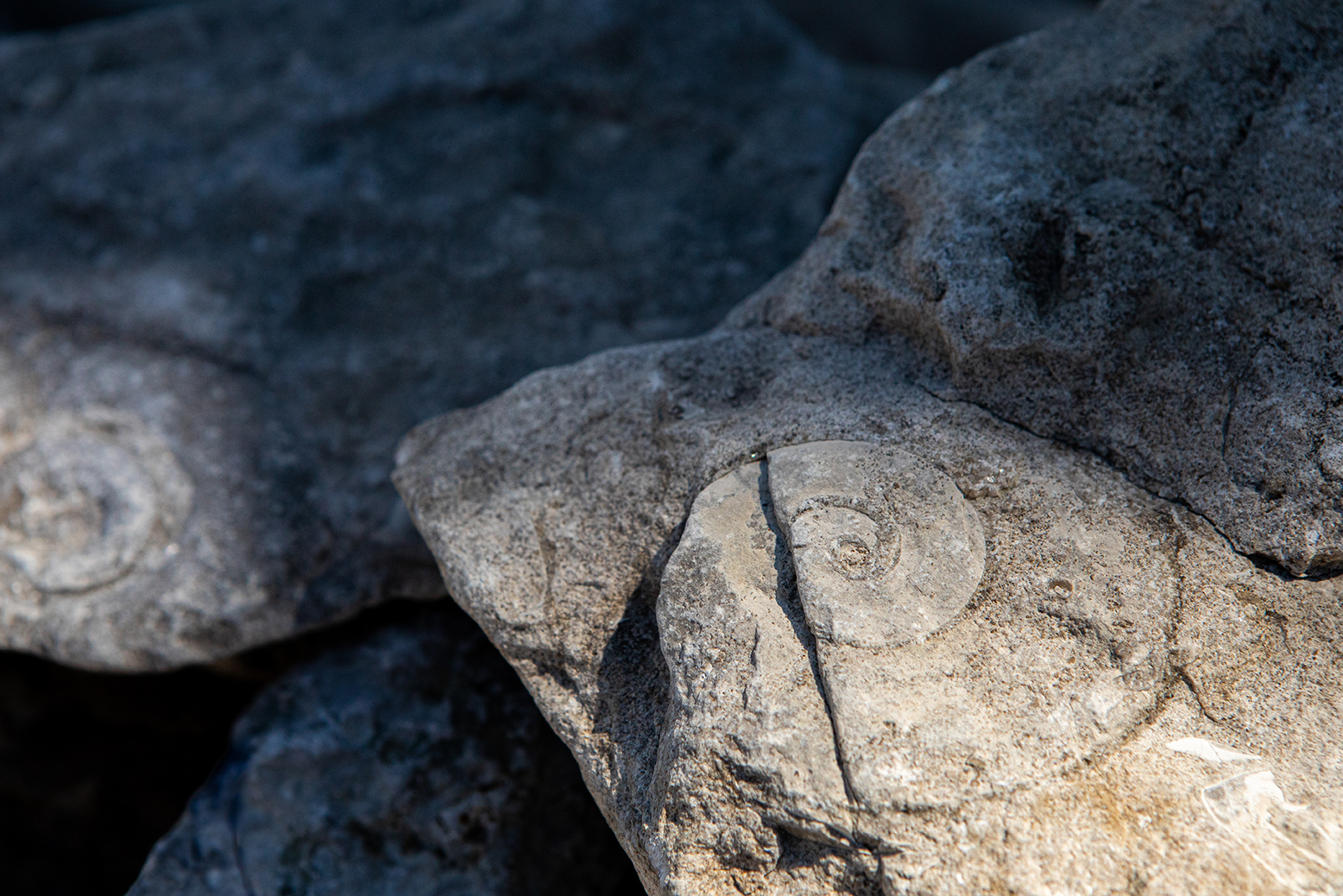 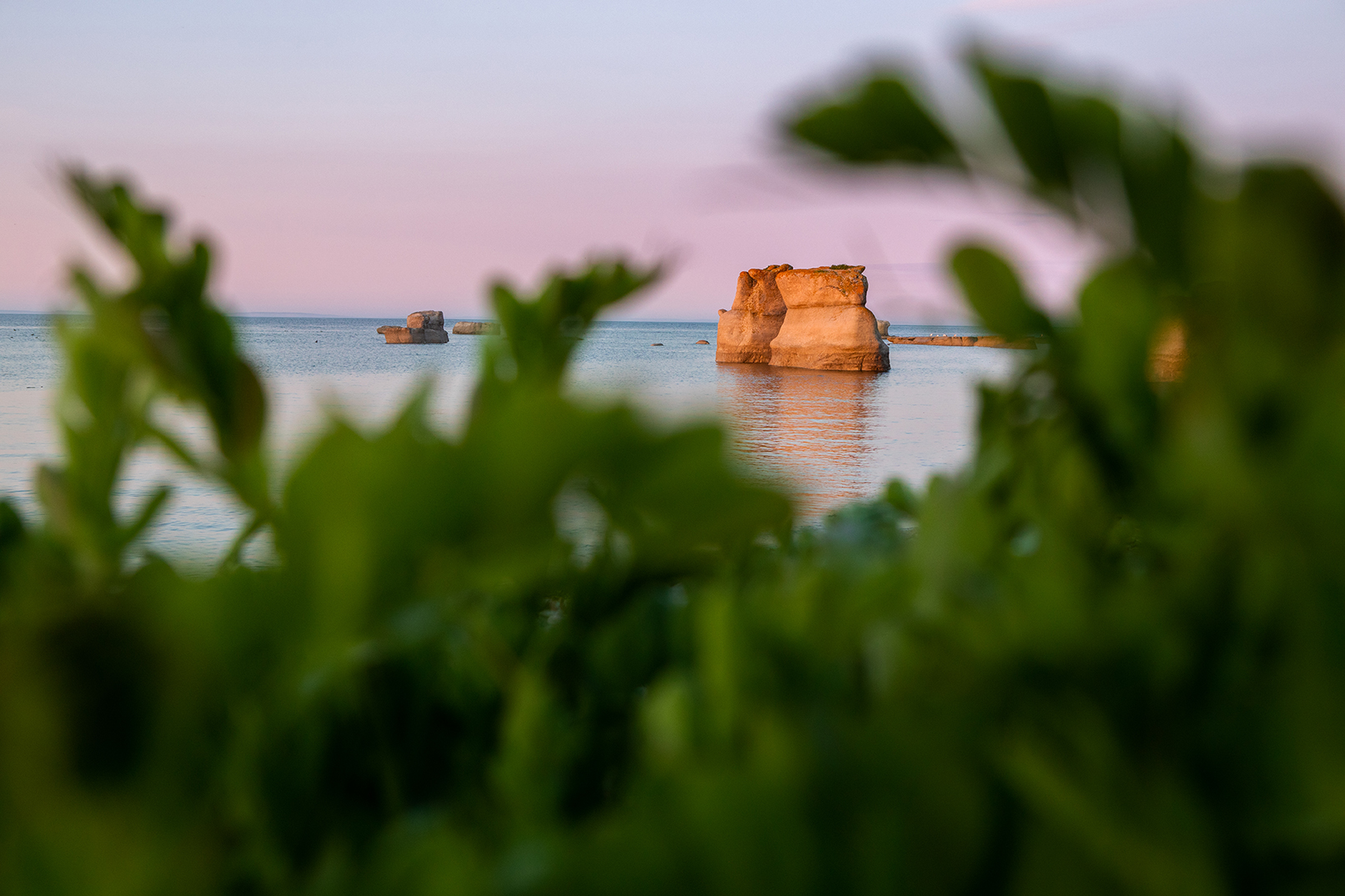 Starry skies above an oTENTik accommodation on Île Quarry. (Photo: Zach Baranowski/Can Geo)
Zach Baranowski (Instagram: @zachbaranowski) is an award-winning freelance photographer from the Greater Toronto Area now living in Squamish, B.C. His work has been published in La Presse +, Paddling Magazine and Reader’s Digest, among others.