The COVID-19 pandemic has devastated tourism — the World Tourism Organization calls it “the worst crisis that international tourism has faced since records began.” Worldwide, up to 120 million direct tourism jobs may be lost in 2020. As an industry that operates seasonally in remote locations, ecotourism has been hit hard.

“The industry is hugely impacted,” says Katherine MacRae. MacRae is executive director of the Commercial Bear Viewing Association (CBVA) in B.C. Bear viewing tends to have an international clientele who book well in advance — roughly 70 per cent of CBVA guests are from outside Canada. Since COVID-19 shut the borders, bear viewing operators have had to refund bookings already made for the 2020 season — and it may not be easy to replace that revenue with local bookings.

“Bear viewing essentially is out in the wilderness,” says MacRae. “It's not something you can just stumble upon. It doesn't necessarily have a storefront. We are in remote locations, and those remote locations are usually an hours-long boat ride or a float plane ride away.”

Many communities involved with ecotourism have minimal health infrastructure and are especially vulnerable to COVID-19. Homalco Culture and Wildlife Tours, an arm of Homalco First Nation, has run fall bear viewing tours for several decades at salmon-spawning rivers near Campbell River, B.C.; recently, the company has expanded to offer summertime cultural tours. Most of their visitors come from outside Canada. This season, all summer tours are cancelled and the staff camp in Bute Inlet is closed. Fall bear viewing is likely cancelled too.

“Similar to many other First Nations communities, we have a very high number of at-risk populations with health issues. A lot of those are Elders, and we just don't have a lot of Elders left,” says tourism development officer JP Obbagy. “We just felt that the risk is too great.”

Homalco Tours usually employs up to 14 seasonal staff. The company is in the middle of a million-dollar expansion, aiming to have their own boats in the water, their own storefront in Campbell River, up to eight more staff and year-round programming. But that will have to wait until after the pandemic.

COVID-19 hit during Inukpak Outfitting’s busy season. The Iqaluit-based company usually offers everything from half-day to two-week long dogsledding, kayaking, and fly fishing expeditions. Winter and spring bring in 75 per cent of revenue, says president Louis-Philip Pothier. Now, the territory’s borders are closed and all Arctic cruise ships are cancelled for the summer.

“That’s a huge drop for us,” says Martine Dupont, vice president of operations. “Our summer was fully booked and fully paid for, with people from Canada but also U.S. and international travellers, none of them will be able to come here.” 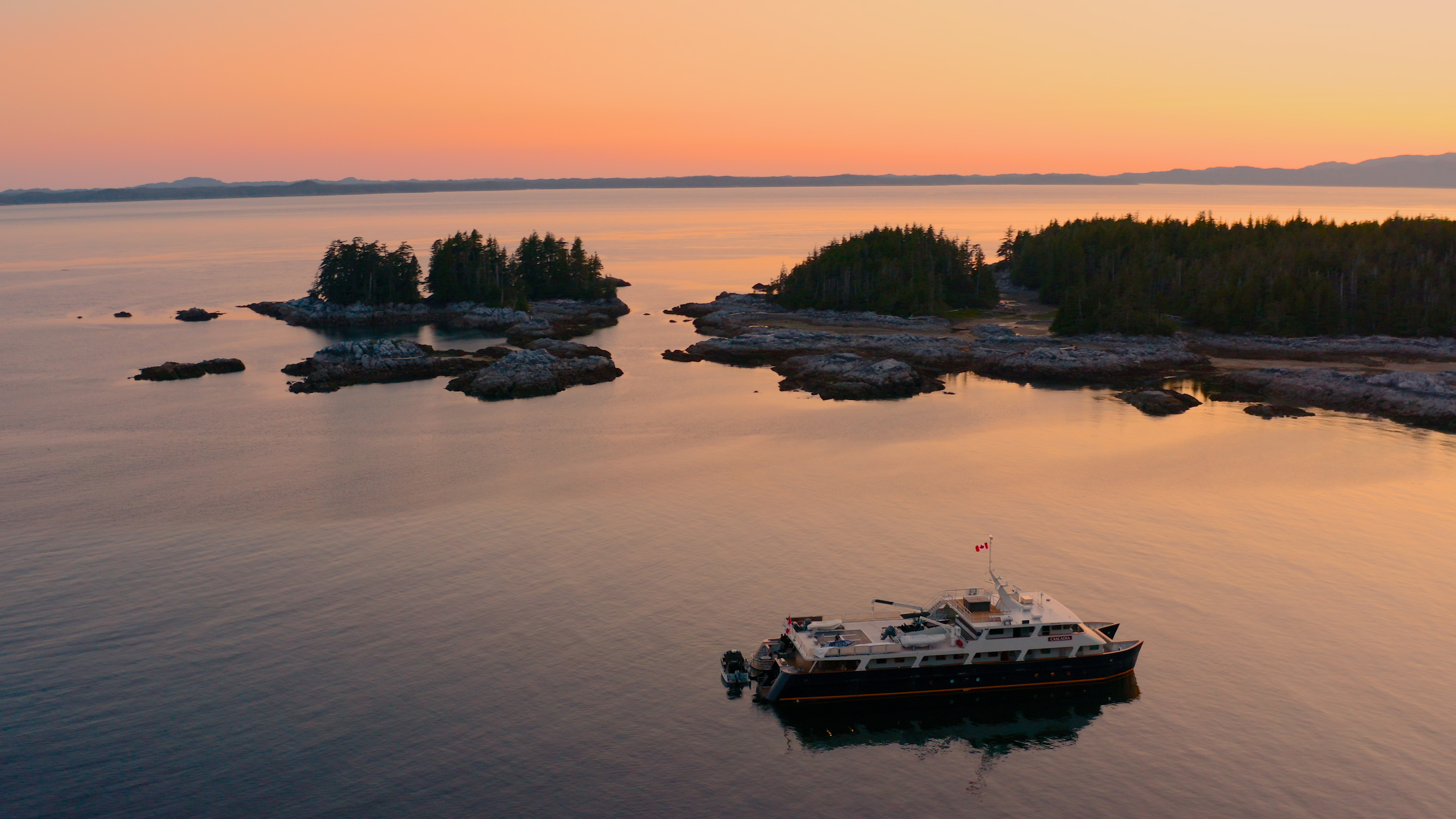 Close to 80 per cent of Inukpak clients usually come from outside Nunavut. Restricted to travelling close to home, locals are booking more short ‘staycations,’ but that brings in less revenue per person than outside visitors booking all-inclusive packages.

“Clients coming from outside of the territory are paying more,” says Pothier. “They're using more services. They're bringing more new money.” Tourism is a growing industry in the territory, with visitors spending around $300 million in 2018.

‘Falling through the cracks’

Ecotourism is a seasonal industry, and many operators spend the off-season repairing and investing in infrastructure.  As ecotourism gets more popular, operators are investing in new assets like boats or lodges.

“COVID-19 hit right at the junction between the expenditures and the trip operations,” says Maureen Gordon. Since 2001, Gordon has been co-owner of Maple Leaf Adventures, which offers boutique expeditions in and around the Pacific coast. Maple Leaf Adventures bought a third ship in 2019. A growing industry is usually a good news story, says Gordon — but now operators face a shortfall.

“Most people are going to lose their entire 2020 set of revenues, which is millions and millions of dollars,” she says. Her company is not currently running any trips. Some trips may go ahead in the fall, but that would still constitute less than half of their normal activity. While Gordon appreciates the CERB, and the wage subsidy for their current skeleton staff, Gordon says the government needs to better understand ecotourism’s seasonal business cycle. MacRae says a grant or no-interest loan would help ecotourism businesses survive 2020.

“Seasonal operators are falling through the cracks of government systems.”

Industry groups are calling on governments to provide working capital grants, broaden the commercial rent assistance program, and implement other relief measures. In a statement on May 28, Walt Judas, CEO of the Tourism Industry Association of British Columbia, said that without visitors and revenues, tourism operators need cash. “Few have any cash reserves to meet their current expenses, let alone have enough to begin operating again.”

On June 11, the federal government announced a $16 million stimulus fund to support the Indigenous tourism industry, to be administered by the Indigenous Tourism Association of Canada to businesses that have lost revenue due to COVID-19.

Many ecotourism operators rely on mainstream tourism for clients. Fred Stillman runs Kattuk Expeditions in Nova Scotia. Tourism is big business in the province, with 2018 revenues of $2.61 billion. Many clients come to Kattuk’s kayak, hiking and biking tours around Nova Scotia from cruises and conventions.

With no cruise ships allowed in Halifax, likely for the rest of the season, a large chunk of revenue is gone. The city’s conventions business has also been scuppered by the pandemic.

“That may just change forever,” says Stillman. “The impact is really dramatic.”

Kattuk’s main business is tours to Sable Island, a National Park and Reserve about 300 kilometres out to sea. Stillman works with the Sable Island Institute and Parks Canada to run a program that respects the delicate, self-contained ecosystem. Many Sable-bound clients come from Ontario and Alberta; Stillman estimates that 70 per cent of his revenue comes from outside Nova Scotia. That revenue is now in jeopardy.

Love, wonder, and fighting back

Tourism has well-known environmental impacts, but ecotourism operators know their livelihood depends on the environment. The more people that you can get to fall in love with an area, the easier it is to protect, says Stillman. For him, working with conservation groups is a win-win.

He’s seen many people inspired by visiting Sable Island who pass on their love through art and stories. If nobody visits Sable, he says, “then all of that magic just gets lost. And if it gets lost, then when someone wants to drill for oil on Sable… the government might say, well, no one really cares.” If people know about the magic, he says, they fight back when wild places are threatened. 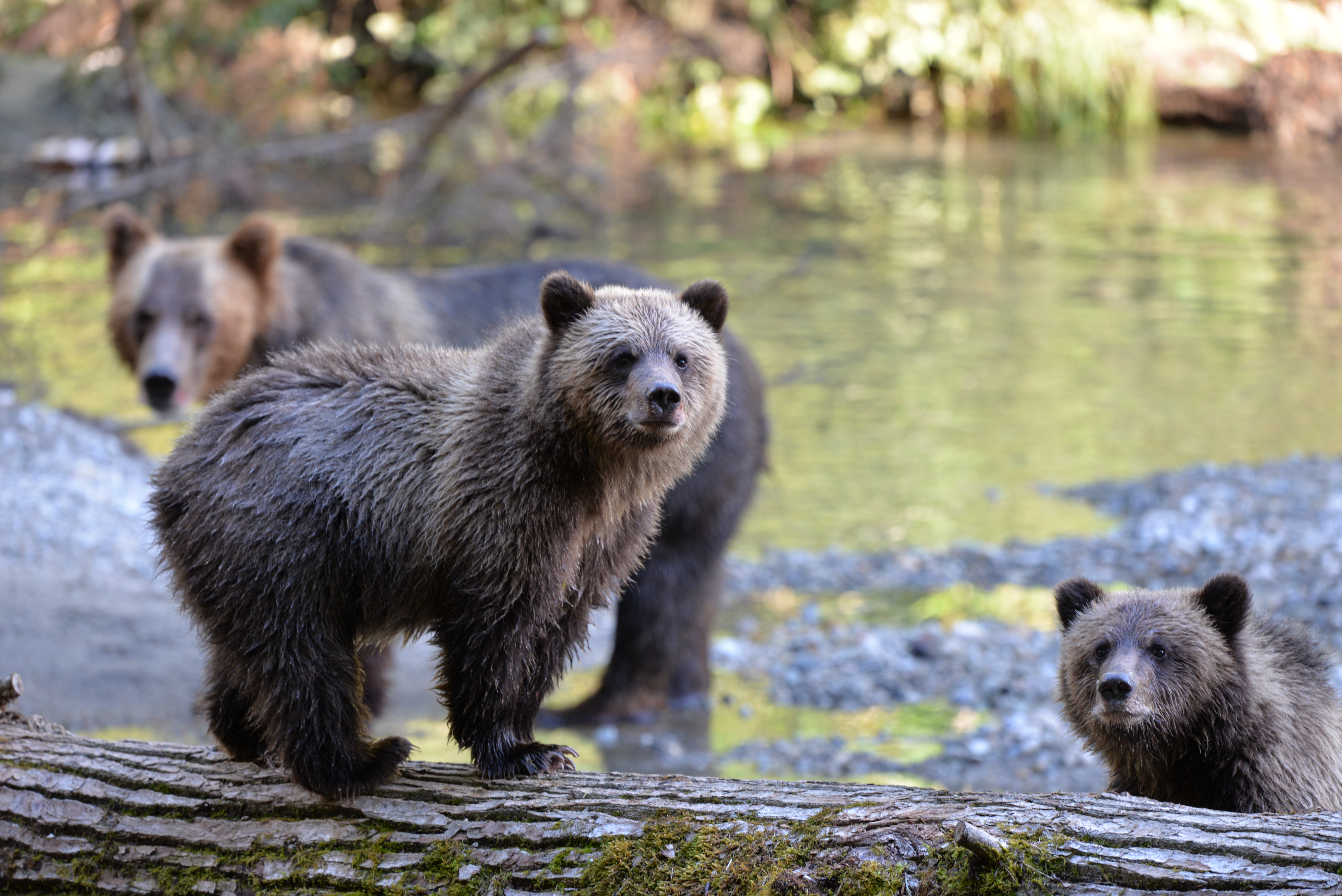 The Commercial Bear Viewing Association was founded partly to provide a unified voice against the trophy hunt for grizzly bears. Last year, the association raised more than $100,000 for the Grizzly Bear Foundation through a bear viewing licence. The licence was created by the CBVA to make up for the conservation revenues lost with the closure of the hunt.

“The bears will always come first,” says MacRae, “because without the bears, we don't have a business.”

Gordon says their relationship with the coast is symbiotic: “We protect it, it provides wonder, which fuels our business, because ultimately our business is about celebrating that wonder.”

The company has protocol agreements with coastal First Nations and supports 1% for the Planet, which donates one per cent of revenues to conservation – a number that “is definitely going to be reduced this year.” It also supports research projects on local wildlife, including a ten-year agreement to help fund a population study of carnivores in the Great Bear Rainforest, co-run by Raincoast Conservation Foundation and four First Nations.

But, says Gordon, “our unique contribution [to the conservation of the coast] is to prove that conservation-based business can be a success.”

Gordon sees an opportunity for Canadian ecotourism after the pandemic.

“More and more people are going to be asking themselves, what kind of a trip do I want to go on? I want to go on something that's responsible and meaningful,” she says, believing that on the world stage, Canada stands out with “marquee experiences” such as bear viewing. “What we want is for these amazing experiences of Canada to survive this pandemic.”

While Gordon is confident her business will make it through, she’s not taking the pandemic lightly.

“We will survive this crisis. But it is an incredible crisis that is affecting all tourism businesses in an absolutely catastrophic manner.”

A pandemic means rethinking everyday procedures. In Nova Scotia, Kattuk Expeditions is sanitizing and soaping down kayak gear between every use — and bidding a temporary farewell to gourmet offerings like chocolate fondue picnics. They’re also pivoting to local clients. 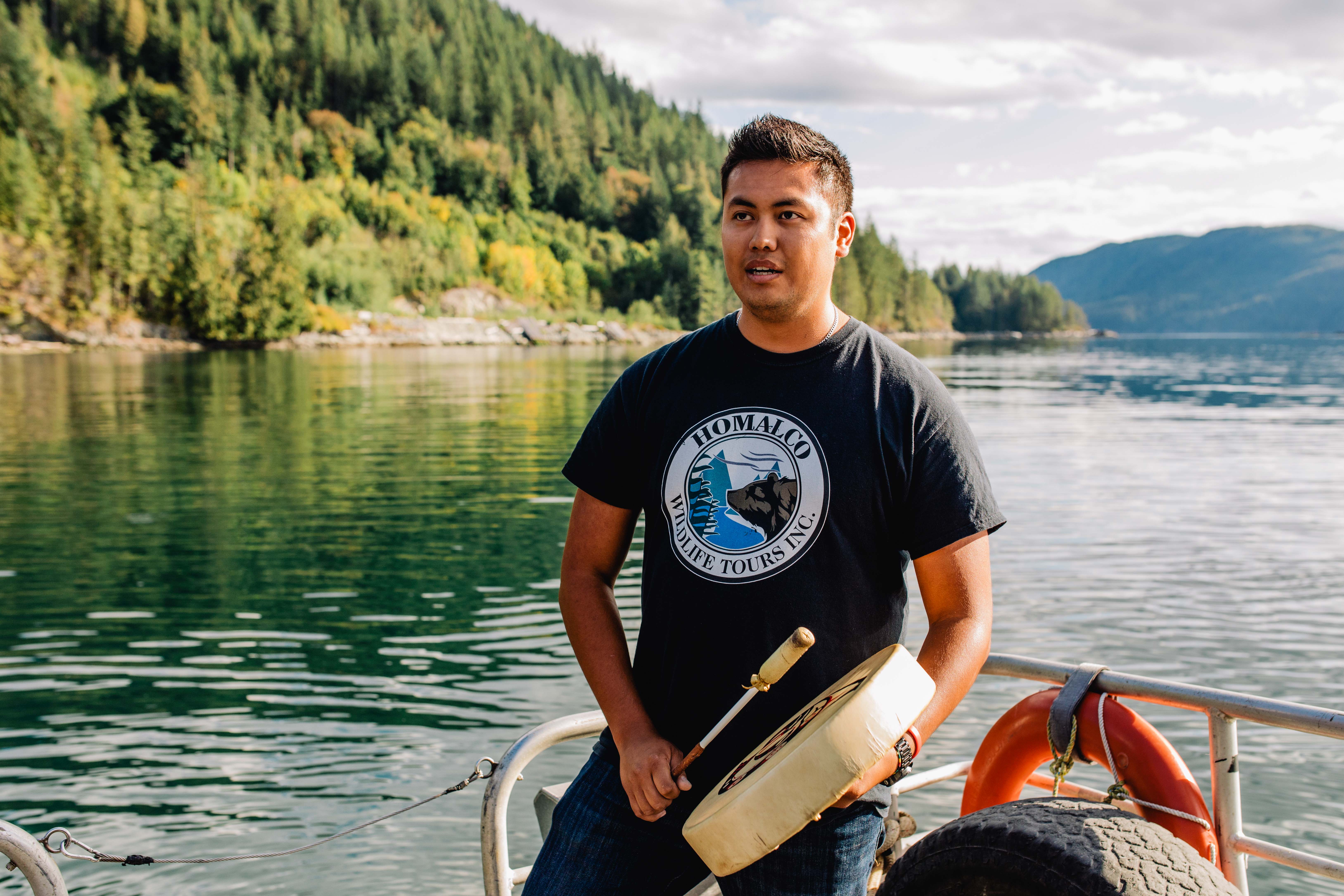 A guide plays the drum during a tour of Bute Inlet, B.C., with Homalco Cultural Tours. (Photo: @HomalcoTours)

“People can't afford to spend high figures on kayak tours,” says Stillman. “We have to tailor the tour to be able to charge less, but work harder to make that money.” But challenges are part of entrepreneurship. “If you can't handle change, or circumnavigate obstacles, then it's probably not for you.”

“It’s pretty cool to watch bears when they’re doing their thing. If we can’t offer it for people to come in and do it live, then we can give them the next best thing.”

In Iqaluit, Inukpak Outfitting is taking comfort in a uniquely northern metaphor.