For the Love of the Pronghorn 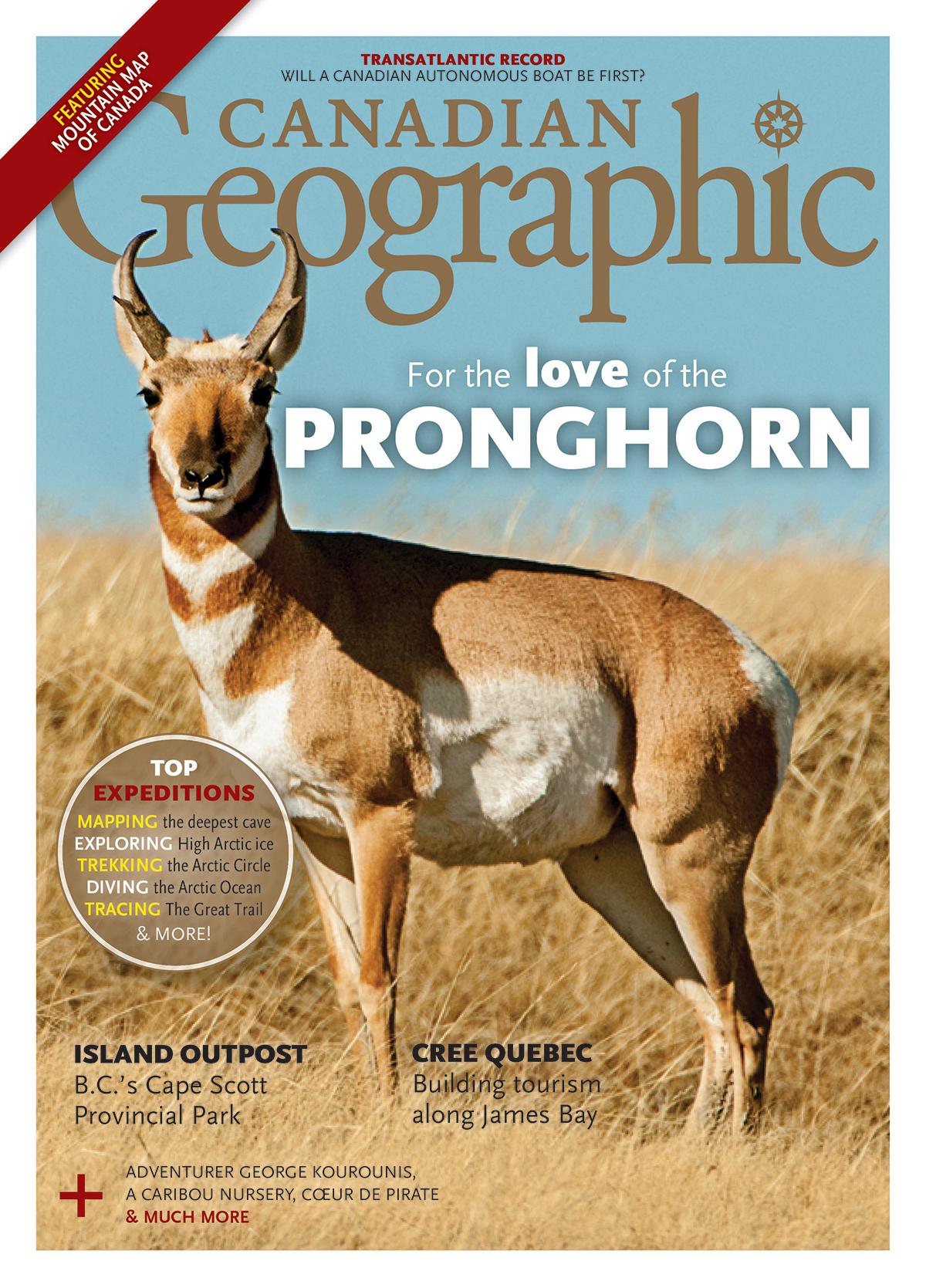 THE EXPEDITIONS
A look at the latest expeditions funded by The Royal Canadian Geographical Society
Online Exclusives:
Read more about the Bisaro Anima expedition
See more photos from the Enduring Ice expedition
Read a Q&A with Adam Shoalts about his epic expedition
Watch a video of Dianne reflecting on her expedition

FOR THE LOVE OF PRONGHORNS
The story of a biologist’s lifelong study of an endangered species — and its future
Online Exclusive: Watch Alanna Mitchell read an excerpt from her feature

EEYOU ISTCHEE
The residents of ‘the people’s land’ are opening their territory — culture, waters, polar bears and all — to visitors. The only question is, will they come?
Online Exclusive: See more photos that showcase the landscape, communities and people of Eeyou Istchee

THE PARK AT THE EDGE OF THE WORLD
Isolated at the northern tip of Vancouver Island, the staff at Cape Scott Provincial Park spend their summers trail building, trekking hundreds of kilometres and putting their physical and mental endurance to the test
Online Exclusive: See more photos of Cape Scott Provincial Park and those who spend their summers living and working there

A TRIBUTE TO LOUIE KAMOOKAK
A reflection on the life of the renowned historian, who was instrumental in fi nding Sir John Franklin’s ships
Online Exclusive: Read former cabinet minister Leona Aglukkaq and historian Kenn Harper's tributes to Louie

THE ULTIMATE GREAT TRAIL QUIZ
25 questions to test your knowledge of Canada’s country-crossing, coast-connecting trail system
Online Exclusive: You've read all about The Great Trail; now test your knowledge with our Ultimate Quiz for a chance to win great prizes!

On the map
Exploring cartography

Infographic
The Canadian autonomous boat that could be the first to cross the Atlantic
Online Exclusive: Teachers! Bring this and other science innovations into your classroom