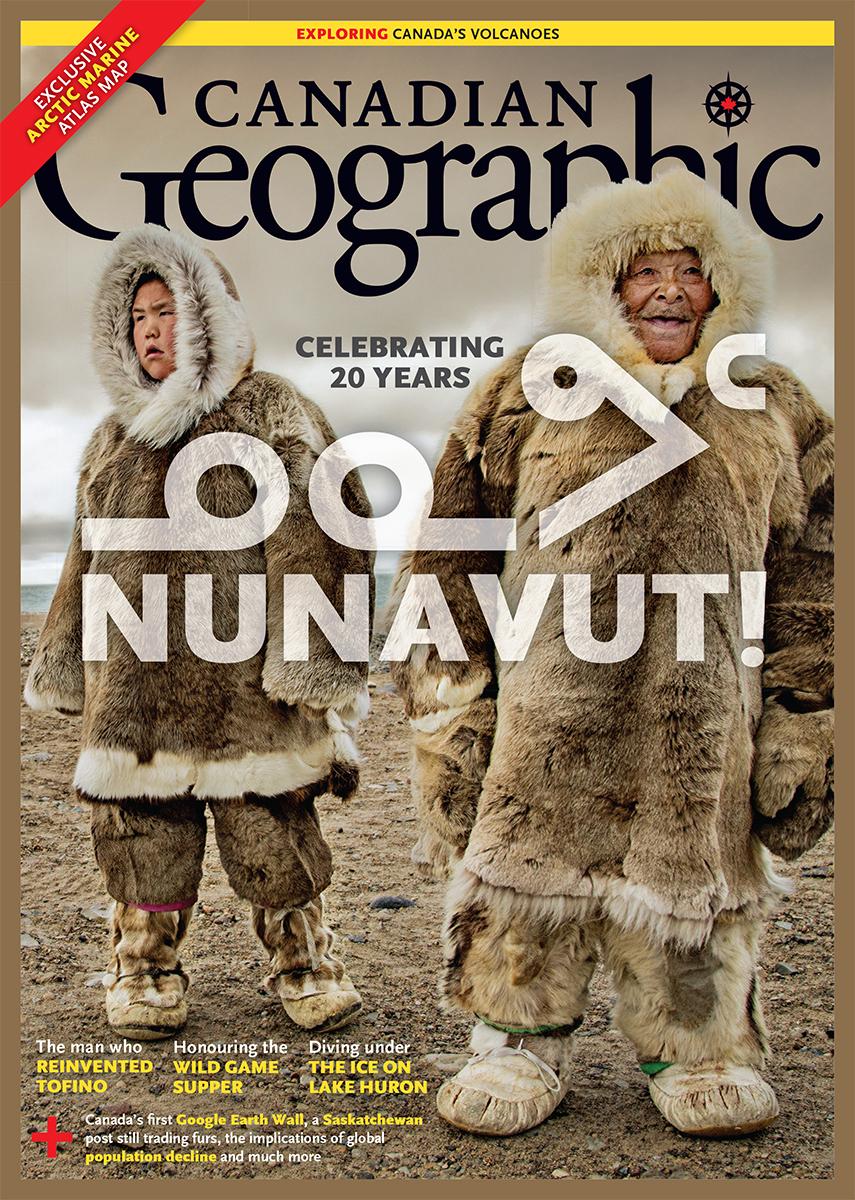 OUR LAND, OUR STRENGTH
Reflecting on 20 years of Canada’s newest territory, Nunavut
Online Exclusive: Read the 1999 Canadian Geographic story that celebrated the creation of Nunavut

VOLCANO ALLEY
Unbeknownst to the millions who pass through them every year, the mountains of southwestern British Columbia form an active volcanic region that could be on the brink of cataclysmic change
Online Exclusive: Learn how the volcanic record in B.C.’s Garibaldi Volcanic Belt could harbour clues to past climates

THE INN THAT BUILT TOFINO
How a tiny town on the edge of the continent went from stormy outpost to revered eco-tourism hot spot
Online Exclusive: Find out how Parks Canada's CoastSmart program is helping to keep Pacific storm watchers and surfers safe

‘IT’S KIND OF WHAT I IMAGINE OUTER SPACE TO BE LIKE’
Exploring the underwater world beneath the frozen surface of Ontario’s Georgian Bay
Online Exclusive: Watch a video of freediving under the ice of Georgian Bay

THE EARTH WALL
50 Sussex, Canada’s Centre for Geography and Exploration, is home to the country’s only Google Earth Wall, technology that allows you to explore Canada and the globe in new ways — and on a grand scale
Online Exclusives - Explore the Voyager stories:
Diving into the planet’s water resources with Jill Heinerth
Indigenous cultural heritage
Residential schools in Canada
Canada’s original place names

Wildlife
Grizzlies on cam, lavender genomes, CWD appears in the East and more

History
How a political battle put Newfoundland on the map