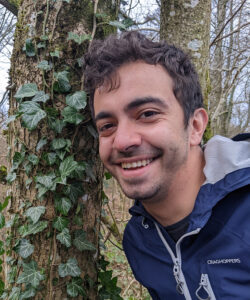 A new network will bring together three of the largest urban parks in Canada. The new partnership, named Cornerstone Parks, will connect the major parks in Canada’s three most populous cities — Mont Royal Park in Montreal, Stanley Park in Vancouver and High Park in Toronto.

An early morning jog through colourful fall foliage, a blood-pumping cross-country ski session in the dead of winter, a smoky barbeque under the summer sun. During the last 12 months, city dwellers across Canada have become dependent on urban green spaces for an escape from the isolation of the pandemic. With more than 80 per cent of Canadians now living in cities, and a combined 17 million people visiting these three parks each year, urban parks are facing growing pressure. The new partnership will seek to ease this by giving non-governmental organizations serving the parks — Les amis de la montagne, Stanley Park Ecological Society and High Park Nature Centre — a line of communication through which they can share knowledge, experience and resources.

“For decades there have been groups on the ground making fantastic things happen in their parks,” says Dave Harvey, founder and executive director of Park People, the organization behind Cornerstone Parks. “But there’s never been any kind of local or national organisation to bring people together, share best practices and learn from each other.”

Jon Hayes, programme director at High Park Nature Centre, is already feeling the benefits of the new network. As well as bolstering their volunteer programme, the Cornerstone Parks partnership will help his organization involve youth groups in important ecological projects such as the planting of native species in place of invasive species. Native species such as savannah plants, according to Hayes, are also great at carbon capture, helping to reduce heat island effects in urban areas.

“By improving the ecological resilience of the park, we’re also contributing to social resilience” says Hayes. “When people plant a native plant, they’ll come back and revisit it. It’s a little landmark in their mind that they can connect with and care about. They’re then more likely to treat parks with care and have better environmental behaviour long term.”

Harvey hopes that in the future more urban parks will join Cornerstone Parks, such as Assiniboine Park in Winnipeg, Fish Creek Provincial Park in Calgary and Point Pleasant Park in Halifax. With another busy summer ahead for urban parks, Harvey is positive the project will provide a timely boost.

“It’s exciting and it’s never been done in Canada before. I think it’s going to really shine a light on the vital importance of these spaces.”