Shutting off the high seas to commercial fishing might be an economically and environmentally sound option for the world’s fisheries and maritime nations: UBC research 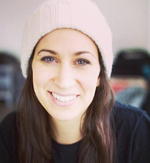 Shutting off the high seas to commercial fishing might be an economically and environmentally sound option for the world’s fisheries and maritime nations, according to new research from the University of British Columbia (UBC).

Director of the UBC Fisheries Economics Research Unit Rashid Sumaila led the study on the high seas fishing industry, and states that international waters should be protected much like a global fish bank. Sumaila began the project in 2012, and presented this weekend at the 2015 annual meeting of the American Association for the Advancement of Science (AAAS).

“I was thinking in terms of economics,” Sumaila says. “The density of fish in the high seas is not much at all…about 10 per cent of the global catch comes from there. So it’s really expensive to catch the fish there because you have to search.”

Although Sumaila’s investigation into a no-fish high seas scenario was initially deemed outlandish, the study was eventually given the go-ahead. By examining worldwide catches and gross value generated by weight, he compared fish catches from coastal waters and the high seas.

Presently, 10 countries control a whopping 71 per cent of catches collected in international waters. The findings showed that a potential moratorium on the high seas would result in more equitable income distribution in maritime nations. The least advanced fishing nations were found to gain the most from the closure of the high seas. In a catch-neutral framework, Canada would profit by $125 million (USD) per year. The United States would see landed values increase by over $250 (USD) per year.

While Sumaila says much foreseeable good could come of this even-handed division of capital, some countries would be at a disadvantage. If the high seas were to close and catch neutrality maintained, South Korea, Taiwan and Japan would lose approximately $800 million (USD) per year.

Sumaila acknowledges the extreme challenges that come with banning high seas fishing en masse. In spite of a long list of roadblocks inhibiting the proposal’s implementation, the continued growth of ocean trawling may soon call for regulatory reform, especially given the lack of enforcement measures in international high seas treaties.

San Diego State University associate biology professor Rebecca Lewison called for an incentivized approach to restructuring at the AAAS. “In the high seas, the incentive isn’t going to be a hammer, it’s not going to be a stick, it’s going to be a carrot,” said Lewison.

No matter the method, Sumaila is intent on combining his vision with the improved management of fishing in exclusive economic zones throughout the world.