Surfing soul sisters get wet ’n wild on their own terms
By Tracy C. Read
Advertisement

In the half century or so since the Beach Boys first harmonized about California surfing culture, the public perception of the sport has pretty much clung to one clichéd narrative: cool dudes conquering huge curls as girlfriends watched from the sidelines. “Two girls for every boy,” sang Jan and Dean in “Surf City.” They weren’t talking about how many women were out there shredding waves.

Even now, there’s no more familiar scenario in the sporting world than the one in which the lion’s share of the attention — and money — goes to the men. But in the chilly waters off Tofino, B.C., where wetsuits displace bikinis as surfing garb, sisters are doing it for themselves. On October 5-6, Queen of the Peak, an all women’s surf contest that celebrates women surfers of all ages, marks its fourth anniversary. For Krissy Montgomery, owner of Tofino surf school Surf Sister, co-founder of the event, it’s a way of levelling a choppy playing field and promoting the spirited camaraderie that women bring to this dynamic sport.

“When I first started out, they didn’t even make wetsuits and equipment for girls,” Montgomery recently told Judi Zienchuk of Ryerson’s McClung’s Magazine. As a result, her early surfing gear constituted hand-me downs from supportive male friends. But in 2009, when Tofino was chosen to host the Cold Water Classic and eager female surfers discovered they were locked out of the men’s only surf competition, Montgomery and her Tofino pals realized they’d have to chart another course. Their own course.

Equality in the water is what Queen of the Peak is all about. With longboard and shortboard events in 20-minute heats at spectacular Cox Bay or Chesterman Beach (depending on conditions), this year’s competition also features two added categories — Princess of the Peak for girls under 16 and a Master’s division for women 40 and up. There are cash prizes, a complimentary massage tent, free child care and dog-sitting services, and all proceeds are donated to the Keep a Breast Foundation. Queen of the Peak’s other co-founder is Shelter Restaurant, which hosts a wine and cheese and is the go-to dining spot for the duration.

With women representing roughly a third of surfers on its waves at any given time, Tofino is arguably one of the most female-surfer-friendly locations per capita in the world. And to their credit, west coast guys seem to be more than happy about it. 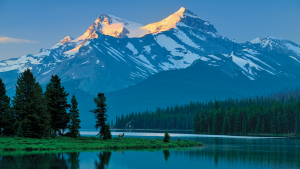 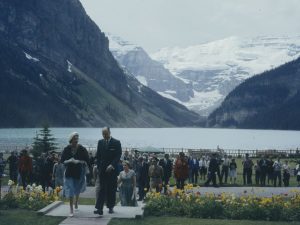