Looking back at Joseph Burr Tyrrell's contributions to Canada 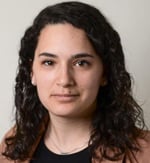 One of the world’s largest displays of dinosaurs is at a museum near Drumheller, Alta.

The Royal Tyrrell Museum of Palaeontology, which opened in 1985, is named after the man who discovered the Albertosaurus. While on his first independent task for the government’s geological branch, Joseph Burr Tyrrell made the dinosaur discovery in 1884, a few kilometres from where the museum is now.

But Tyrrell did more than discover the 70-million-year-old skull of Canada’s first known meat-eating dinosaur. He mapped vast areas of western and northern Canada, as well as finding coal and oil deposits in Alberta.

In December 1953 the Canadian Geographical Journal ran a three-page biography of Tyrrell, then 95, “still active” and honorary president of The Royal Canadian Geographical Society. Tyrrell was the first person selected for the biographical series, featuring “some of the more important geographers who have been responsible for securing the primary information for the making of the map of Canada.”

Tyrrell was born in Weston, Ont. and began working for the Geological Survey of Canada a year after graduating from the University of Toronto. While mapping and studying the geology north of Calgary and east of the Rockies he made the Albertosaurus discovery. After removing the fossil and taking it to Calgary, Tyrrell went on to map parts of Manitoba, including streams entering Lake Winnipeg from the east.

“The mapping of all these waterways, with the study of the bedrock geology and also of the Glacial features and history was a most noteworthy accomplishment,” biographer F. J. Alcock wrote.

Alcock wrote that Tyrrell was probably best known for his next explorations: traversing a large area of northern Saskatchewan, mapping the Black, Cree, Foster and Haultain rivers and Wollaston Lake.

“It was during this season while in the Lake Athabasca region that he gained information about a route to a great northward-flowing river and he decided if he could secure permission he would endeavour to explore it the following year,” Alcock wrote, adding the only information about part of the route came from Samuel Hearne of the Hudson’s Bay Company, who crossed it on foot more than 120 years before.

In June 1893, Tyrrell lead his brother and six “canoemen” from Fort Chipewyan, according to Alcock. That September, they reached Hudson Bay at the mouth of Chesterfield Inlet.

“With provisions exhausted, with the men suffering from frostbite, hampered by snowstorms and floating ice which cut the canoes, the party nevertheless finally succeeded in reaching Fort Churchill,” Alcock wrote. “From here it was a journey of 800 miles by snowshoe and dog-team to reach the railway at Winnipeg and it was January 11, 1894 when Tyrrell reached Ottawa.”

The following field season, Tyrrell crossed the region again on a different route. During his career, he also spent time in Yukon, including making a survey and visiting the new Klondike placer gold district in 1898. He later returned as a private consulting engineer.

“Tyrrell’s contributions were not merely in the field of exploration. His geological findings, particularly in the field of Pleistocene or Glacial geology, brought him world-wide recognition,” Alcock wrote. “His interest too in the history of the regions which he transversed is shown by his publications, particularly those relating to some of the great explorers of Canada.” 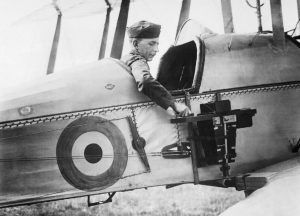 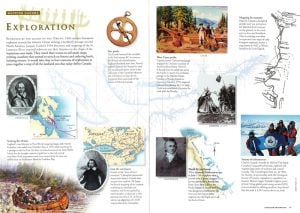 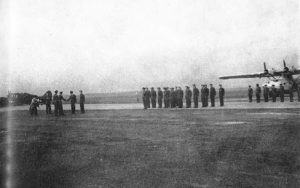