Driving some 8,000 kilometres from east-central Africa to the Mediterranean Sea on the continent’s north coast would be an ambitious trek today, but imagine making the journey in the mid-1930s.

That’s exactly what writer Dr. William L. Webster did for his story “An African Holiday,” which appeared in the March 1935 edition of the Canadian Geographical Journal [Read it here]. The story gives insights into Africa’s geography and society of the time — a place where the map was much different than it is today — and a glimpse of general mid-20th century Western views.

The article recounts Webster’s journey — during a “rest-cure” from his research work in the Cavendish Laboratory at England’s University of Cambridge — from Nairobi, Kenya, northwest to Algiers, Algeria, between Dec. 27, 1933 and Feb. 8, 1934. Not long after it begins, he describes the surroundings:

“The road circles about the base of Mount Elgon, one of the huge volcanic mounds that characterize East Africa. Only for the reason that it does not reach the snow-line is it less striking than Mt. Kenya and Kilimanjaro. But it is striking enough for it is the only interesting feature in an otherwise dull landscape of rather scrubby country.”

In Tororo, Uganda, Webster stops to “pick up a native boy, Abu, who is to look after me as far as Kano in return for his passage,” and notes “He speaks English, looks clean, and seems well trained.”

As the expedition progresses, Webster makes much of the accommodations — (particularly those he finds lacking), the numerous ferry crossings (the infrastructure still developing) and the scenery. Some highlights:

“After breakfast, a look at the Ripon Fall which, as the source of the Nile, are a little disappointing.”

“After a day’s rest, we drive to Kabale — the jumping-off place in Uganda for the Belgian Congo. It is one of the finest day’s runs I have had on this continent. The roads are winding and narrow but the scenery is magnificent.”

“A short sidetrack takes us to the top of a long hill overlooking beautiful Lake Bunyoni. Then we take to a road that for the first 40 miles is sheer magnificence—across a series of valleys separated by high passes. Long winding lakes, from which island hillocks of green jut out, thread all these valleys and the views from the passes are the finest I have seen in Africa.”

In all, it’s an epic adventure that travels through Kenya, Uganda, Belgian Congo (the present Democratic Republic of the Congo), French Equatorial Africa (modern-day Central African Republic, Chad, Gabon, Republic of Congo and Cameroon), Nigeria, French West Africa (Guinea, Ivory Coast, Mauritania and Niger today) and Algeria, and made all the more impressive when one considers the automotive technology and African road conditions of the 1930s.

As the editor of this same magazine today, reviewing this story from 80 years ago, I’m reminded me of the importance of the historical record our team is creating with each issue — both in terms of geography and society. We’re dedicated to delivering unbiased, factual accounts of our world as it is now, but how might our planet change in the future that where we write about today might not exist in its current form tomorrow? Or how might our societal norms alter, and with them future generation’s opinions of how we lived? It’s a sobering thought. And one, undoubtedly as our predecessors did, we take very seriously.

Read “An African Holiday,” which appeared in the March 1935 edition of the Canadian Geographical Journal here. 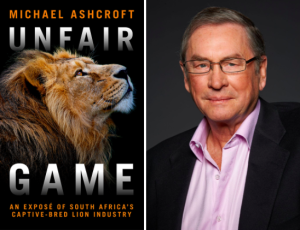