For wildlife photography pros shooting Nikon, the company’s 70-200 mm, F2.8 lens has long been an essential part of the kit. In my work as a Canadian Geographic editor, I’ve often admired the crispness and saturation that our photographers are able to produce with this lens, and its range of focal lengths is just about perfect for shooting wildlife at relatively close range.

Enter Nikon’s new, cheaper 70-200 mm lens. With a maximum aperture of F4, it isn’t quite as fast as its more expensive cousin, but given that its price tag is $900 lower, that’s exactly what you’d expect.

This past week, I took this lens out for a test drive at the World Birding Center in Texas’ Rio Grande Valley, and came away impressed with both. With sightings of over 500 species, this area along the Mexican border is one of the richest birding areas on earth. In just a few days I managed to catch up with hawks, egrets, herons, green jays, kiskadees, mockingbirds and screech owls, to name just a few. I even spotted a bobcat lounging in a dry creek bed, probably resting between chachalaca hunts. These noisy, ground dwelling birds make easy prey for the area’s big cats.

The gnarled branches and sparse leaves of mesquite trees dominate the scrubby forests along the Rio Grande, and it’s pretty easy to spot birds beneath the spacious canopy, given that they’re so plentiful. The mesquite’s long, twisting branches create complex depths of field, and in the crowded compositions this forces photographers to work with, I found that with Nikon’s new 70-200 mm lens my camera front focused more often than with other lenses in my kit. A few shots came out with tack sharp branches and blurry birds, but it wasn’t enough to prevent me from coming away with plenty of images that I like.

The third generation vibration reduction system on this lens worked incredibly well. Even at longer focal lengths, I was able to make crisp images, as long as I used a fast shutter speed. 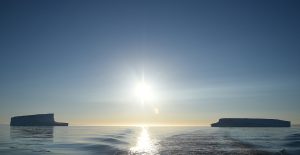 See photos that will inspire you to put Baffin Island on your list of summer getaways, and read a review of the camera equipment (provided by Vistek and Nikon Canada) used to capture them. 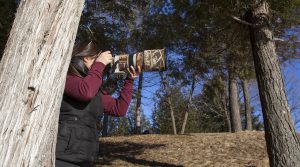 With bird and wildlife photographers in mind, Canadian Geographic decided to give some of this season’s best camera accessories a test run. 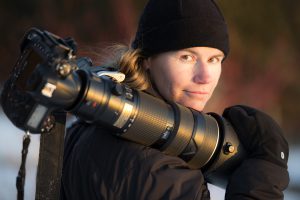