The struggle to keep the Experimental Lakes Area

Of the innumerable lakes glaciers created when they scoured the bedrock of the Canadian Shield millions of years ago, the 58 that make up the Experimental Lakes Area (ELA) northwest of Kenora, Ont., are unique in that they’re part of the world’s only full-lake laboratory.

The lakes allow scientists to study the impact of pollutants on entire ecosystems, and, since opening in 1968, have provided reams of invaluable data. But for the past two years the ELA has been making headlines for reasons other than research.

“It was May 17, 2012, the day that changed so many of our lives,” says Diane Orihel, who at the time was a visiting University of Alberta graduate student who’d been working at the ELA on and off for a decade. She remembers seeing the facility’s scientists as they made their way to the meeting where Fisheries and Oceans Canada officials announced that the ELA’s federal funding would be cut.

At first she was shocked. Then she acted. “I felt like I needed to be a voice for the muzzled scientists in the room,” she says. Familiar with the ELA’s research, politics and, unlike the full-time scientists who worked there, not an employee of the federal government, she was well positioned to speak her mind.

A few days after the announcement, she had helped found The Coalition to Save ELA, a rallying point for thousands of the organization’s supporters from around the world. But despite the outcry over the government’s decision, nothing changed. Come the end of March 2013, federal funding would cease. But as winter descended on the ELA, hope came in the form of a private group that had been quietly watching from the sidelines.

The International Institute for Sustainable Development, a Winnipeg-based global policy think-tank, had been watching the ELA since the budget cuts were announced. In May 2013, the institute signed an agreement with Fisheries and Oceans Canada to negotiate for the transfer of the ELA. Another year of negations would pass before the institute officially took over the ELA.

Mathew McCandless, the ELA’s new executive director, says although the IISD is a group that doesn’t actually do any science, it’s well positioned to lead the renowned facility. “A large number of us have backgrounds in engineering and science,” McCandless says. “So a lot of the policy research we do is underpinned by the core environmental science that is done at places like the ELA.”

McCandless says the main challenge will be ensuring they can find partners to help the ELA reach its full potential. He says he isn’t too concerned about being able to maintain the core funding, thanks to financial support from the governments of Ontario and Manitoba, donations from the public, and, ironically, the federal government. But that money won’t be enough for the institute’s vision for the ELA.

“We feel there is a lot more that can be done at ELA,” McCandless says. “As a government research facility we feel it’s had a fairly narrow mandate of doing research for the protection of fisheries. With the IISD there won’t be that restriction.” He says with its world-class facilities, the ELA could be expanded to include research on forestry, mitigating the impact of mining and has the potential to be a destination for graduate students from around the world.

Orihel, now a visiting scholar at the University of Winnipeg, says she’s eager to see the new ELA. “It’s an exciting time there,” she says. “I feel like the door has been opened to an infinite number of possibilities, and it’s really a time to reinvent the ELA.”

To learn more about the ELA and IISD, watch the video below. 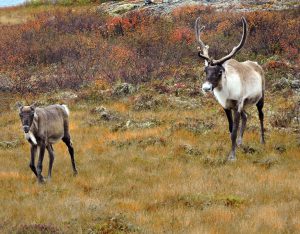