When it came time for The Rolling Stones to pick the final fête at which to conclude their Zip Code tour, they chose the 2015 Festival d’été de Québec. Later, at that very festival, thrash metal group Megadeth’s lead singer Dave Mustaine triggered a cacophony of cheers when he said: “When you come to one country, to one city, [for one festival] it says a lot about [that] festival”.

Indeed, Quebec City’s annual summer music fest drew a who’s who of the music world this year—The Rolling Stones and Megadeth were joined by the eclectic likes of Keith Urban, Foo Fighters, Iggy Azalea, Deep Purple, Patrick Bruel and The Tragically Hip to name a few of the 300 performances—but what makes the FEQ, as it’s known, so special?

In part, it’s the history. The Festival d’été de Québec had its humble beginnings in 1968 when a pharmacist, Jacques McDonald, pulled together a group of six to eight businessmen and artists with the intent of highlighting local artists during an annual summer event. Initially the festival consisted of a few microphones and stages and was a Québécois-centric event.

Things started to change in 1974 when a separate event, La Super Franco-Fête, highlighted Francophone music from around the world. Suddenly there were musicians in Québec City from Africa, the Caribbean, Belgium and France and the city’s residents were introduced to world music. The Festival d’été de Québec started highlighting music from other countries. Of the festival’s ten stages the Hydro-Québec Stage beside the Palais Montcalm is dedicated to world music.

What was hip in 1974 was no longer cool by 2002 when the Festival d’été de Québec lost its lead in Québec as the province’s top summer festival. By 2003 the festival had slid into a crisis; the yearly lineup wasn’t changing enough and attendance was dropping.

“Focus groups indicated that concert goers wanted bigger artists and they were willing to pay for international groups”, said Luci Tremblay, the festival’s Director of Communications.

With focus group results in mind the Festival d’été de Québec now spends 40 — 45% of its budget on lining up groups with their first big act being American rockers ZZ Top. During the 400th anniversary of Québec City the newly revamped festival attracted Van Halen and Charles Aznavour in 2008 as headliners and helped organize a special concert with Paul McCartney. “Sir Paul put the festival on the map”, remarked Luci Tremblay, “now the festival attracts major international acts such as Elton John, Sting, Rammstein, Metallica and others”.

The big acts perform on the Bell Stage, the largest in North America, which is located on the Plains of Abraham, site of the 1759 battle that significantly altered the course of Canadian history. A 2010 economic study showed that the festival brought $24 million new dollars to Québec City that year, with the amount increasing yearly.

The festival goes beyond music, as Québec City’s Grand Allée restaurant and entertainment district is turned into a pedestrian mall during weekday evenings and on weekends. The city becomes the festival.

If you’re planning to attend a music festival next summer then the Festival d’été de Québec should be on top of your list. 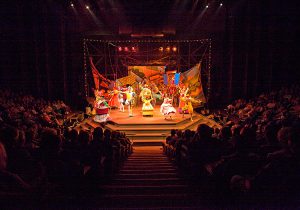 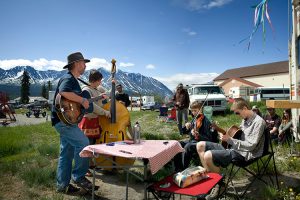