Not everyone considers a microphone-sized tracking device a gold mine, but that’s just what Nigel Hussey, a post doctoral fellow at the University of Windsor, is calling the one that washed up on a Welsh beach in March.

“The data is incredible,” Hussey says about the tag that he had attached to a Greenland shark in 2012. “I would think there’s more chance of me winning the lottery three times in a row than a satellite tag that I put in the High Arctic washing up on a beach somewhere.”

The research is part of a larger project being done by the Ocean Tracking Network, based out of Halifax’s Dalhousie University. Hussey says the research he and his team from the University of Windsor’s Great Lakes Institute for Environmental Research are doing is important because the Greenland shark isn’t well understood. And changes to the ice cover and increased fishing in the North mean it’s critical to understand the shark’s habits for its well-being.

Hussey tagged three Greenland sharks in 2012 with devices designed to record data about the shark and then transmit it via satellite once they fall off the shark and float to the surface. The catch is that even though the tags record data every ten seconds, they can only transmit a fraction of it, which is why finding a tag is so amazing. Hussey says because they have the tag, they can download all the data, painting an unprecedented picture of Greenland shark behaviour.

But the story doesn’t end there. The tag was found on a beach in Pembrokeshire, near where Hussy’s wife grew up. “You put a tag on a Greenland shark in the High Arctic, and of all the places for the tag to wash up, it ends up down the road from your wife’s family in the United Kingdom.”

To read more about Greenland shark tagging, read a previous story from the CG Blog. 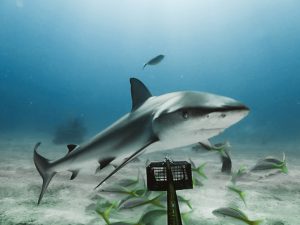 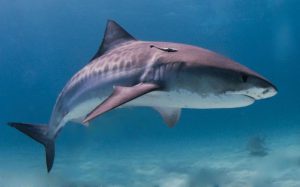