Sea lampreys in Lake Superior to be targeted hard this summer

The Great Lakes Fisheries Commission and the U.S Fish and Wildlife Service are working hard to reduce the number of invasive sea lampreys in Lake Superior 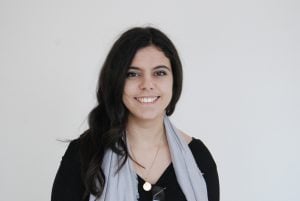 The Great Lakes Fisheries Commission and the U.S Fish and Wildlife Service are working hard to reduce the number of invasive sea lampreys in Lake Superior.

“One sea lamprey can destroy an average of 18 kilograms of fish, and as few as one in seven fish may survive a sea lamprey attack,” says Kristine Pinkney, a biologist and the senior analyst and project officer at the Invasive Species Centre, an Ontario-based non-profit organization that works to protect the environment from the effects of invasive species. “The sea lamprey uses its sucker mouth, sharp teeth and rasping tongue to attach itself to the body of a fish and suck the fish’s blood,” Pinkney added. “Fish that survive the attack are left with a large open wound that can become infected and often leads to death.”

Pinkney says that attacks have resulted in reduced stocks of lake trout, salmon, whitefish, cisco and burbot in all of the Great Lakes.

Over the years, efforts have been made to reduce the number of sea lampreys in the Great Lakes, including using a chemical-based lampricide that kills the creatures. But despite these efforts, the population is still growing.

Alex Gonzalez, of the U.S Fish and Wildlife Service, told the CBC that this summer the service is planning to use more chemical treatments to try and reduce by half the estimated 40,000 to 60,000 sea lamprey in Lake Superior. “We are coming back here, to Lake Superior, in 2016, to hit the Lake Superior tributaries very, very, very hard,” he told the CBC. 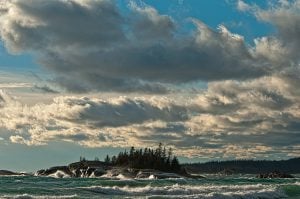 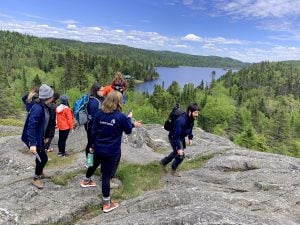