Michael Binnion has his work cut out for him. Binnion’s the president, CEO and founding shareholder of Alberta-based Questerre Energy Corp., an oil and gas exploration company with major interests in Quebec, and the new president of the Quebec Oil and Gas Association. These roles make him both an industry insider and outsider — an Alberta oilman trying to win Quebec’s support to develop its oil and gas resources. Géographica spoke with Binnion recently to discuss the potential and challenges of the province’s oil and gas industry.

Canadian Geographic: You’re unusually vocal about the oil and gas industry in Quebec. Why?

Michael Binnion: I came to the conclusion that we need to start talking to customers. We have to start becoming real people, not just a faceless industry. We drink the water, we breathe the air, we have kids too, we love our kids, we love nature.

CG: You’ve said Quebec has the chance to create a new energy industry. What would that look like?

MB: It seems that when we talk about the energy mix, we should talk about a balanced energy diet for Quebec and about ways of improving it. I’ll be the first to say that hydroelectricity should be the meat and potatoes of the province’s energy diet, but it doesn’t make sense to have all your eggs in one basket. Oil and gas should also be there, as well as wind and other renewables.

CG: Why hasn’t the province developed its oil and gas industry?

MB: It is 100 per cent a political battle. In 2010, when the Quebec government held the first independent environmental assessments on shale gas development, the oil and gas industry brought in experts from all over North America to explain all the things we would do in Quebec to develop the industry. But we could just as easily have been saying, “look how safely we produce cocaine.” We thought the focus of the panel was to explain a proposed project in Quebec that we wanted approved. But the real focus was a national debate on hydrocarbons: do we want them or don’t we?

CG: What does Quebec have to gain from developing its oil and gas industry?

MB: Quebec imports 100 per cent of its hydrocarbons from places such as Algeria, Venezuela and Norway. From an environmental point of view, it is irresponsible for Quebec to get oil and gas from overseas when it can be locally sourced. We know how the oil and gas will be produced, we can control it and we can save all of the environmental costs of transportation.

CG: So what’s the oil and gas potential in Quebec?

MB: The Utica Shale deposit on the south shore of the St. Lawrence has the potential to make Quebec self-sufficient in natural gas for a very long time. There are also potential oil and gas fields in a number of different areas, like the Old Harry area of the Gulf of St. Lawrence, the Gaspé Peninsula and Anticosti Island, where there’s also Utica Shale oil potential.

CG: There’s been resistance to shale gas development in the province? Why do you think that is?

CG: So what’s next for the Quebec Oil and Gas Association?

MB: The plan is to say, “look, we have the expertise, and should you decide you want an oil and gas industry here, and we think you should, we’re here to help you do it.” The good news is that this government is now signalling, publicly, that maybe oil makes sense. 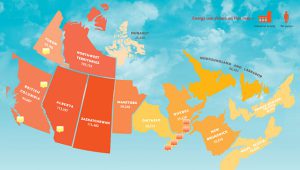 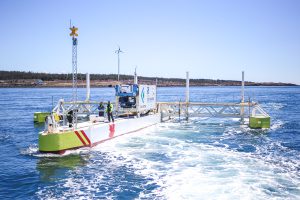