Helicopter pilot Andrew Stirling helped find a crucial clue that led to the Franklin find. He calls it the highlight of his career. 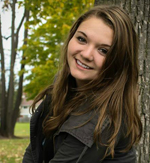 It was the highlight of Andrew Stirling’s career. The Scots-born helicopter pilot, working with Transport Canada’s Aircraft Services Directorate and assigned to fly a helicopter off Canadian Coast Guard ship Sir Wilfrid Laurier, was walking along the shore of a small, flat island in Canada’ north. Like others on the Laurier, he was participating in the 2014 Victoria Strait Expedition, when he found the rusted remains of a Royal Navy boat fitting. The breakthrough find encouraged the search team to refocus their efforts in nearby waters, leading to the discovery of the long-lost HMS Erebus. Stirling recently received The Royal Canadian Geographical Society’s Erebus Medal, a special one-time honour awarded to those who aided in the find of one of the lost ships of the British Arctic Expedition commanded by Sir John Franklin. Canadian Geographic sat down with Stirling to talk about that fateful day.

What went through your mind when you realized your find had led to the discovery of Erebus?
At the time, I didn’t realize the greater significance. I was more caught up in the excitement of Dr. D. Stenton and Dr. R. Park, the terrestrial archaeologists, realization of the significance of the part itself. They knew that this did come from a British Royal Navy ship and as there hadn’t been any other documented ships in the area at the time they were very certain it was from one of the Franklin ships. Finding the iron fitting and wooden hawse cover made for a fantastic day. It was a great pleasure and a lot of fun to be part of Doug and Bobs team.

What do you think of it now?
It’s hard to put in words. I can’t describe the feeling; it’s amazing, it’s surreal, it is all the adjectives you could use. Just the act of taking an interest and going for a walk and spotting something that was critical to the big discovery of one of the missing ships that you read books about.

Before this all happened, did it ever occur to you that you could be the one to make the discovery?
At the beginning of my arctic tour this year, I had said ‘All right, let’s find it this year and get on with it!’ unbeknownst that I would. But had I ever thought about it? No. I’ve had some great adventures being a helicopter pilot for the last 30 years, being able to fly to different parts of the world, but by far this was the best tour so far. I say so far because I’ll be back on tour in 2016.