History has always been shaped by brave men and women who defied the conventions of their day and set out to do what was thought to be impossible, often at the expense of their health and, sometimes, their lives. Their journeys become our legends, told to inspire the next generation to rethink the boundaries of human ability and the limits of the physical world.

The stories and legacies of 50 explorers from the 15th century through the present day are detailed in a new book, Great Expeditions: 50 journeys that changed our world, available now from HarperCollins. Some, like Ernest Shackleton, Amelia Earhart, and Neil Armstrong, will be intimately familiar to readers. Others, like Jeanne Baret, who disguised herself as a man in order to sail the world in the 18th century, or the Swiss pilots who recently completed the first solar-powered flight around the world, are less well known but force us to rethink the status quo.

Canadian Geographic talked to co-authors Mark Steward and Alan Greenwood about the process of writing Great Expeditions and what drives humanity to explore.

How did you define “expedition” when setting out to write this book? How did you decide which journeys and explorers to include?

Alan: There are lots of books about expeditions, but they all seem to be a bit confined in their description of what constitutes an expedition, so we wanted to think outside the box. The one thing that every expedition we’ve included in the book has in common is that there’s a real step into the unknown involved. The people engaged in the expedition had no idea whether they would succeed or fail, but they all did something extraordinary.

Mark: It would have been very easy to hone in on the Great Age of Exploration and the explorers of the 18th and 19th centuries, but we felt the book would be a bit repetitive if we did that. We also wanted expeditions, whenever possible, that had a lasting legacy and weren’t just done for the sake of adventure.

If you could have joined any one of these expeditions, which would it be and why?

Mark: The one downside is when you read about some of these explorers and the ordeals and hardships they went through, you’re sort of reluctant to be dropped into any of them, but if you could put all the pain and suffering on hold, I’d have loved to join Lewis and Clark on their expedition across the American frontier, just to see America when it was wild. I’ve got a sort of fascination with the American west, to be honest, so to also join John Muir in Yosemite and camp out with Theodore Roosevelt would be a very interesting experience.

Alan: The one that always sticks in my mind is Johann Burckhardt, who was a Swiss explorer engaged by a British company to explore the Sahara Desert. He was the first person to set eyes on the lost city of Petra for nearly 2,000 years. He went through all sorts of deprivations in the desert — he was robbed and assaulted and poisoned and generally had a terrible time of it — but after months and months of wandering through these hostile conditions, he squeezed through this narrow gorge and literally came face-to-face with these magnificent ruins. It must have been an incredible moment.

You include a chapter on Terry Fox in the section about 20th century pioneers; why did you feel his Marathon of Hope belonged in a book of expeditions?

Mark: There are a few unexpected entries, but when you dig down to the essence of what they were doing and why, you realize their endeavours were no less heroic than the classics from the Great Age of Exploration. Terry Fox wasn’t trying to become famous, he wasn’t trying to get rich; he was trying to find a cure for cancer. Terry Fox is a hero to me.

In the section on the Moon landing, John F. Kennedy is quoted as saying, “But why, some say, the Moon? And they may well ask, why climb the highest mountain? Why, 35 years ago, fly the Atlantic?” Indeed, why explore at all? Why do you think we’re still driven to push our physical and mental limits?

Alan: It’s funny, I’ve got a seven-year-old daughter, and the other day we were playing in the garden and she was holding her breath, timing how long she could hold it for. I think there’s just something in the human spirit that makes you want to test yourself and see, can I do this?

Mark: Edmund Hillary said, “It’s not the mountain that we conquer, but ourselves.” Exploration is about challenging yourself more than anything else, and I think that will always endure. 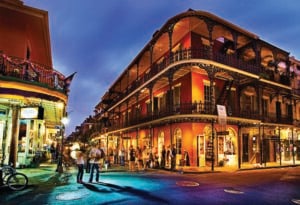