This post is the fourth in a series. To read other posts by this author, click here.

When I called the helicopter, I learned that the high-altitude helicopter had an issue and we might not be picked up for another few days, so we started making our way down the mountain. We took a preliminary trip down the avalanche slope with no loads on just to find a safe path again. Our trail had been wiped out no less than six times by avalanches, so our way down was more challenging than the way up. We traveled at night and in the early morning, when the snow was more tightly consolidated.

By the time we’d made it down to 7,500 feet, the food rationing was starting to take effect. We were starting to move into one tent for body heat.

There were a couple of points when the decision-making got a little bit desperate. After we’d been on rations for four days, we got informed that they would have to bring in another helicopter that could only take two of us at once. The first two would be dropped off on the other side of the glacier divide, where they would have to march for 30 miles across the tortured landscape, climb down 4,000 more feet and then hike another 30 miles west to reach a second pick-up location. It was a horrendous task to contemplate. That also meant that two of us would have to stay behind and wait a while longer to be picked up.

There was never a doubt in my mind that I would stay behind. That’s the obligation of the leader and the most experienced climber. There was never a doubt as to who had to go, either. Jeff, as the second most experienced climber, would have to go, because I wouldn’t let the two least experienced team members leave alone. Wren’s hip was hurting, so he had to go with Jeff. He was insisting he would stay behind, but I overruled him. It was the logical way to go, and there would be no discussion about it.

Six days of living on half-rations later — we all lost a lot of weight — we finally got pulled out. There was a 2 ½-hour window to come and get us; they potentially wouldn’t have been able to come get us for another week if they’d missed it. By the time they were able to pick us up, the first helicopter was fixed, and we didn’t have to split up the team or make that trek.

It was a relief to be picked up, but we were all disappointed. This’ll be the fifth time I’ve turned back on a mountain. But it also means that I’ve gone back and summitted the other four.

Mount Saskatchewan isn’t going anywhere. If it’s still unsummitted in a few years, I’m sure this team will go back. I wouldn’t want to try again with anybody else. 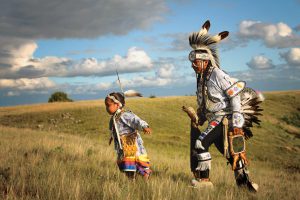