Microbes are unique to the cities they live in, study finds

Do you work in an office? If so, take a look at your desk. Have you ever thought about the thousands of microbes that share your workspace?

Probably not — but researchers at Northern Arizona University certainly have.

In a study released this week in mSystems, an open access journal published by the American Society for Microbiology, senior study author Greg Caporaso and his seven colleagues discovered cities have their own unique microbial communities. They did this by sampling microbes in nine offices in Flagstaff, Arizona, San Diego, California and Toronto, Ontario.

The one-year study was conducted to better understand how microbes establish themselves in indoor areas over time.

“As we continue to expand our understanding of the microbiology of the built environment, possibly including routine monitoring of microbial communities to track changes that may impact human health, our results will help inform future research efforts,” said Caporaso in an ASM press release.

Microbial communities barely differ from the communities of other offices as long as both buildings are in the same metropolitan area. This suggests geography is the number one factor influencing the compositions of bacterial communities.

Another fun fact? Twenty-five to 30 per cent of microbes found on surfaces in built environments are derived from human skin. Surfaces, therefore, are referred to as “barren wastelands” by the researchers as the majority of surface materials are often “decaying remnants of the human microbiome.”

Office floors, by contrast, have the greatest amount of microbial diversity as soil and other substances are tracked in by employees from the outside world.

“We suspect that in the absence of extreme conditions like flooding, microbes may be passively accumulating on surfaces in the built environment rather than undergoing an active process,” says Caporaso.

Next, Caporaso and his team will simulate flood events to see how fungal communities living inside adapt over time. Eventually, it may even be possible, said Caporaso in an interview with npr, to establish healthier microbiomes in buildings—interior communities more in line with their exterior environments. 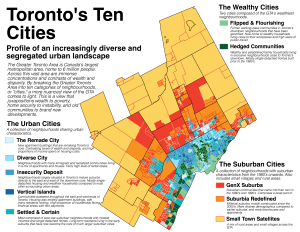