San Antonio’s food scene is ascendant these days, leaving visitors to the Alamo City facing some tough decisions. Do you opt for the potato pancakes with a side of bratwurst at Schilo’s Delicatessen for breakfast? Will lunch be shredded beef quesadillas at La Gloria or a puerco pibil sandwich at The Fruteria? And dinner has to be the to-die-for charcuterie at Cured, right? Or is it the barbecued brisket at Augie’s Barbed Wire Smokehouse?

Worthy choices, every one of them. But to really get a taste of San Antonio’s food culture, you need to try some of the more unusual items (at least to the Canadian palate) available in the city. Here’s a list of five to seek out.

Raspa
The Spanish word raspar means “scrape,” which in this instance refers to shaved ice covered in flavoured syrup and fruit, a.k.a. a raspa. The raspa is not native to San Antonio, but the treat has been taken to new (and sometimes completely bonkers) heights there, courtesy of Big Daddy’s Eats & Treats. Big Daddy’s started out with a food truck but now also has a shop, where they serve traditional raspas such as the mangonada (mango), fresanada (strawberry) and coconada (coconut), but also dish up what some might consider rather more unusual creations. The Picadilly, for instance, is a mix of cherry Kool-Aid, a sour-pickle chamoy sauce, pickles and Lucas (a type of chili powder); the Piccabear, meanwhile, is the same, but topped with Gummy Bears. Then there’s the infused pickle — a diced, sour pickle that’s been soaked in pickle juice, dipped in tropical punch Kool-Aid powder, garnished with plum and pickle chamoy sauces and sprinkled with Lucas. It’s so sour that your face is practically guaranteed to pucker almost beyond recognition.

Barbacoa and Big Red
A classic San Antonio dish featuring two things that are probably as American as apple pie: red meat and soda. The meat, or barbacoa, is usually slow-cooked beef cheeks (although the traditional version of the dish sees everything from a cow’s head used — eyes, brains and tongue included, so be careful what you order), while the soda is Big Red, a cream soda made in nearby Austin. Many San Antonians consider barbacoa to be a traditional Saturday and Sunday morning meal (served with a Big Red as hangover-cure combination), but the city is dotted with restaurants that serve the dish and the drink seven days a week.

Corn on the cob (or in a cup)
This is not your regular corn on the cob. In San Antonio, it’s standard practice to slather your elote, or cob, with mayonnaise, chili powder and oaxoa cheese. You’ll likely find the same combination of condiments covering your corn at any number of the city’s street food stands, many of which serve the meal in a cup. City festivals, particularly the Fiesta San Antonio, which takes place in April, are also a good place to find stands selling the treat.

Frito pie
You’re thinking this must be a pie crust made out of or filled with Frito corn chips, right? Think again. A Frito pie involves nothing that remotely resembles pastry. What we’ll call the mobile, single-serving version of the pie is made by cutting open a small bag of Fritos and spooning chili and cheese over the chips. No wonder some call it the walking taco. A slightly more elegant version can be made at home in a proper dish, using the same ingredients.

Puffy taco
The taco, whether hard or soft, seems too classic a dish to tamper with. But working on the assumption that everything tastes better when deep-fried, some culinary genius decided to immerse a masa (corn) tortilla into hot oil, where it puffed up and was folded nearly in half before being piled high with all the regular taco essentials. Whether to credit one of two San Antonio institutions — Henry’s Puffy Tacos or Ray’s Drive Inn — or the people of Mexico with the idea is still being debated in puffy-taco historian circles. One thing is certain, however: the puffy taco is a thing of beauty, with a lightly crisp taste and texture that perfectly complements your chosen filling. 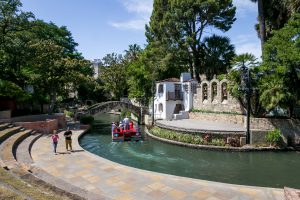 Past and present blend seamlessly in this colourful cultural hub, home to missions and Tex-Mex 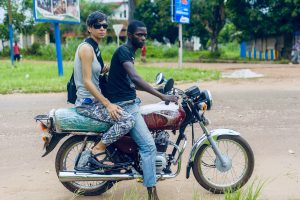