Estrogen found to have detrimental effects on freshwater wildlife 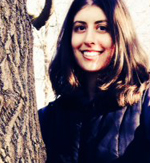 The near destruction of an entire population of fathead minnows during research on the effects of synthetic estrogen on aquatic life has prompted a scientist involved in the project to call for improved waste-water management systems.

“If people become aware that there are micro-pollutants in effluents along with other pharmaceuticals that may be impacting aquatic life, then it might get the message out that we need improved waste-water management,” said Karen Kidd, a professor of biology at the University of New Brunswick Saint John and Canada Research Chair in Chemical Contamination of Food Webs, in an interview on CBC Radio’s Quirks and Quarks.

Kidd and her colleagues introduced synthetic estrogen of the kind that’s found in the birth control pill and growth implants into one lake at the International Institute for Sustainable Development Experimental Lakes Area (IISD-ELA), a research facility in Northwestern Ontario that comprises 58 small lakes and their watersheds. Scientists were interested in seeing what effect the chemical had on the likes of the fathead minnow, lake trout and white suckerfish.

The impact on the fathead minnow was notable.

In the interview, Kidd explained that male minnows had a “feminization response” to the estrogen exposure, which caused them to produce eggs and significantly decreased their number of sperm cells. In one year, the fathead minnow stopped reproducing altogether and the population decreased to one per cent of its original size. “We were surprised when the population collapsed shortly after the whole lake study started,” said Kidd in a statement.

This is not an uncommon scenario in Canadian freshwater systems; pharmaceutical waste is an ongoing concern for municipal sewage treatment facilities, and there are several areas in Canada that have reported feminized male fish due to the release of untreated wastewater. In the interview, Kidd singled out Wascana Creek in Saskatchewan and the South Saskatchewan River in southern Alberta as examples.