Dispatches from Antarctica: the Falkland Islands

The rugged mountain peaks of the Andes catch the afternoon light. Dusted in snow, they welcome me as the plane touches down in Ushuaia. Pantagonia beckons to the west, but for now I am on my way back to Antarctica, the second time this year, a wilderness like no other I have experienced.

It is spring in Ushuaia, the southernmost city on the planet. The country is in the midst of a one-day general strike, delaying our sailing by 24 hours. The Akademik Sergey Vavalov, a Russian research/expedition ship based out of Kaliningrad, Russia, will be my home for the next month. I am working for One Ocean Expeditions as a staff photographer. Amidst the chaos of the strike, the ship’s crew finally casts the lines. We are on our way down the Beagle Channel, named for the ship that carried a young Charles Darwin more than a century and a half ago. Our first destination, the town of Stanley, is a day’s sail away, in the Falkland Islands.

Barely hours out of port, the Southern Ocean throws us a curve ball. Corkscrewing waves play havoc with the ship — one minute we roll left, then back in the opposite direction. Passengers are swaying and twirling, like a new dance step, through the corridors. Meal times have us hanging on to our plates of food as well as our seats — at one point I slide effortlessly part way across the dining room then am promptly sent back the other direction. The meter on the bridge that measures the degrees of roll has tilts of almost 20 degrees. What goes one way comes back the other…

The mist hangs low as we approach Stanley, the capital of the Falklands, a seemingly quiet town of 2,100. The total population of the islands is around 4,000, as well as sheep and a few thousand land mines, which were planted by the Argentinian military during the 1982 Falklands conflict. Winds are starting to gust in the inner harbour, and large rain cells line up, sweeping over the landscape. Instead of a zodiac cruise and hike to Gypsy Cove, we head to the government jetty, a short distance from the ship, to board buses that take us to the bay.

The town is a Greenlandic-array of buildings and a large fleet of Range Rovers, which it seems everyone drives. Trees are in short supply — only in town do we see a few wind-sculpted cypress trees lining the streets, but otherwise the islands are a taiga-like landscape comprised of exposed rock, lichens and grasses. The winds sweep mercilessly across it.

Our hike at Gypsy Cove is like no other I have ever experienced, complete with white sand beaches, dunes covered in grasses and Magellanic penguins. But it is the barbwire fences warning of landmines that strike a chord of fear. I am wondering why these are still here after 30 years. The mines are plastic, so detection is nearly impossible, and they have life spans of 150 years. After the war in 1982, the Argentineans claimed to have “misplaced” the maps.

The narrow trails skirt the cliffs, providing views of the South Atlantic as well as sweeping vistas of the surrounding dunes and craggy cliffs. An old abandoned canon along the trail sits overlooking the harbour, rusting slowly, a quiet testament of military conflicts from the not-so-distant past.

We return to town, where an afternoon hailstorm dampens our walk, but not our spirits. A visit to the local pubs, museums and the visitor centre fills our last few hours in Stanley.

One of the beaches at Gypsy Cove is off limits due to landmines. Photo: Rob Stimpson 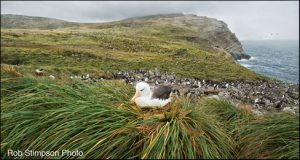 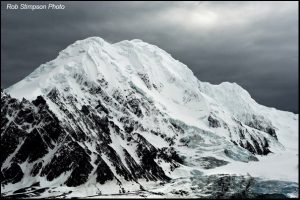