Tired of the cold weather? There might be a reason to root for more frigid temperatures.

Over winter, the insects live inside ash trees in their larvae form. To survive the chill, their bodies produce natural antifreeze called glycerol. If the temperature drops too low, the chemical becomes less effective.

“If this insect freezes — if there is actually ice forming within the body — then it will die,” says Robert Venette, a research biologist with the Forest Service who co-authored the study. But he adds that there is no one magic temperature at which this happens. He notes that between -28.9 and -34.4 C, the borers tend to die at substantially higher rates.

Head of an emerald ash borer. (Photo: Courtesy of the U.S. Center for Invasive Species and Ecosystem Health.)

“In that range, we can see mortality typically increase from close to 50 per cent all the way up to nearly 90 per cent,” he says. “Just a small change in temperature can translate to a big increase in mortality.”

Emerald ash borers have killed millions of ash trees in Ontario, Quebec and 20 American states since they were discovered in the United States in 2002. The species turned up in Windsor, Ont. that same year. In the past decade, it has been detected as far north as Sault Ste. Marie, Ont. and as far east as Montreal.

For a place like Renfrew, where the Canadian Food Inspection Agency detected the beetle last June, the -33.3 C temperature the Ontario county experienced earlier this year may have been a blessing in an icy disguise. Taking into account the temperature is a degree or so warmer in the tree where the larvae spend the winter, the Minnesota study estimates as much as 80 per cent of the larvae could die.

“Still, that’s not going to be sufficient to eliminate the emerald ash borer,” says Venette. The cold will, if nothing else, buy municipalities time to come up with a management strategy. “We’re expecting the populations to be reduced substantially, but not eliminated.” 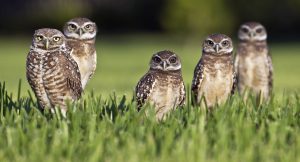 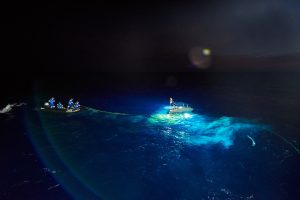