The endangered North Atlantic right whale faces many hazards — habitat loss, shipping traffic and strikes, pollution and a decreasing population — but a new program has given five companies funding to help combat these dangers.

Under the smartWhales initiative, the federal government is investing $5.3 million to companies working on innovative solutions to boost Canada’s ability to detect and monitor the presence of these whales in Canadian waters and predict their movements.

“We divided the call into two streams,” says Steve Iris, manager of applications and utilization at the Canadian Space Agency, about the initial request for proposals. “One was to improve accuracy of detection and monitoring, and one was to improve predictions and modelling.”

The Canadian Space Agency received more than a dozen applications, which they consider a great response to a highly specialized call. Applicants must be able to  deliver in a three-year timeframe and demonstrate  an academic-industry collaboration.

“It’s a great opportunity for industry to team up with non-industry,” says Iris. “It has good potential for the future, for other types of projects.”

WSP Canada Inc., a team made up of DHI Water & Environment, the Canadian Whale Institute, Dalhousie University and the Institut des sciences de la mer de Rimouski, received funding to develop a system that will provide near-real-time information about the forecasted presence of North Atlantic right whales and potential risks of encountering a vessel.

“[That data is] all fed into predicting whale habitat and where the whales go,” says Matthieu. “This happens at the outset of the project and gets fed [down to] whale biologists and specialists down the line.”

Patrick Lafrance, WSP national vice-president of ecology and environmental impact assessment, who coordinates the expertise of all the various teams, says details about ship and vessel traffic will also be integrated into the model.

“There’s a lot of information coming from several sources that we’ll need to integrate.”

The collaborative demands of the project mean the research has to be very multidisciplinary.

“Some people like the ocean, they like whales; some like ships. But we don’t always talk to each other,” says Matthieu. “It’s really interesting that this project brings together all these people who care about really specific things. It’s going to be a challenge to get us to all talk the same language and pull it all together in one piece, but it’s going to be a remarkable feat.”

There are only 366 North Atlantic right whales remaining in the world. Out of the total $5.3 million in funding provided under smartWhales, $4.1 million is from the Canadian Space Agency and $1.2 million from Fisheries and Oceans Canada. The Government of Canada currently uses a variety of tools to detect and monitor right whales, including aircraft and vessel surveillance, and acoustic technology. smartWhales will complement and build upon those measures and initiatives.

See all five funded projects and their collaborators 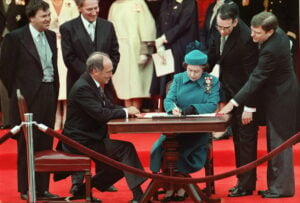