Queen's University professor emeritus Brian Osborne recognized for outstanding career achievements in the exploration, development or description of the geography of Canada 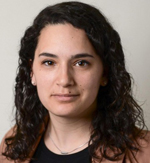 Queen’s University professor emeritus Brian Osborne, a scholar of historical and cultural geography, has been awarded the 2015 Massey Medal — The Royal Canadian Geographical Society’s annual award recognizing outstanding career achievements in the exploration, development or description of the geography of Canada.

Osborne, 76, has worn many hats over the years: RCGS vice-president, president of the Ontario Historical Society and president of the Kingston Historical Society. He was awarded the Camsell Medal for his volunteer work with the RCGS in 2007 (above), and says he’s proud to receive his latest prize from the Society. “It reflects both my professional interest as a geographer and also recognition by an organization, the RCGS, that I have a high regard for,” he says. “It’s a recognition by my colleagues in my profession.”

As well as inspiring students with his enthusiasm for geography since he started teaching at Queen’s in 1967, Osborne has published extensively about Kingston’s history, and has researched settlement in Wales, Colorado, Western Canada and Ontario. He enjoys studying where he lives — “In some ways, I think of myself as a local scholar, a public scholar,” he says — and has also served as a consultant for the National Capital Commission, Heritage Canada, Parks Canada, Canada Post and the National Film Board.

RCGS Awards Committee chair Helen Kerfoot highlighted Osborne’s scholarship in aboriginal history, settlement history, cultural landscapes and the development of a Canadian sense of place. She says he was instrumental in the inclusion of Fort Henry and the Martello tower fortifications in Kingston as part of the Rideau Canal’s 2007 designation as a UNESCO World Heritage Site. “Brian,” she says, “has shown the ability to use his expertise as an ambassador of the discipline and interest a wide range of individuals in the geography of Canada.”