How did 40 ancient sea monsters end up in Nevada's Shoshone Mountains?

“But the third theory is my favourite,” says Cummins, in a conspiratorial tone: A kraken hunted them to death and created a graveyard storehouse of their remains. “Okay, that’s probably unlikely,” he admits. “But I still like it.”

Archeological enthusiasts, or even those with a passing interest in prehistoric beasts, are sure to appreciate the park’s Fossil House tour, which runs through the summer (it also runs on Saturdays and Sundays in spring and fall). Eight or nine of the 40 or so ichthyosaurs (because of the scattered nature of the fossils, it’s difficult to say for sure exactly how many there are) found in the park about 250 kilometres east of Reno are preserved in situ in a barn-like structure. (Another “ichthy,” as they’re affectionately known, lies where it was found just outside the Fossil House, along with a mural depicting what the living creature may have looked like.)

The tour relates the history of the animal, its discovery here and highlights the process of uncovering the fossils — no small feat in the far-flung mountainous region of central Nevada. Paleontologist Charles Camp began excavating the ichthyosaur fossils in 1954 — they’d been discovered in 1928 — and almost immediately realized the importance of his work.

He wrote at the time: “This is a thing that should be preserved in situ for all to see. It will probably not be duplicated again in this world.” Nevada’s government took quick action and incorporated the area into the state’s park system in 1957 (it named the ichthyosaur the state fossil in 1977). The largest and densest concentration of the fossils were also protected by the Fossil House to showcase the conditions encountered in modern paleontology.

So Berlin-Ichthyosaur State Park offers visitor a particularly unique experience: the opportunity to see the fossils as they were left when the excavation work was complete. It’s a real treat when your eye begins to pick out the shape of the animal amid the rock, especially if you’ve only ever seen prehistoric fossils reconstructed in a museum. And it’s more than enough to let your imagination run wild about just how these massive marine monsters ended up here in the mountains.

A real ghost town
Berlin-Ichthyosaur State Park is also home to one of Nevada’s best-preserved, true ghost towns. The Berlin town site, which had a population of about 250 in its early 20th-century, silver-mining heyday, boasts about a dozen buildings, including a mill, a machine shop, a company store and miners’ homes. Visitors can explore the buildings and get a glimpse of mining-camp life more than a century ago.
Advertisement 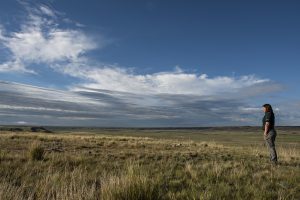 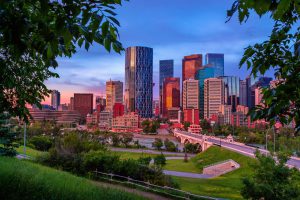