It’s had a harrowing journey, but an integral part of HMS Erebus — the ship’s bell — has been recovered, and was unveiled in Ottawa today. Parks Canada underwater archeologists found the bell resting on the ship’s upper deck on Sept. 17, 2014, the date they first dove on the wreck.

Jonathan Moore, a member of the Parks Canada Underwater Archaeology Service, was the first to spot the bell, which is intact and in good condition, nestled amid the marine life growing on the deck’s wood. Its bronze surface, while covered in a fine green patina, still clearly displays the Royal Navy “broad arrow” that marks it as property of the British government, and which also appears on the Franklin artifacts that were found on land during the 2014 Victoria Strait Expedition. The year Sir John Franklin’s Arctic expedition departed England — 1845 — is also visible. The bell was recovered the next day, during the last dive of the year.

Preserving the artifact is a delicate procedure. Because the bell has been submerged in saltwater for so long, it has to be kept wet until all the salt is removed. If it were allowed to dry too early, corrosion would set in, ruining details that have been preserved for more than 150 years. The bell was bubble-wrapped and kept wet for its three-day trip from the North and then transferred to a water-filled glass container for its unveiling.

It’s the only artifact that was removed from the wreck site this year. The fragility of the site has so far precluded the divers from entering the interior cabins. Parks Canada divers visited the site eight times over the course of two days in mid-September.

“Sailors have a spiritual connection to their ship’s bell,” said Rear Admiral John Newton of the Royal Canadian Navy after the unveiling, adding that it would have played a significant daily role in the lives of the 129 men who died on the Franklin expedition, calling them to deck and signaling time changes.

“The recovery of the bronze bell of HMS Erebus is hugely significant,” said John Geiger, the CEO of The Royal Canadian Geographical Society, which took part in this year’s search for the Franklin ships. “It represents the material heart of the ship, and it is all the more poignant by the fact that the date on it was the year Franklin sailed, with so much hope for success.”

Click on the photo below to see a slideshow: 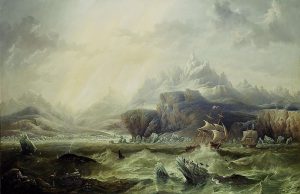 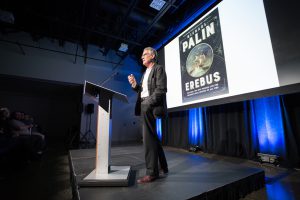 The author, actor and member of Monty Python wrapped up the Canadian leg of his North American book tour with a sold-out show in Ottawa 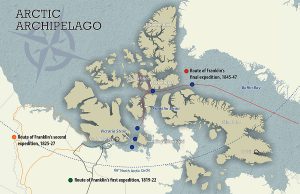 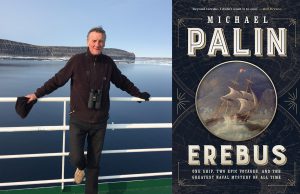 An exclusive abridged excerpt from a new book by the famed explorer, actor and comedian