And then they swam: Two men, one rare disease and the first unsupported rowboat crossing of the Indian Ocean

Just weeks earlier, James Adair had been a normal teenager; now he was lying flat in a hospital bed, completely paralyzed. Adair could not see, breathe or move, but he was fully conscious, aware and presumably terrified. Like most sufferers of Guillain-Barré Syndrome, Adair lived to tell the tale, albeit with lasting paralysis in his feet. Unlike the others, Adair became one of the first people to row unsupported across the Indian Ocean.

“I wanted to experience freedom…again,” Adair says in the film. “People said, you’ve got to be sensible and remember who you are and what’s happened to you. You shouldn’t go and take risks like this. But I said, absolutely, I think I’m prepared to pay the ultimate penalty, just to have a taste of that freedom. I don’t think that anything should be off limits, to anyone.”

When their rowboat capsized off the coast Mauritius – a tiny island nation 1,100 km east of Madagascar — Adair and boat-mate Ben Stenning nearly did end up paying the ultimate price. In their efforts to alert searchers to their location, a misfired flare wounded Adair’s leg, leaving the pair to swim desperately through thrashing waters over sharp coral, with a trail of blood behind dissipating behind. Eventually they stumbled to shore, completing the first unsupported rowboat crossing of the Indian Ocean.

In and then we swam, English filmmaker Ben Finney chronicles Adair and Stenning’s journey from nautical newbies to accomplished mariners. Awarded Best Exploration and Adventure Film at the 2014 Banff Mountain Film Festival, Finney’s film pieces together footage the pair collected during the open water crossing with their reflections on the completed journey.

Currently working on a documentary on the 2014 Victoria Strait Expedition search for the lost ships of the Franklin Expedition that will air on CBC, PBS and Channel 4 in Britain, Finney keeps and then we swam’s primary focus on the adventure itself rather than the obstacles overcome to make the attempt. In the film, Adair is 100% intrepid adventurer and 0% victim. It is compelling storytelling that doesn’t get dewy-eyed about Adair’s struggle with Guillain-Barré, but nevertheless highlights some of the challenges that rare disease sufferers face.

As with other rare diseases, Guillain-Barré lacks a cure. By definition, a disease is considered rare when it affects less than 1 in 2,000 people, and according to the Toronto-based Ibellieve Foundation, a rare disease-focused charity, the rarity of each individual rare disease means that pharmaceutical companies have no real financial incentive to develop therapies for any one of them.

Guillain-Barré afflicts just 1 in 100,000 people, but combined, rare diseases will affect 1 in 12 Canadians in their lifetimes. In Canada, funding available to treat the diseases varies from province to province, with treatments for some sufferers not covered by provincial health plans. The foundation advocates for a cohesive national approach to rare disease treatment.

As part of a burgeoning social media movement to raise awareness of the paradox of how common rare diseases are when considered collectively, the Ibellieve Foundation is pushing the #raredare hashtag on Twitter, Facebook and Instagram, where social media users dare each other in return for donations to rare disease charities. And while playing the ukelele at San Francisco’s Fisherman’s wharf or skiing Blackcomb Glacier in your underwear may be pretty out there, we’re willing to bet no one ever tops rowing unsupported across the Indian Ocean.

and then we swam is available at: steepedge.com/categories/kayak-canoe/and-then-we-swam.html

Learn more about rare diseases and the Ibellieve Foundation at www.ibellieve.com 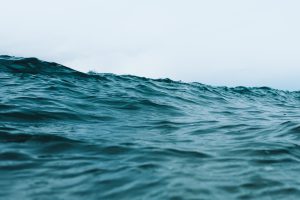