A conversation with David Suzuki

This fall, one of Canada’s most successful science series kicks off its 60th anniversary season. Season 60 of The Nature of Things, narrated by Canadian environmentalist and geneticist David Suzuki, will air on CBC’s networks on November 6.

Starting the season is Rebellion, a documentary featuring Sir David Attenborough and environmental activist Greta Thunberg, documenting the climate protests across the world which demand world leaders, corporations, and individuals pay attention to the ways humans are harming the planet.

Suzuki spoke with Canadian Geographic on the climate protests, the way humans see their place in nature, and the role of credibility in the media.

Greta has had more impact than all of the environmentalists in the world combined. It’s quite remarkable. I like to think that, you know, the old timers like me and Bill McKibben, we’ve been there kind of setting the stage, but she was the voice needed to break through all of the denial and all of the opposition.

When I met her, the first thing I said to her was, “I am so sorry that you are having to do this.” My generation, your parents, it should be our fight to protect the world. You as a child should be out there learning about the world and expanding your life and all of those things. Instead, you’re having to fight for your future.

On how the climate strikes are different from previous movements

Usually the fights are all over, “Oh, they’re going to cut down this forest, and we don’t want it,” or “Oh, they’re polluting this river,” or “They’re going to build a dam here.” Those are all symptoms of a deeper underlying cause. I think what the youth strike is getting at is when you say you are jeopardizing my future, then it’s not about whether the corporations can continue to make profits  or whatever. It’s a much more profound issue, that we are simply acting in a destructive way. The economy and corporations and governments are all complicit in this.

On how his perspective has changed through The Nature of Things

When I came in 41 years ago, I still had what I call an anthropocentric way of talking. What I learned over the years is [that]we’re one species out of many, whether they’re mosquitoes or snakes or spiders. They’re all doing their thing out there, and I have been able to take advantage of that web of living things — but I’m just one part of that web.

We’d love to eliminate all mosquitoes, for example. But the reason the birds migrate all the way from South America to the Arctic, is that when they’re nesting, there are vast numbers of black flies and mosquitoes. That’s what allows them to nest up in the Arctic. We demonize things because they’re a pest to us. We don’t acknowledge the greater web and that’s been the real shift in my understanding.

On how humans view their role in nature

For 95 per cent of our existence, we were nomadic hunter-gatherers. That’s the history of our species. We arose in the plains of Africa, and we had to follow plants and animals through the seasons, carrying everything we owned on our backs. We understood that we are utterly dependent on nature. That is what’s called an eco-centric way of seeing the world.

I think it’s been the rise of the industrial revolution that we began to see, “Oh, well, we’re different.” We’re so smart that we can invent things. We’re no longer restricted by our basic biology. Nature is just there to help us. Our job isn’t to help protect nature. So [it’s] that shift from an eco-centric way of seeing ourselves to an anthropocentric way where we think we’re the dominant figure and everything out there is for us.

On the role of credible information and the media

I began my career in television. My belief was that what people need is information. The more information they have, the better decisions they will make. I never dreamed that today in a cellphone, you would have access to more information than people have ever had in human history. You can access the Library of Congress on your cellphone. And yet people churn through the Internet until they find something that validates what they already believe. You want to believe climate change is a hoax? There are dozens of websites that say that.

So now the problem is we are overwhelmed with information. People just cherry-pick that information to deliberately reinforce what they already believe.

On what gives him hope

Hope is all that I have left. I’m enough of a realist to see what the science is telling us. Science is very good at describing the state of the world, and it’s pretty dire. The only hope I have is that if people like Greta and David Attenborough can finally make people turn around and say, “Yes, this is the challenge of our time, how do we go about solving this?” that nature will be more forgiving than we deserve. That’s my hope. 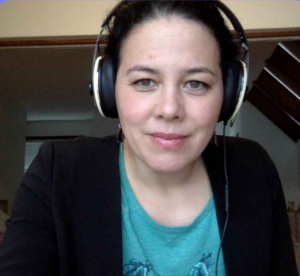 Severn Cullis-Suzuki on a path forward for the environment