5 interesting ways drones are being used

Medical supplies, eyes on the Arctic and finding missing people — what do all these things have in common? Drones.

Remotely-piloted aircraft have been used for over a hundred years by the military, but only became used more conventionally in recent years. Here’s a few of Canadian Geographic’s favourite recent stories about how drones are being used.

Drones will deliver medical supplies to the Stellat’en First Nation, thanks to a partnership with UBC’s Faculty of Medicine. The pilot project will serve the remote Indigenous community, which is more than 100 kilometres west of Prince George.

To watch the waters of Nunavut

Starting in 2023, the waters of Nunavut will be surveyed for oil spills and marine habitats, shipping wll be monitored and ice cover will be monitored, thanks to a new drone purchase as part of Transport Canada’s National Aerial Surveillance Program.

In Australia, they’re looking at the possibility of using unmanned aerial vehicle (UAV) technology as a cost-effective alternative to traditional surveillance methods that involve using manned surveillance flights, as well as a way to ensure any prohibited activities are not missed.

In Lindsay, Ont., a drone operator helped find tracks in the snow, which ultimately allowed emergency officials to follow in the footsteps of an elderly man who had gone missing.

Read the story from Global News 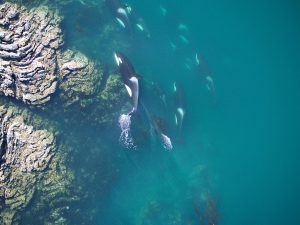 Five ways drones are being used for good

Unmanned aerial vehicles are controversial; we explore their pros and cons 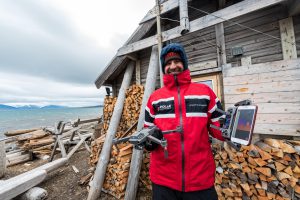 Hearts in the Ice: Drone technology