They sustain us, enrich our lives and inspire us
By Graham McDowell
With photography by Paul Zizka
December 11, 2020

On a cold night among the formidable glaciated peaks of the Waddington Range on the western edge of B.C., I watched a faint light rise in the sky to the north. I naively assumed it was the glow of a distant city, not a prelude to one of nature’s greatest shows. But then the northern lights began to dance above the expanse of mountains before me. I was awestruck. Although I did not know it on that night 20 years ago, that event — and my month travelling through the province’s Coast Mountains and along the rivers they sustain — sparked a fascination with mountains, and ultimately a research career, that has taken me to mountain ranges all over the world, including the Himalayas, Andes and Alps. To this day, I am humbled by what I encounter in, and learn about, high places.

Mountains are the source of almost all of the planet’s major river systems and an essential source of fresh water for 1.8 billion people; they are associated with 27 of 36 “biodiversity hot spots” recognized by U.S. non-profit group Conservation International; and they are home to nearly one billion people, many of whom are members of distinct and vibrant Indigenous cultures. Counting adjacent lowlands, 26 per cent of the Earth’s population lives near mountains, and even more people benefit from goods and services originating in mountain environments: water, food, building materials, recreation and much more. Across cultures, mountains are sites of spiritual significance, places of solace and meaning, and inspiration for art, literature and storytelling.

Canada contains an extraordinary variety of mountain places. Around 24 per cent (2.26 million square kilometres) of the country is covered by mountainous terrain, an area large enough to encompass Switzerland 54 times. Mount Logan is the country’s tallest peak (5,959 metres); major mountain ranges include the Coast Mountains (B.C. and the Yukon), the Canadian Rockies (Alberta and B.C.) and the Mackenzie Mountains (Yukon and N.W.T.). Numerous smaller ranges such as the Torngat Mountains (Newfoundland and Labrador and Quebec), the Laurentian Mountains (Quebec) and the Baffin Mountains (Nunavut) are no less compelling or interesting. Given their diversity, Canada’s mountain ranges contain a staggering spectrum of ecosystem types and boast outstanding geological features, plants and animals.

While mountains matter in their own right, Canada’s high places are also imbued with meaning from both long-standing and recent relationships between mountains and people. Indigenous Peoples in Canada have inhabited and used mountainous environments since time immemorial, with many traditional Indigenous territories intersecting with mountain areas in Canada. Squamish People collect mountain goat wool in the Tantalus Range (Tsewílx’) of B.C. to weave ceremonial blankets. The Vuntut Gwich’in People of the Yukon recognize peaks in the Richardson Mountains (Tetlit Ddhàa) as sacred protectors and places of refuge for the Porcupine caribou herd. The Tahltan People hunt, trap and collect medicinal plants in the Sacred Headwaters region (Klabona) of B.C.’s Stikine, Skeena and Nass rivers. These and countless other connections animate First Nations, Métis and Inuit relationships with mountainous landscapes and have led to diverse, place-based and ever-evolving knowledge about mountains and their stewardship among Indigenous Peoples living in Canada.

The relationship of non-Indigenous Canadians to mountains is likewise based on a history of specific events. The westward expansion and settlement, particularly the construction of a transcontinental railway in the late 19th century, still shapes many Canadians’ conceptions of mountains. Railway companies built now-famous hotels amid the Rocky Mountains in Banff, Lake Louise and Jasper, helped establish national parks such as Banff, Yoho and Glacier and facilitated the travel of landscape painters and alpinists who shaped the early Canadian imagination of mountains. Events such as the Klondike gold rush, climbing expeditions such as those by Order of Canada recipient Phyllis Munday, and scientific work such as the Icefield Ranges research project in Yukon’s St. Elias Mountains further wove mountains into the fabric of Canadian identity. Unfortunately, many aspects of this story are also associated with the displacement and disposition of Indigenous Peoples who inhabited mountain environments prior to westward expansion; such injustices must be acknowledged and addressed through reconciliation. 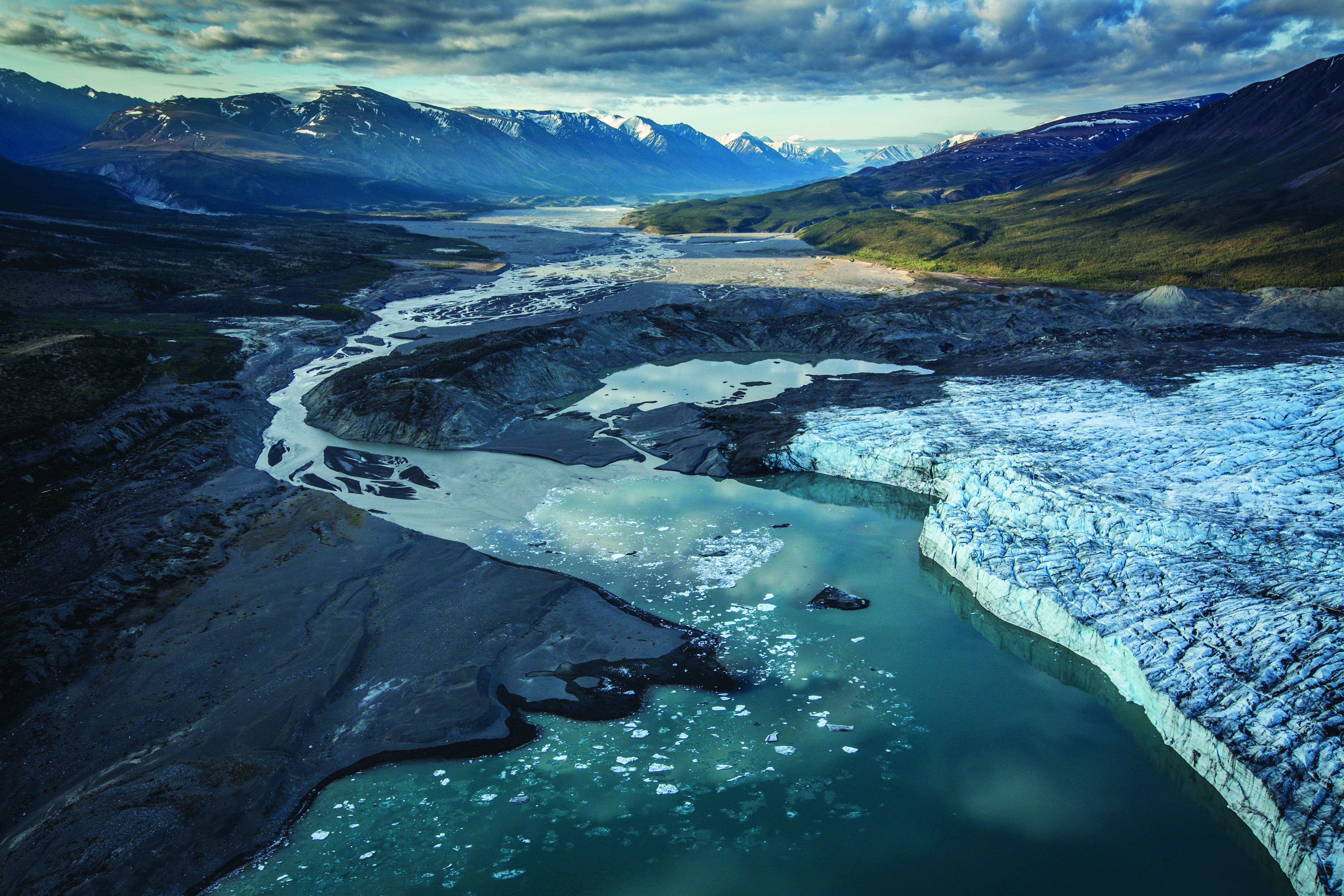 A view of the Donjek River Valley.

Today, about 1.3 million people live in Canada’s mountain areas, while an additional 75 per cent of Canada’s total population lives within 100 kilometres of mountain areas. Regardless of where they live, many more Canadians depend on resources from mountains, enjoy trips to Canada’s many mountain parks and value mountains as sites of biodiversity and icons of our country. But our relationships with, and dependence on, mountains are at a critical juncture.

Mountain environments are exceptionally sensitive to climate change and other impacts related to human activities. Reductions in glaciers and snowpacks in the western mountains are already affecting cold-adapted flora and fauna, the timing, availability and quality of mountain-sourced fresh water, and the frequency and severity of natural disasters — not to mention the iconic scenery of Canada’s mountain landscapes. Climatic changes are also increasing forest fire activity and facilitating the rapid spread of the destructive mountain pine beetle, dramatically altering mountain ecosystems and forestry activities. The ever-increasing encroachment of infrastructure projects and housing developments, resource extraction activities and pressures from recreationalists are compounding impacts on Canada’s mountain environments.

To understand such changes, a number of initiatives have been established in recent decades, including the Mountain Legacy Project, the Alpine Club of Canada’s annual State of the Mountains Report, the Yellowstone to Yukon Conservation Initiative, Indigenous Guardians programs, and the Canadian Mountain Network, the latter being a new large-scale research program focused on supporting the resilience and health of Canada’s mountain peoples and places. Significantly, its in progress Canadian Mountain Assessment –– a flagship initiative of the Network –– will provide the first comprehensive, countrywide view of Canada’s changing mountain systems based on Western scientific and Indigenous knowledge. 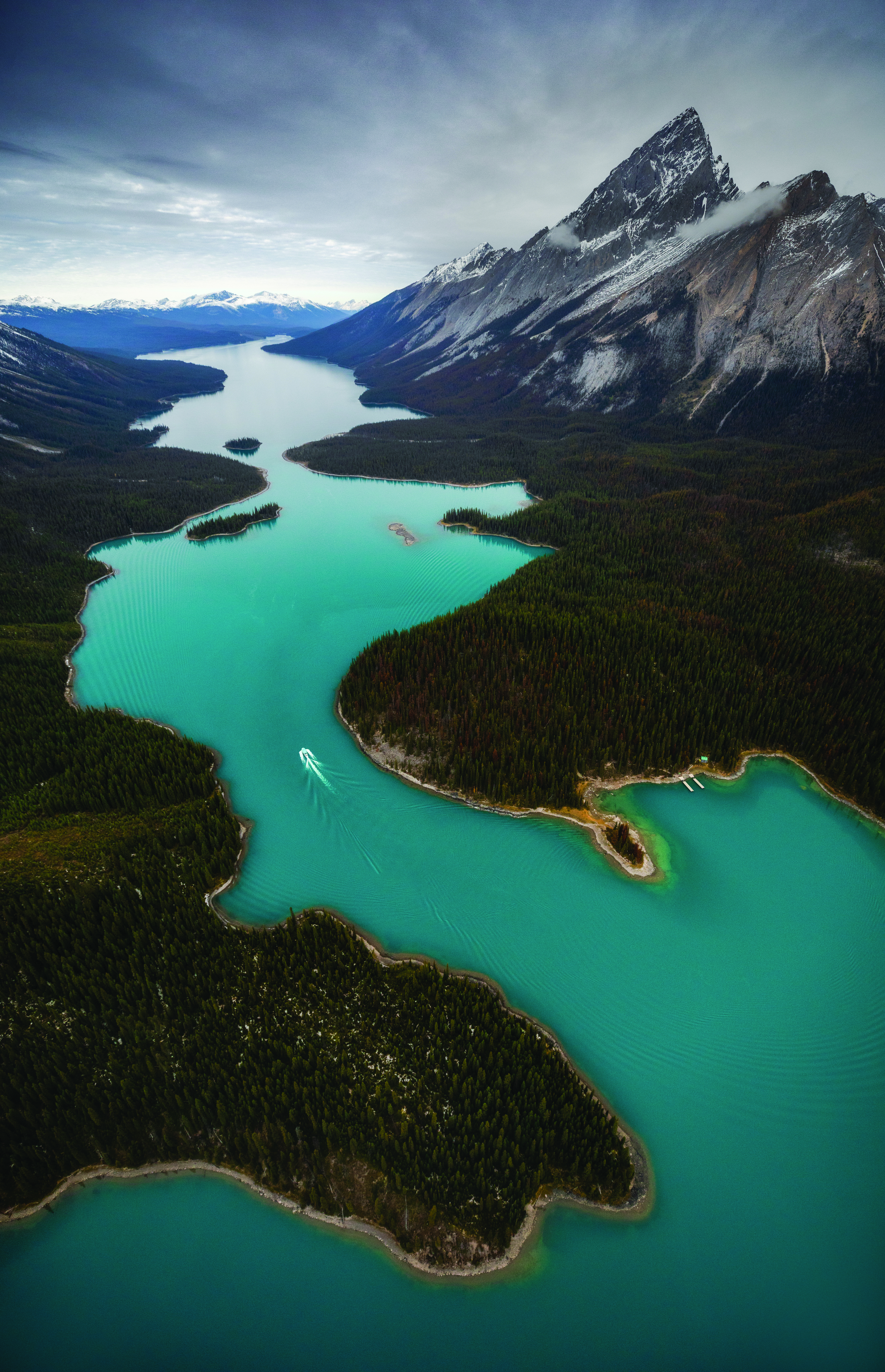 A view of Maligne Lake in Jasper National Park.

These efforts are helping communities, researchers and planners navigate current and future challenges. However, there is also a need for increased action at the federal level, including integrating mountains into the next federal sustainable development strategy, enhancing support for Indigenous protected and conserved areas in (and beyond) Canada’s mountains, and increasing long-term funding support for research, stewardship and climate change adaptation activities that draw on and build up diverse ways of knowing mountains. Canada could also do more to celebrate and share its unique ties to mountains by joining the Mountain Partnership, a United Nations alliance whose membership includes the governments of 60 other mountainous countries.

Canada’s mountains matter a great deal, in ways that are common to us all and in ways that are specific to particular places, communities and individuals. They provide for our material and spiritual well-being, foster curiosity and reverence and offer a link to our unique histories and relationships with the land. They contain critical habitat for myriad plants and animals, and they play a fundamental role in sustaining the biodiversity of this country. Canada’s mountains are also dynamic and ever-changing, reminders of impermanence and of how we are small. Yet in their shadow, we are also learning more about our growing impact on mountains. These changes present profound challenges, but also important opportunities for new forms of respectful dialogue about how we might work together toward a more just, equitable and sustainable future for Canada’s mountain places and communities.