Future missions to the moon will focus heavily on geology. Fortunately, Canada offers astronauts the perfect place to hone their skills.
By Gordon Osinski
October 4, 2021

One of the most iconic moments of the 20th century was the first step by a human on the surface of another planetary body. That first footprint was, of course, made by Neil Armstrong on the moon on July 21, 1969. Like many of you, I was not alive to witness this historic event, and so have spent much of my career dreaming of the time when humans will once again venture beyond the protection of low Earth orbit, back to the moon, and then on to Mars. That day is getting tantalizingly close with the launch of NASA’s Artemis Program.

Canada was one of the first countries to join NASA in this next international endeavour, building on the success of our contributions to the International Space Station. In one of the most exciting announcements for the Canadian space program in recent memory, the Canadian Space Agency announced that a Canadian astronaut will fly on the Artemis 2 mission. This first crewed mission of NASA's Artemis program will see humans fly to the moon and back for the first time since 1972 in preparation for the Artemis 3 mission, which will land on the lunar surface.

One of the major goals of returning to the moon is to answer new questions about the origin and evolution of our closest neighbour, and also discover what it can tell us about the early history of Earth and even the origin of life. The moon, unlike the Earth, has locked up in its rocks a record of the first billion years of the solar system’s history.

With this impending requirement to do geology on the lunar surface in mind, I recently took Canadian astronaut Joshua Kutryk and NASA Artemis astronaut Matthew Dominick with me on an expedition to the Kamestastin (or Mistastin) Lake meteorite impact structure in northern Labrador. Both Joshua and Matthew are pilots by training – like most of the Apollo astronauts – and so this expedition was an opportunity for them to build on the introductory geology training that they gained during their two years as astronaut candidates. But more than this, meteorite impact craters are the dominant geological feature on the moon – there are literally hundreds of thousands of them – and so every Artemis mission will entail exploring impact craters in one way or another. 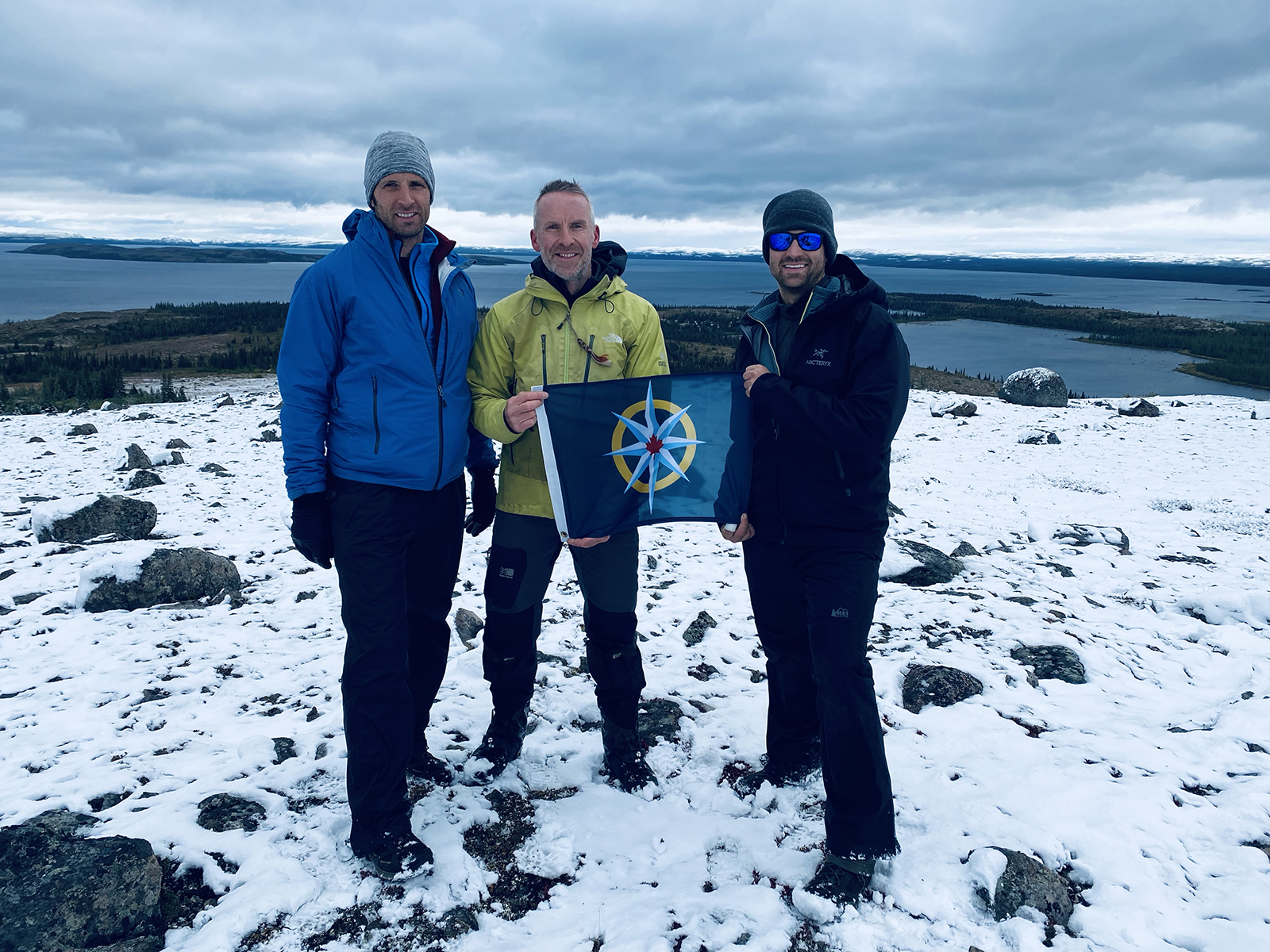 It just so happens that Canada has a lot to offer when it comes to meteorite impact craters: 31 to be exact, according to the Impact Earth database that my group has compiled. The Kamestastin Lake impact structure is a 28-kilometre diameter impact crater where you can find 80-metre high cliffs of impact melt rocks – rocks that were melted by the energy of the impact 36 million years ago – and ejecta deposits of various types. This alone would make it an excellent analogue for the moon and a superb training ground for Artemis astronauts. However, thanks to a fortuitous cosmic coincidence, the target rocks at Kamestastin Lake also include a large amount of a rock called anorthosite. Such rocks are made up almost entirely of the mineral plagioclase feldspar – giving them their white appearance – and while relatively rare on Earth, anorthosite makes up most of the lunar highlands. 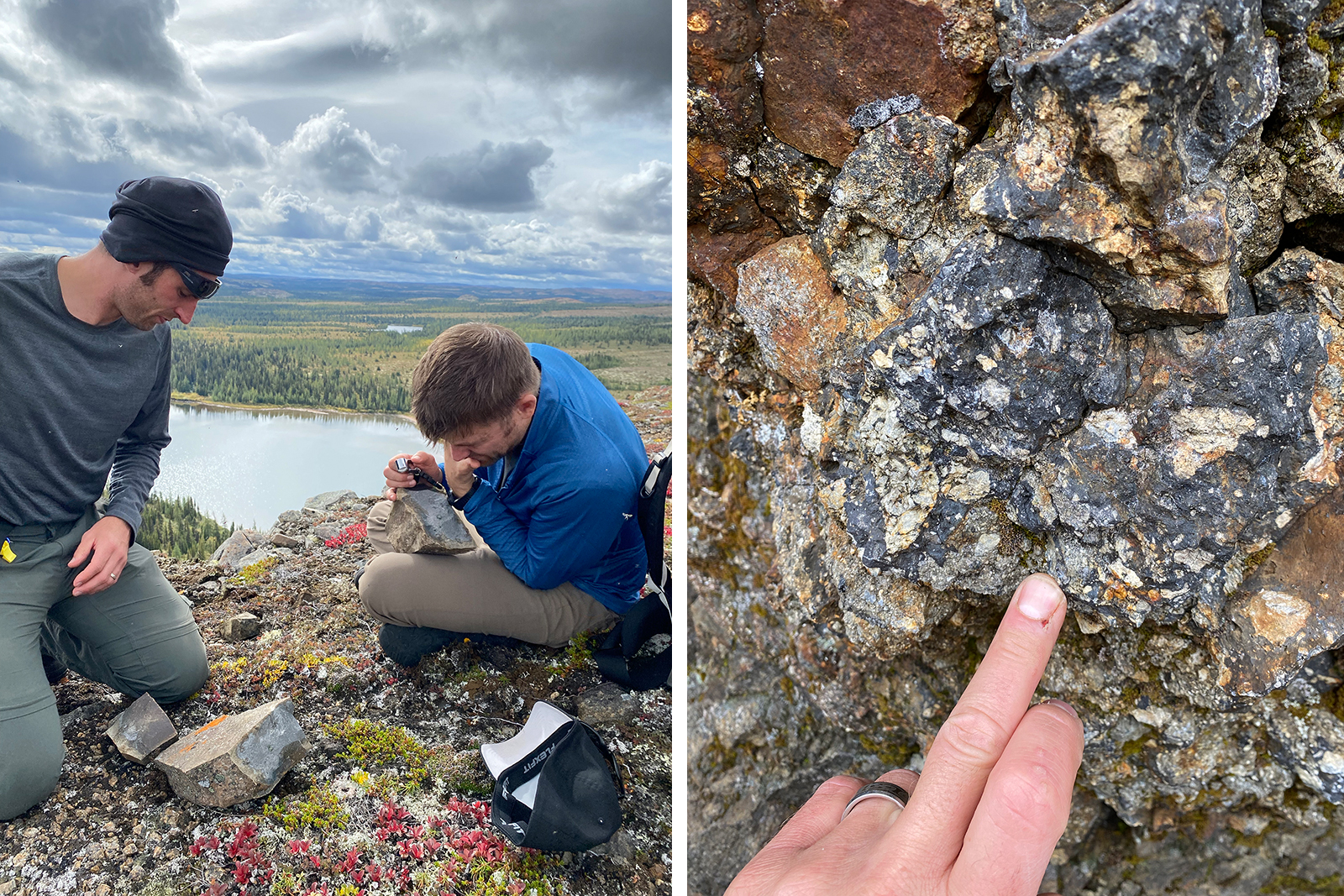 Providing geology training to astronauts is critical if we are to maximize the scientific return of the Artemis missions. Perhaps the biggest motivation is to provide these future lunar explorers with the knowledge that will help them choose the best rocks to sample and bring back to Earth for the global scientific community to study. With thousands of rocks to choose from and only limited room for luggage on the return trip back to Earth, every minute they spend doing geology here on Earth will be worth it. The best training ground is the most realistic one, and in the Kamestastin Lake impact structure in Labrador, Canada has the best impact crater analogue on Earth for the moon.

I would like to thank the Innu Nation and the communities of Natuashish and Sheshatshui for their hospitality and for allowing us to do fieldwork on the Innu territory of Kamestastin.

Gordon Osinski is a geologist and the director of the Institute for Earth and Space Exploration at Western University. He is a Fellow of the Royal Canadian Geographical Society.