The Canadian Space Agency is shooting for the moon again, this time with help from small and medium-sized businesses.

The CSA has awarded seven contracts to five companies and to Western University to advance concepts for nano- and micro-rovers and autonomous science instruments. According to the CSA, these advancements are the first steps toward landing and conducting Canadian science on the moon.

“Our government is positioning Canada’s space sector to reach for the Moon and beyond,” says Hon. Navdeep Bains, Minister of Innovation, Science and Industry. “This investment will help Canadian businesses bring their technologies to market, creating opportunities for them to join the growing space economy while supporting Canada to achieve world firsts in space science and exploration.”

The $4.36 million investment comes from the CSA’s Lunar Exploration Accelerator Program, which has earmarked $150 million over five years for the development of these technologies.

Contracts have been awarded to:

“Winning this contract marks a major step towards achieving one of our goals of launching Western into space,” says Western’s Space Director Gordon Osinski, who is a Fellow of The Royal Canadian Geographical Society.

“The world is focused on returning to the Moon with robots and humans in the next few years and to think that Western faculty and students may play an integral role in developing the instrument that will be the eyes of lunar rovers is incredibly exciting.”

Mission Control Space Services Inc. will advance an AI-based software for the CSA to help rovers navigate on the Moon. #DareToExplore

CSA astronaut Jeremy Hansen says the benefit of using micro- and nano-rovers for exploration comes down to the “rocket equation.”

“You add a little bit of weight to your payload but you add an exponential amount of fuel,” says Hansen. “Reducing the mass to get the same job done changes everything about how we can do it and how affordable it is.”

Hansen says the next lunar missions will be focused on exploring the moon from a resource point of view. Sending smaller rovers would allow the CSA to send multiple rovers to different locations to get a better idea of what resources are available on the lunar surface. 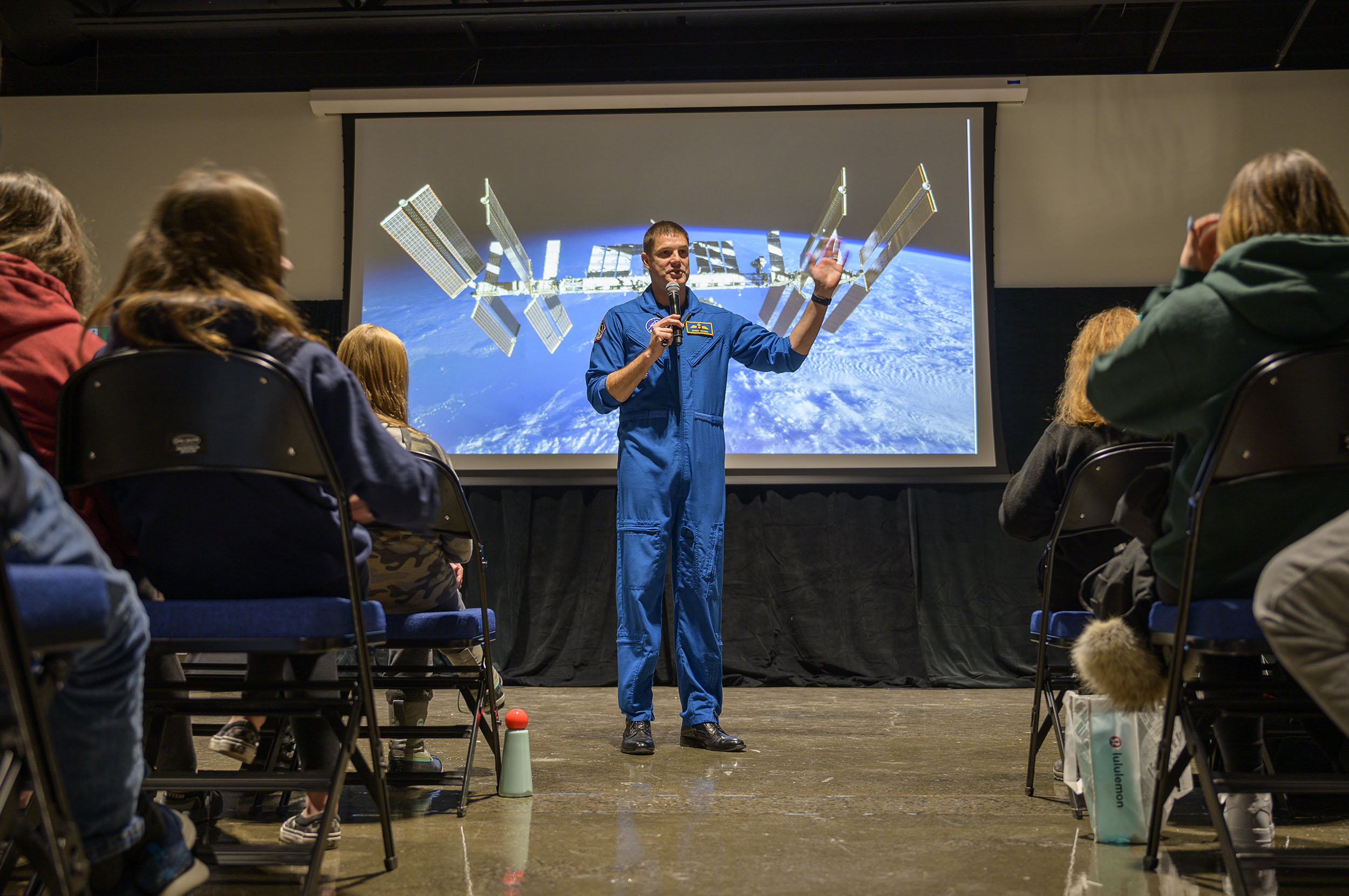 CSA astronaut Jeremy Hansen speaks with students about the future of lunar exploration at a Can Geo Talks event at 50 Sussex Drive in Ottawa, Ontario. (Photo: Javier Frutos/Can Geo)

“It’s kind of like doing reconnaissance,” says Hansen. “The more information we can collect about different places on the moon can help us make a decision about where we’d send people.”

Hansen says the involvement of small Canadian businesses in the next phase of space exploration is a positive sign for a growing economic sector.

“Enabling Canadian innovation is really important,” he says. “Canada has some really neat niche space technologies, and being really intentional in this time could create tons of space jobs.”

According to Hansen, space right now is about a $360 billion a year industry — and that’s expected to triple by 2040.

“These are the seeds of the future of Canadian industry,” he says. “Canada has to be a visionary right now.”