The voters have spoken!
By Angelica Haggert
March 18, 2020

“There’s something about the northern pygmy-owl that draws me to them everytime,” says photographer Anthony Bucci about his winning cover photo of the tiny owl.

Only about 15 to 17 centimetres in height, the northern pygmy-owl is native to Canada, the U.S. and Mexico, partial to semi-open woodlands.

A lot of you voted in favour of the stunning photo on its green background — 68 per cent of you, actually. In fact, this month’s cover vote received what we believe to be a record number of responses! 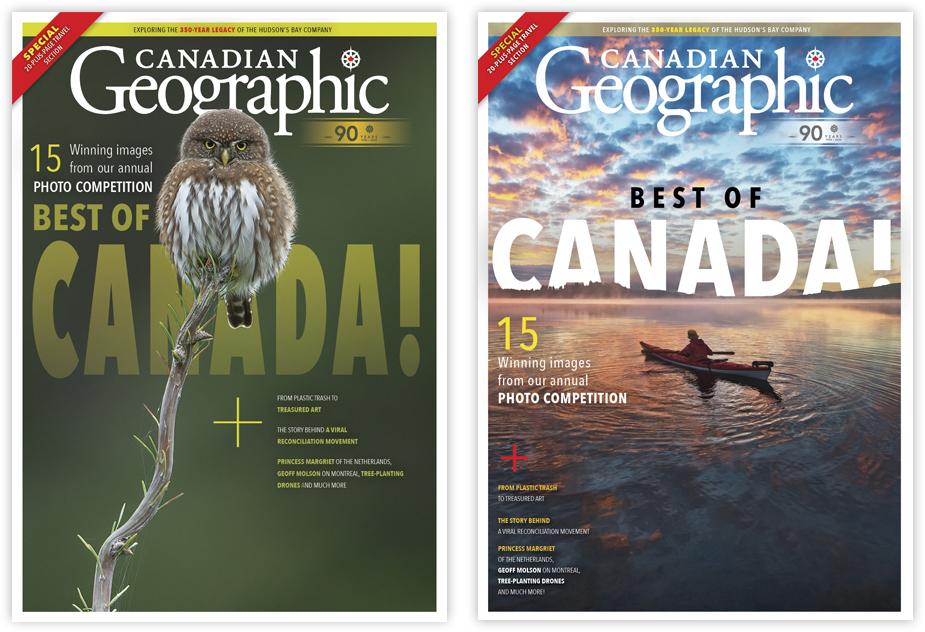 For Bucci, it’s the first time one of his photos has landed on the cover of a major magazine.

“I’m over the moon about it,” says Bucci, adding that he’s been taking photos seriously for about six years.

“I had a lot of people rooting for me. The town will go crazy when they find out.”

Bucci is from Port McNeill, B.C., a town with only about 3,500 residents. He describes the northern pygmy-owl as “full of attitude.”

The owls are “sit-and-wait” predators, moving from perch to perch in short bursts to pursue prey. Unlike other owls, they hunt and eat during the day, sleeping at night.

The photo received a ton of attention online, with commenters on social media insistent it was the right choice for the cover.

“Who can resist this little guy?” wrote one commenter on Instagram.

“His eyes are speaking to me!” said another.

“The bird one is amazing and would jump off the shelf into my shopping cart,” yet another said. Of course, if you don’t feel like braving the grocery store to find your copy, you can become a subscriber and have the magazine delivered straight to your mailbox. 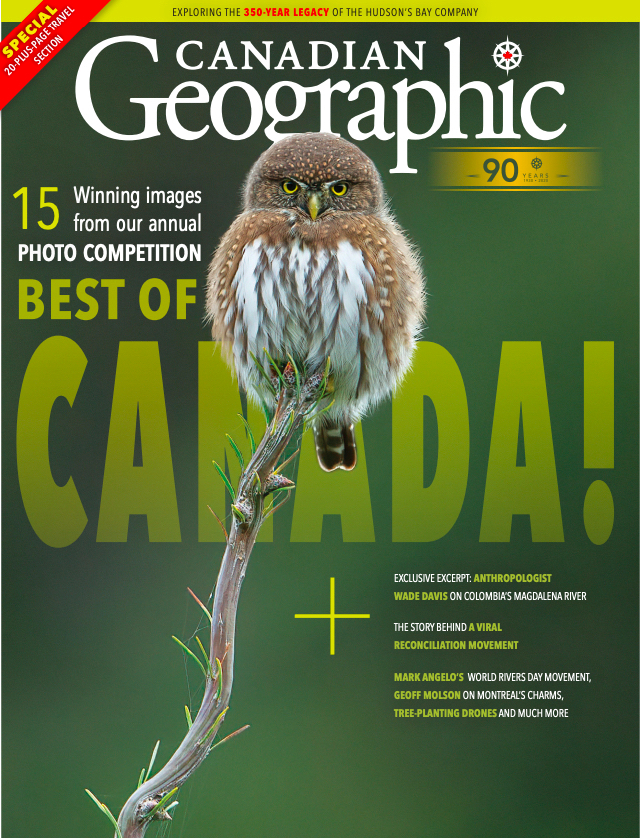 If you don’t already receive our cover vote email but want to, simply sign up for the Canadian Geographic newsletter. And if you’re not a subscriber already, be sure to get your copy of the May/June 2020 issue of Canadian Geographic by subscribing today.