The voters have spoken! (And we agree.)
By Nick Walker
July 18, 2019
Any of the three mountainscapes that went head-to-head-to-head in the September/October cover vote — one from northern Labrador and two from west-central Yukon — would make a magazine cover with stopping power. These locations, featured in the issue in this year’s edition of the “Ultimate Canadian geography quiz,” are among the most beautiful in the world, to be sure, but hardly among our country’s most visited places.

Perhaps the most widely recognizable — and most remote — scene is option #3, a rocky valley in Labrador’s fly- or boat-in-only Torngat Mountains National Park, captured by Newfoundland photographer Michael Winsor (Twitter: @WinsorM). The other two landscapes, both taken by Julien Schroder (Instagram: @arctic.mood) in Yukon’s Tombstone Territorial Park, are more accessible insofar as the park can be reached by a seven-hour drive north from Whitehorse, much of it up the gravel Dempster Highway.

Thousands of readers weighed in, and were clear from the start that the jagged appeal of Tombstone Mountain (option #1) can’t be beat: 50 per cent of voters made it their cover choice, agreeing with Can Geo editors, designers and newsstand experts alike.

Originally named Mount Campbell in 1896 after the late Hudson’s Bay Company fur trader and explorer Robert Campbell, gold miners in the region (not knowing or caring much about who had been honoured with the peak) decided the 2,192-metre mountain should be called “Tombstone” for its imposing central black rock shaft and resulting ominous appearance. The apt description stuck, and “Tombstone” was later applied to the nearby river and the surrounding territorial park, a startlingly beautiful place of ragged ranges and colourful tundra.

We’ll be happy if this dramatic cover catches the eye of new readers when it hits newsstands in August. We’ll be even happier if someone out there feels inspired to start planning their adventure to Yukon, to Labrador, or to any of this country’s more distant reaches.

If you don’t already receive our cover vote email but want to, sign up for the Canadian Geographic newsletter. And if you’re not a subscriber already, be sure to get your copy of the September/October 2019 issue of Canadian Geographic by subscribing today. 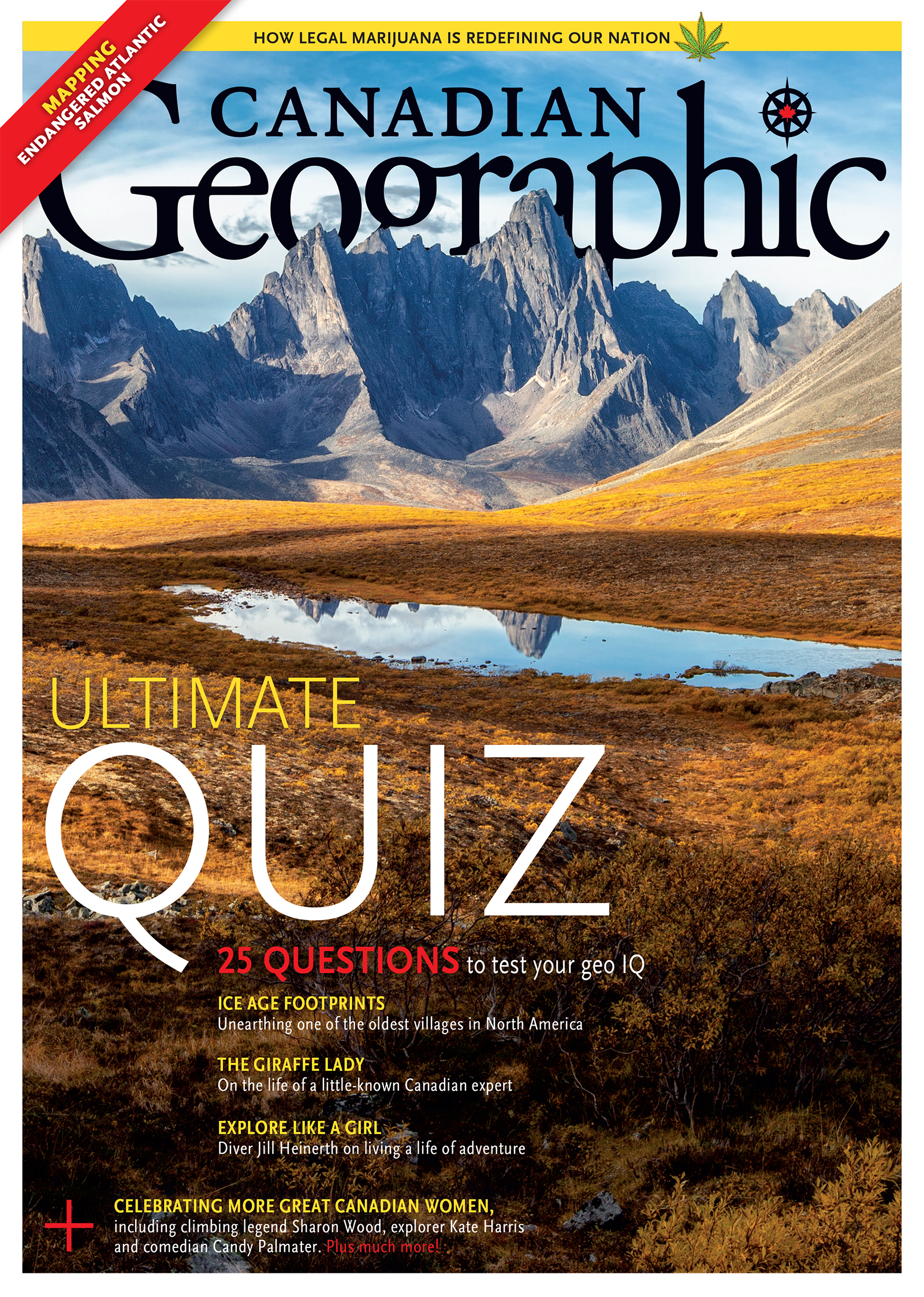