The voters have spoken!
By Nick Walker
September 24, 2019

“Marauder, protector, companion, mythic monster — Canis lupus, the grey wolf, resides in many parts of our cultural psyche.” So writes wildlife photographer and author Mark Raycroft in his introduction to the November/December issue’s cover feature about wolf ecology and behaviour.

As ecosystems are transformed by climate change and development encroaches on more and more of the wildernesses that the grey wolf requires to survive, it becomes increasingly necessary to dispel the assumptions and myths that surround this highly intelligent pack hunter and keystone species. And if any group is there already — passionate about furthering our understanding of wolves and protecting critical habitat —it’s Canadian Geographic’s readership.

The November/December issue cover options. Option #3 won 44 per cent of the vote, with #1 and #2 earning 30 and 26 per cent. (Left and middle: John Marriott; right: Ian McAllister)

Needless to say, each of the wolves in this cover vote (held each issue to solicit feedback from our followers) had its champions, and none ran away from the pack. Of the howling black wolf in option #1 (30 per cent of votes), readers said they appreciated the view of its natural snowy surroundings and the depiction of this most famous of wolf behaviours. The black wolf in option #2 (26 per cent) was praised for its piercing, mesmerizing eyes, yet several voters thought it seemed a touch menacing — not the kind of interpretation of the species they were looking for. In the end, nothing beat the allure of the tawny grey wolf in option #3 (44 per cent). Its powerful, poised eye contact, insisted readers, lends it the appearance of being regal, curious but in control — not at all frightened or displaying aggression because it feels threatened.

One commenter put it this way: “For some, even the word ‘wolf’ still instils a sense of fear or alarm. [This photo] invites viewers to reconsider ‘the big bad wolf’ of their fears and look to wolves as intelligent and pack, or family, oriented, as something they should get to know and understand.”

If you don’t already receive our cover vote email but want to, simply sign up for the Canadian Geographic newsletter. And if you’re not a subscriber already, be sure to get your copy of the November/December 2019 issue of Canadian Geographic by subscribing today. 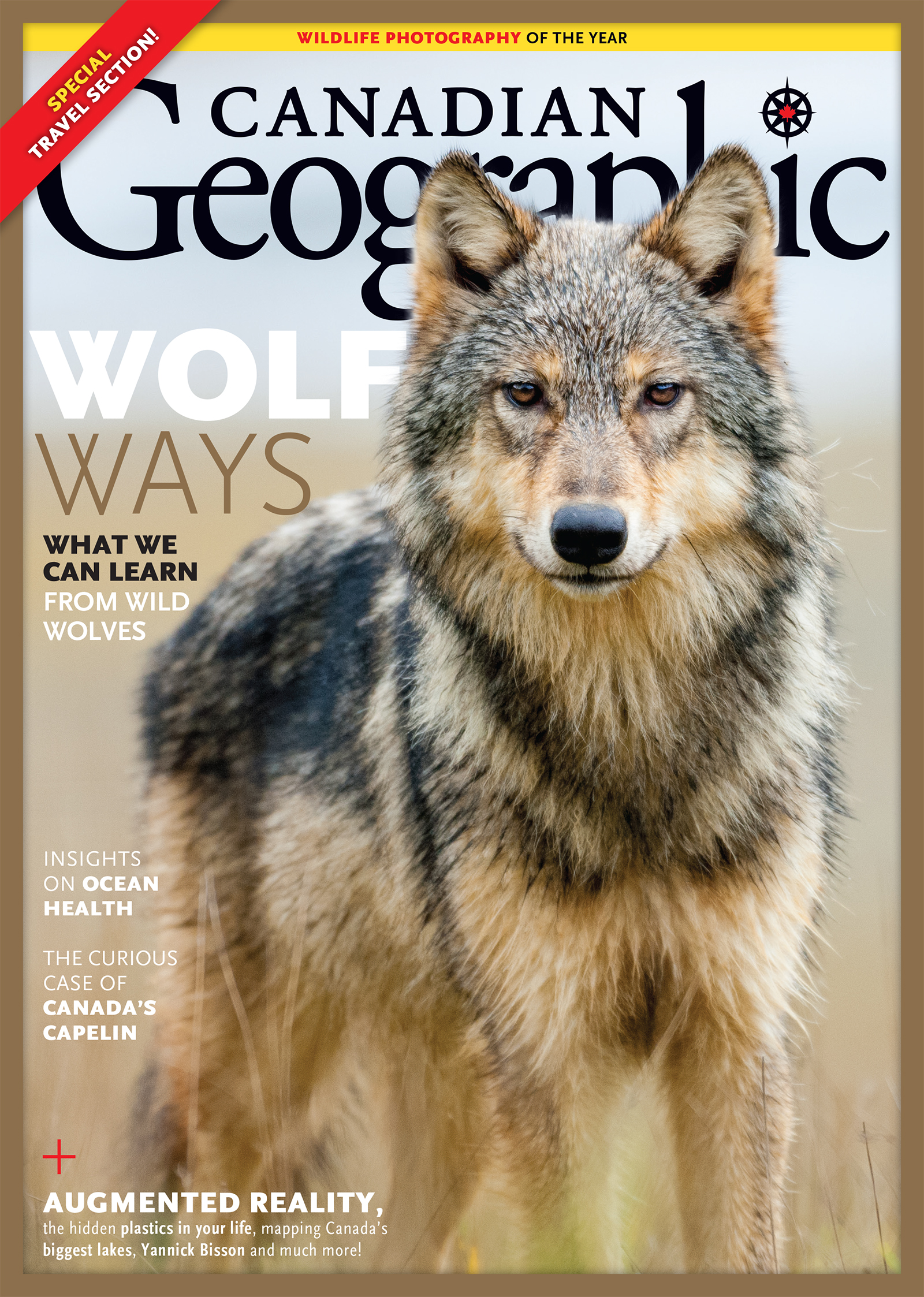 The winning cover for the September/October 2019 issue. Photographer Ian McAllister captured this image of a coastal wolf — a subspecies of grey wolf — in a coastal estuary of British Columbia’s Great Bear Rainforest. (Photo: Ian McAllister)