A tribute to the acclaimed oral history expert and RCGS Honorary Vice-President, who passed away this morning
By Nick Walker
March 23, 2018

Louie Kamookak, a respected Inuit oral historian and Honorary Vice-President of The Royal Canadian Geographical Society, died this morning in hospital in Yellowknife.

Born in 1959 at a seal-hunting camp on the Boothia Peninsula near modern-day Taloyoak, Kamookak dedicated his adult life to working with youth in his hometown of Gjoa Haven, Nunavut, where he was a school teacher and more recently an Elder, preserving and passing on traditional Inuit knowledge, and — perhaps most famously — spending countless hours on the land searching for the lost John Franklin expedition. His knowledge of the King William Island region and of traditional Inuit accounts about the end of the 1845 expedition and its captain and crews aided in the discovery of the shipwrecks, particularly leading up to Parks Canada’s 2014 discovery of HMS Erebus. 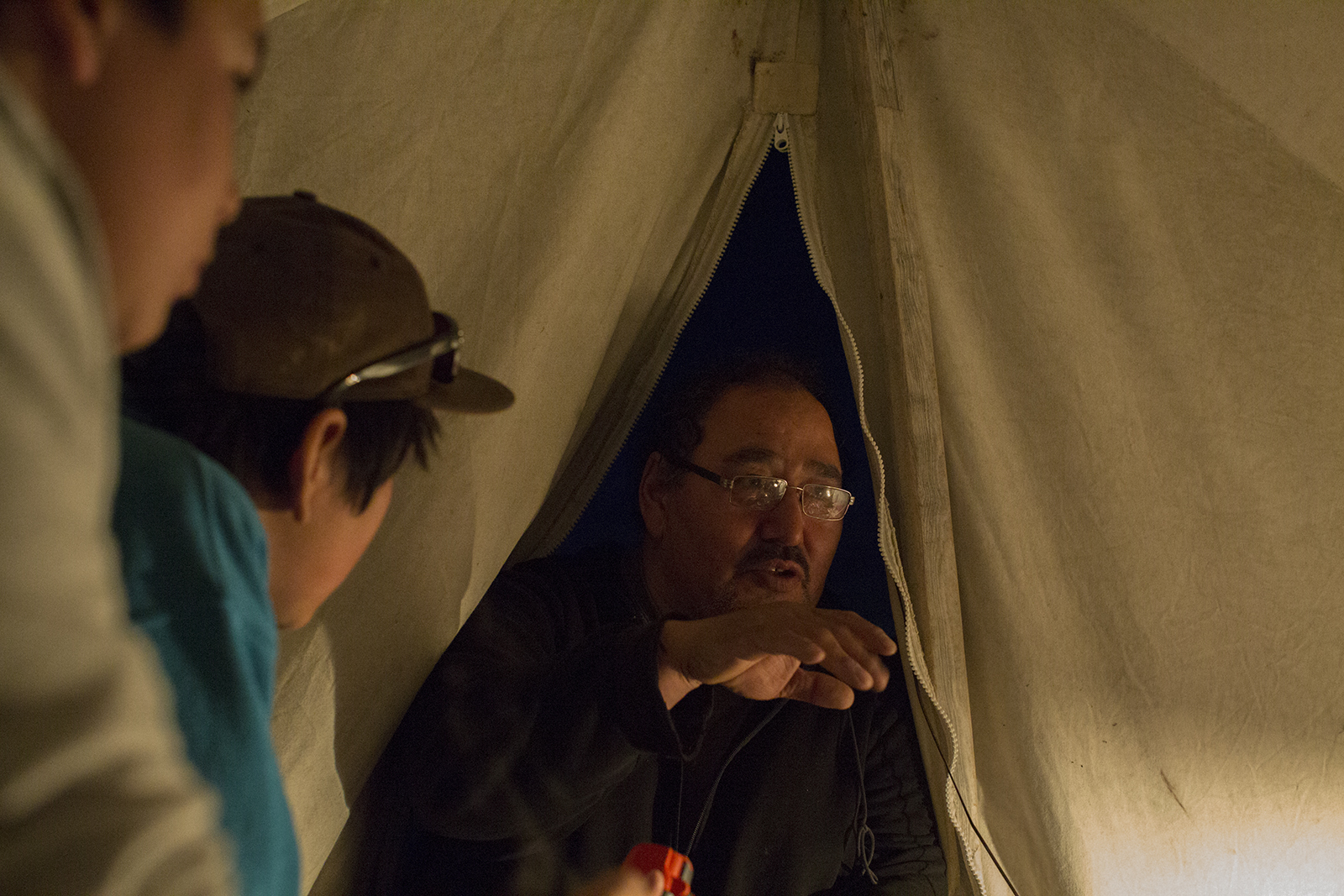 Kamookak recounting traditional stories with the Gjoa Haven youth who joined him on the RCGS-Flagged 2015 Malerualik Expedition, part of his decades-long effort to pass Inuit traditions and knowledge on to the next generation. (Photo: Jason Fulford)

Kamookak is a past recipient of the Society’s Lawrence J. Burpee Medal, has been honoured with the federal government’s Polar Medal and the Inuit heritage Trust Recognition award, and in 2017 was invested as a Member of the Order of Nunavut and the Order of Canada. The citation for the latter highlighted “his relentless dedication to collecting and showcasing the stories of the Inuit of Nunavut.”

Kamookak’s explorations of oral history have been supported by the RCGS and, on a number of occasions, featured in Canadian Geographic. “My thoughts always go first to the Elders I’ve interviewed in the past, and the knowledge that they give to me to pass on to other people,” he told the magazine in 2015. “I always try to honour them.”

In honour of his decades of exploration and preservation of traditional knowledge, the RCGS had recently established a new honour, the Louie Kamookak Medal. In light of his passing, the inaugural medal will now be posthumously awarded to Kamookak himself.

“The Society has lost its Honorary Vice President and we have lost a great friend,” says John Geiger, CEO of the RCGS. “Louie was a lovely man, the last great Franklin searcher, and a teacher of incredible wisdom not only for the Inuit but for us all.”

Louie was a lovely man, the last great Franklin searcher, and a teacher of incredible wisdom not only for the Inuit but for us all.

Kamookak is survived by his wife, Josephine, their five children and seven grandchildren. “He was happiest when he was on the land,” says Josephine. “As we remember him, he would want us all to know that life will go on.”

Canadian Geographic will be looking at Kamookak’s life and work in greater detail in the coming days. 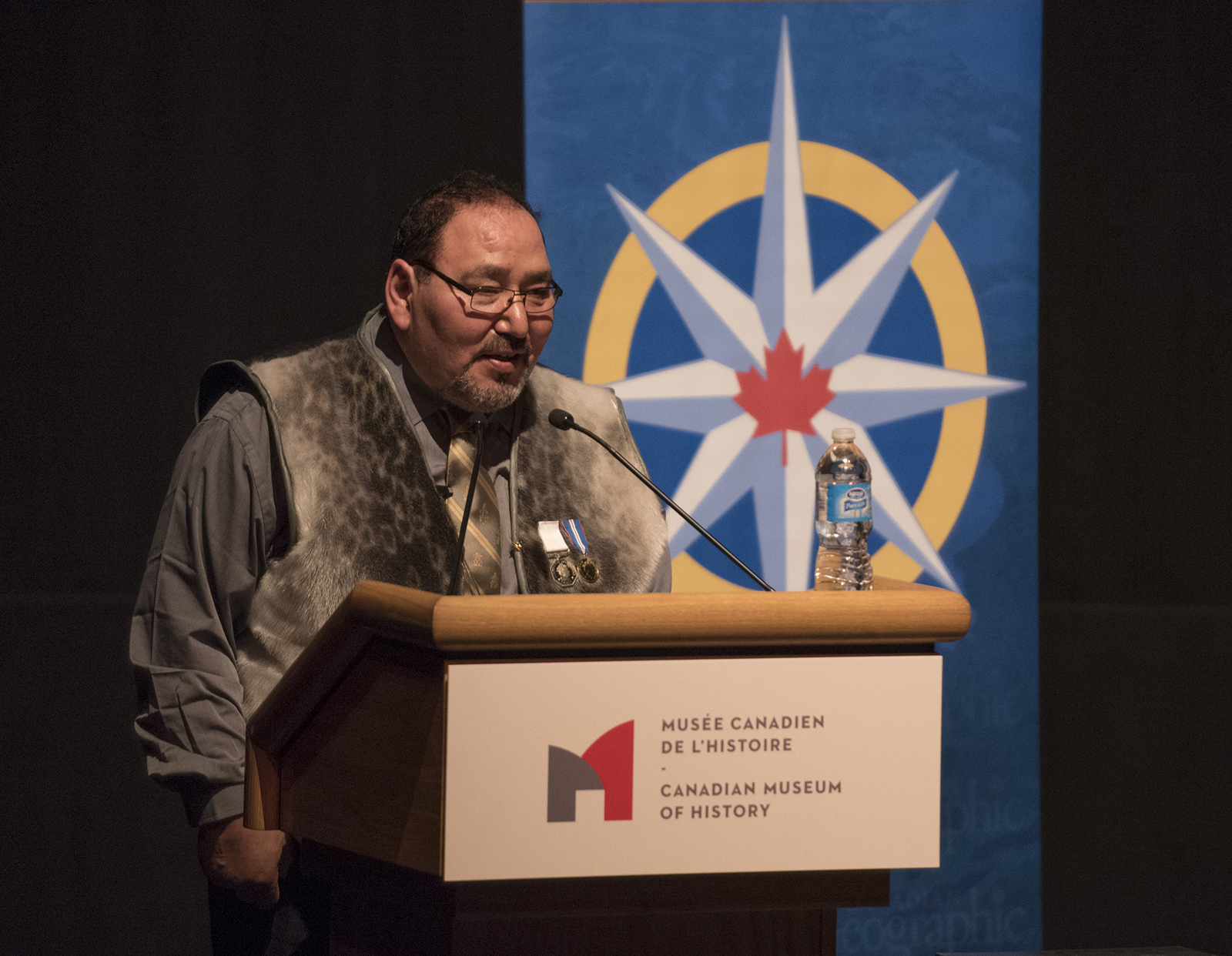