The Royal Canadian Geographical Society is expanding its Explorer-in-Residence program.

At the first annual Sights, Sounds and Tastes of Canada gala, held at Airship 37 in Toronto’s historic Distillery District Feb. 28, RCGS CEO John Geiger announced that Fellows George Kourounis and Adam Shoalts have been appointed Explorers-in-Residence. They join underwater cave diver Jill Heinerth, who for the past two years, with the support of The W. Garfield Weston Foundation, has travelled Canada on a mission to inspire young people to discover their country, pursue the fields of science and technology, and to protect their natural inheritance.

It is a tribute to her success in the role that the RCGS is now appointing others to join her, says Geiger. “Everyone at the RCGS is excited by the appointment of these remarkable new Explorers-in- Residence.”

George Kourounis is an award-winning broadcaster and internationally regarded expert on natural disasters. One of the world’s most intrepid and best-known storm chasers, Kourounis’ work has taken him around the world to document nature's extremes, from Tornado Alley, U.S.A. to the fiery Darvaza gas crater in Turkmenistan.

Adam Shoalts has come a long way from his days as an intern for Canadian Geographic. An avid adventurer, Shoalts has undertaken several grueling solo expeditions, spending months alone in Canada’s wilderness. He has written two national best-sellers, Alone Against the North and A History of Canada in Ten Maps.

“Each is a skilled communicator whose work embodies the Society’s mission to make Canada better known to Canadians and to the world. Together with Jill Heinerth, they will be great ambassadors not only for the Society and geography but for exploration,” says Geiger, adding one other new Explorer-in-Residence will be announced soon. 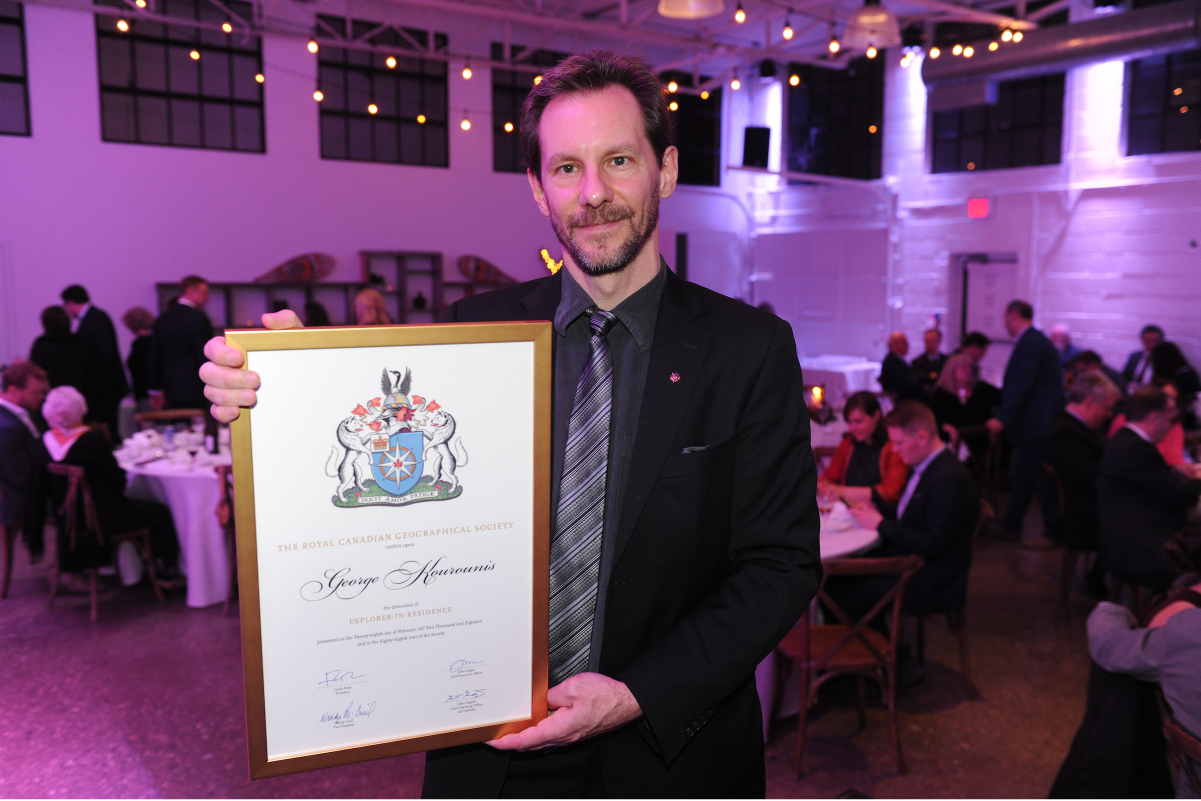 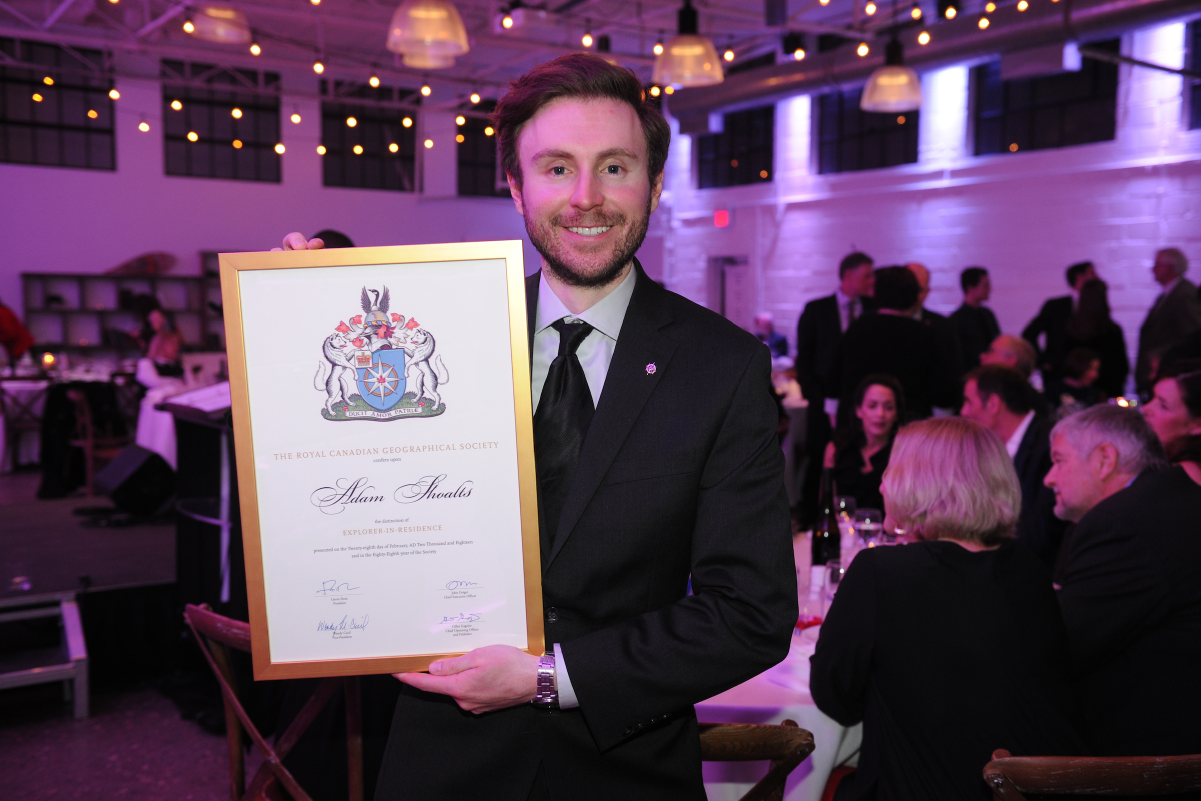 George Kourounis (top) and Adam Shoalts at the Sights, Sounds and Tastes of Canada gala on Feb. 28, where they were announced as new Explorers-in-Residence of the RCGS. (Photos: Tom Sandler/Canadian Geographic)

The Sights, Sounds and Tastes of Canada gala featured musical performances from rising artist Jessie Jean and world renowned singer-songwriter Béatrice Martin — popularly known by her performance name, Coeur de pirate. Martin received a standing ovation, and was presented with the Capt. Joseph-Elzéar Bernier Medal for her success in introducing people globally to la chanson française, and for her support of the RCGS. She was also made an Honorary Fellow of The Royal Canadian Geographical Society.

In his keynote address, Shoalts provided a gripping account of his remarkable 4,000-kilometre solo expedition across the Canadian Arctic last summer, undertaken to mark Canada 150.