Qamanirjuaq caribou are adapting to earlier spring, but that might not stop their decline | Canadian Geographic

A key barren-ground caribou herd is adapting to changes in food availability caused by climate change, says new research from the University of Alberta
By Julia Duchesne
June 2, 2020

“We're seeing the caribou respond to that by advancing their migratory and reproductive behaviour.”

“The actual time taken to migrate appears to have increased. So they're migrating more slowly, as the climate warms,” says Mallory. The longer migration is likely due to changing snow conditions on the herd’s winter range and declining snow cover along their route. Trudging through slushy or soft snow takes extra energy, and falling through the spring ice crust can injure the animal’s legs. 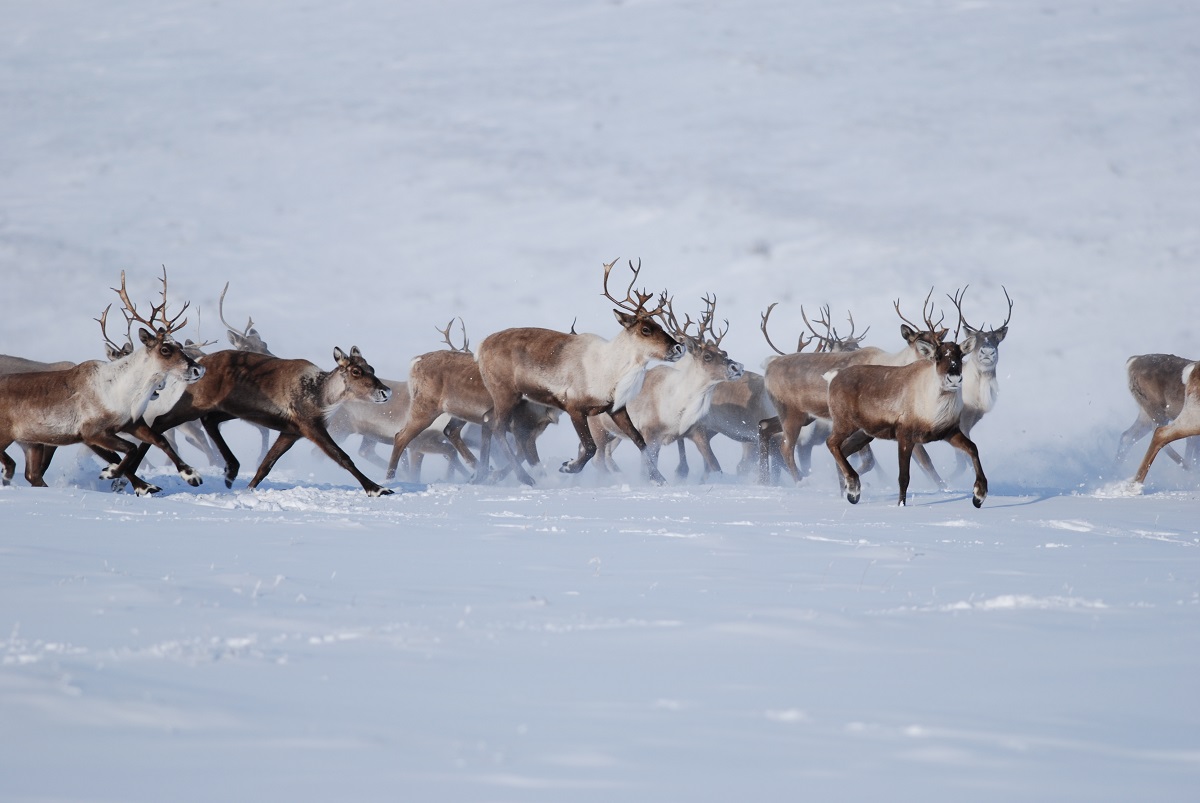 Barren-ground caribou face a number of threats, including disturbances to its food and habitat. (Photo: Yukon.ca)

“If we are to give them other challenges from disturbance or other developments, that's just adding more and more stressors and more issues that they have to deal with,” says Mallory. “Maybe they won't be able to adapt in the same way if they're not given the space and opportunity to do so.”