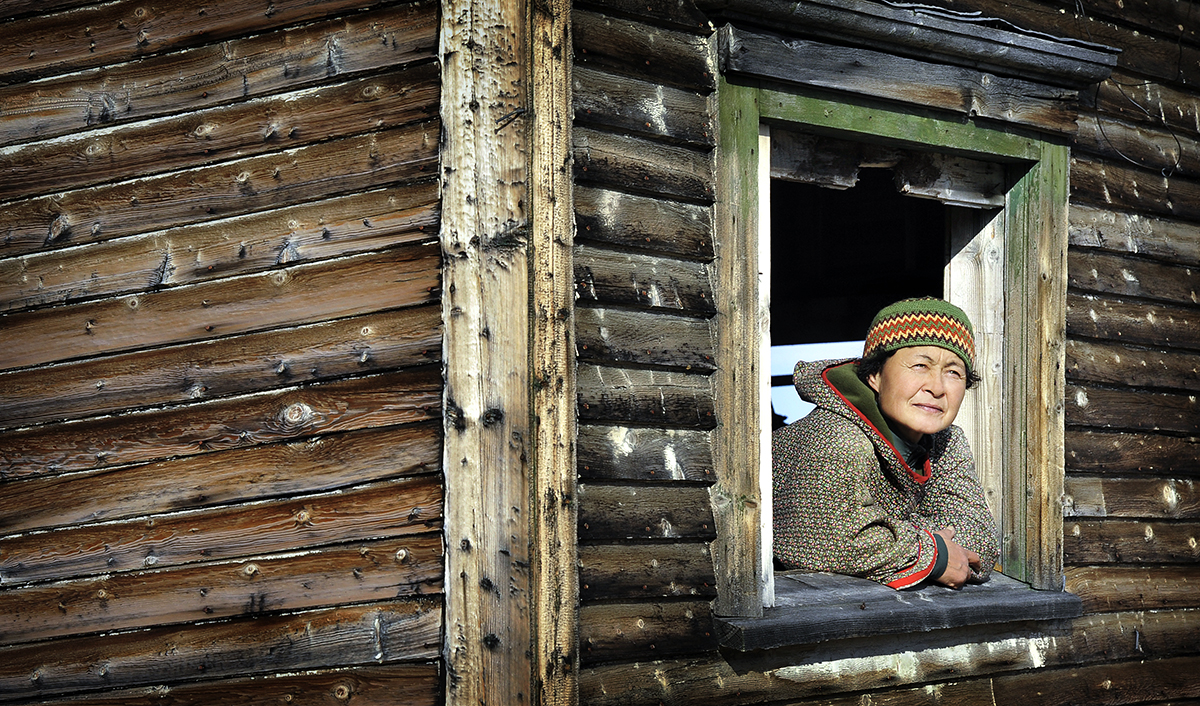 Aaju Peter looks out of the abandoned buildings in Hebron, an abandoned Moravian mission established in 1831. Once a thriving community, on Easter Sunday in April 1959, the missionaries suddenly left Labrador. They’d been sent to the region with the purpose of providing religious instruction to the local Inuit, but the rigours of northern life and the high cost of sending supplies to the remote settlement led to a mass relocation of the Inuit population to other communities further south and children being placed in residential schools. (Photo: Michelle Valberg) 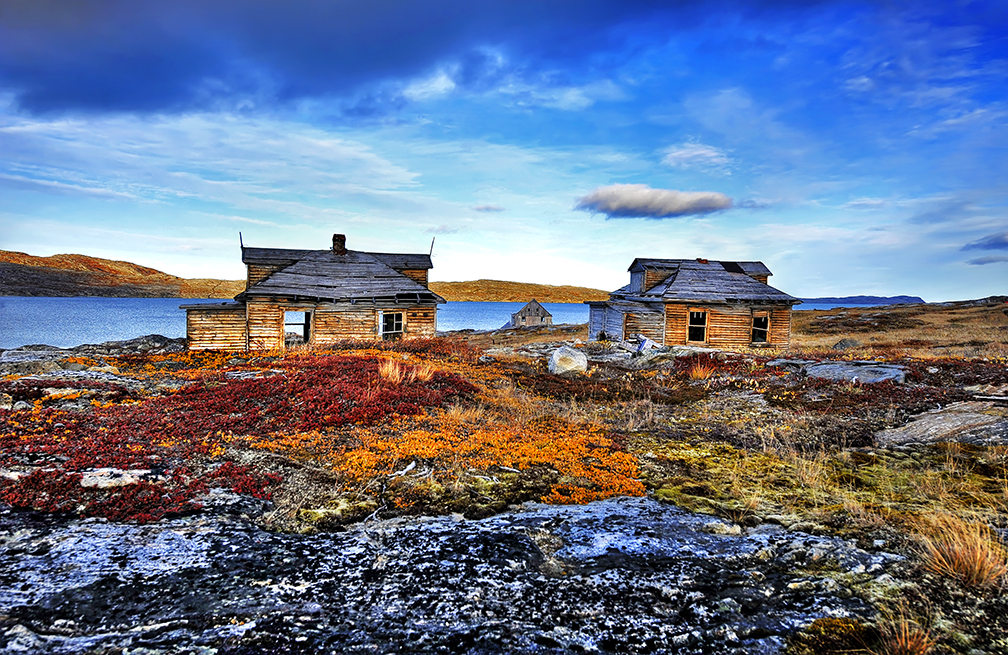 Set against the strikingly beautiful landscape at Hebron, the skeletons of homes are being reabsorbed back into nature while carpenters are working to preserve the main building. As I walked through the old settlement, now thickly carpeted with blueberries, partridge berries and crow berries, I stumbled across an old graveyard. I wondered who these people were and how they lived. There’s a strangely comforting presence about Hebron, as if those people are still there, tied to the land. (Photo: Michelle Valberg) 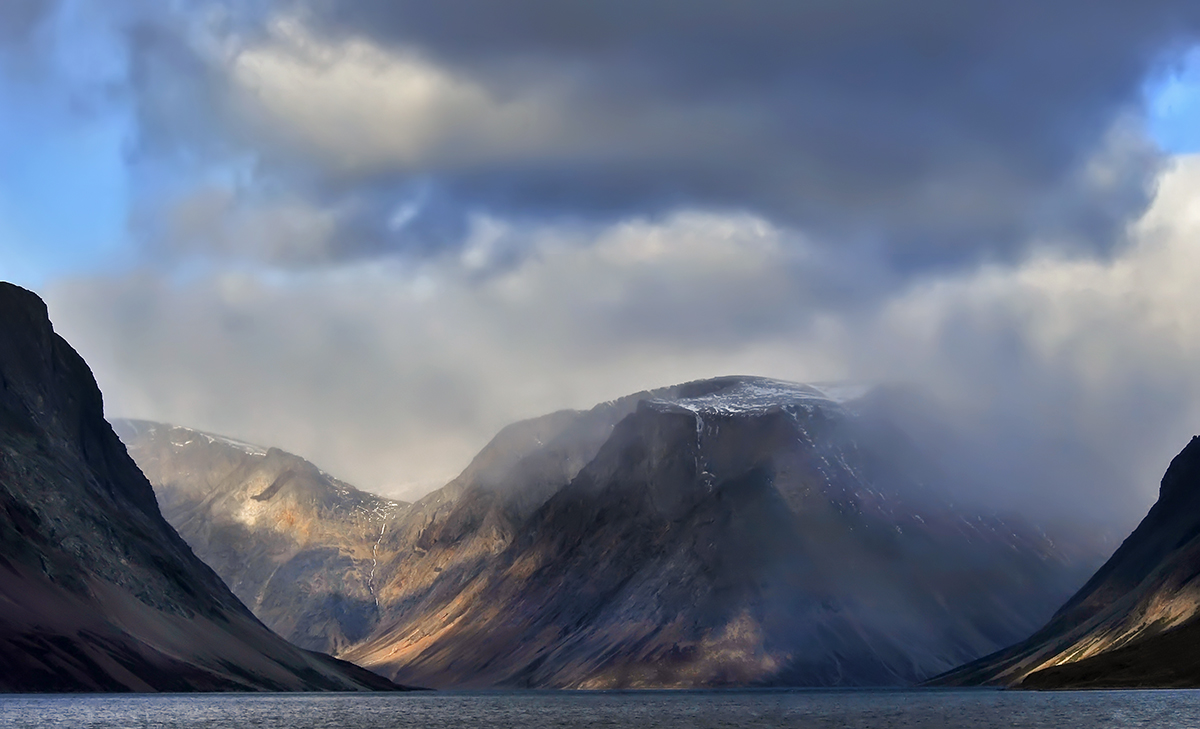 The clouds lifted when we entered the Nachvak Fiord to reveal the Torngat Mountains. I can’t remember what I did first—gasp in astonishment or automatically pick up my camera. Either way, the effect of seeing the looming, ancient majesty of the Torngats took my breath away. And I never fully got it back for the ten days of the trip. (Photo: Michelle Valberg) 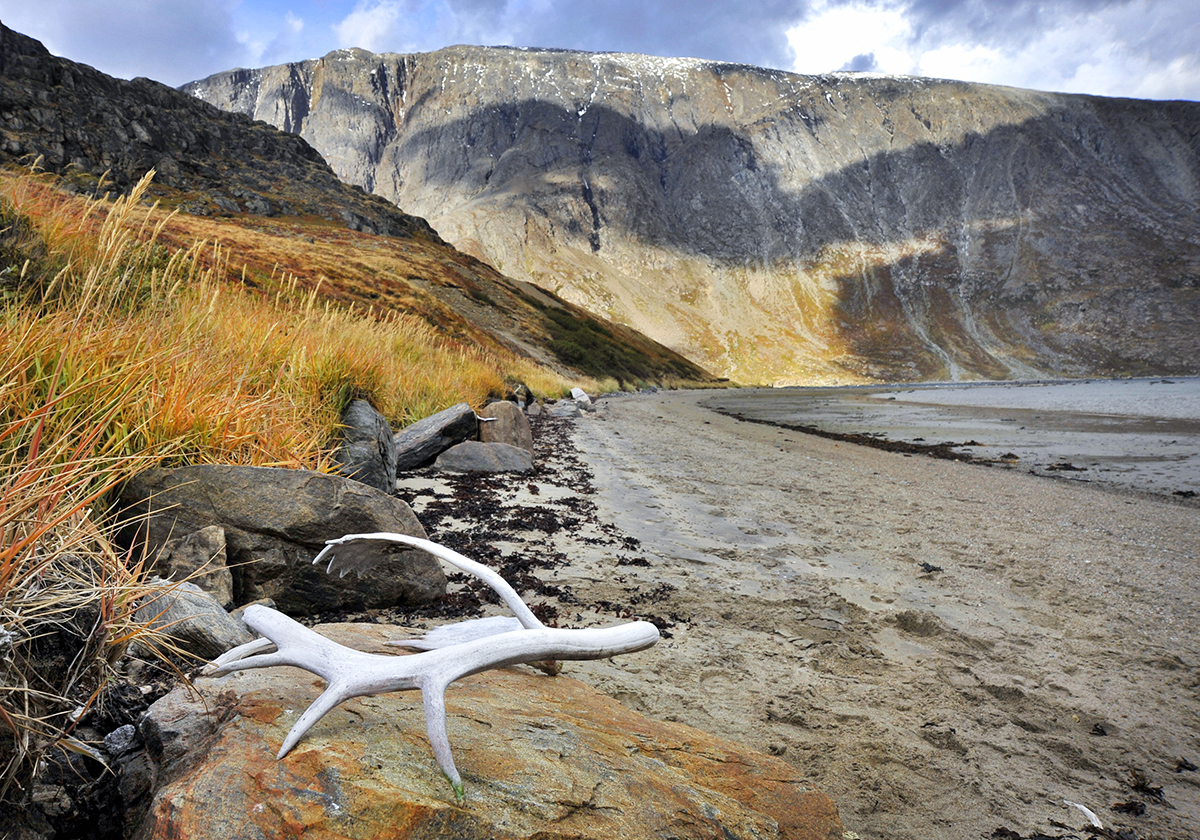 Caribou antlers were scattered all along the shores of the deep Nachvak Fiord. Many boreal and arctic animals call this area home, and for thousands of years the Inuit, and the peoples before them, have followed the migration patterns of certain species, such as caribou, throughout the region. Once ashore, we found bird blinds and meat caches left by Inuit hunters. (Photo: Michelle Valberg) 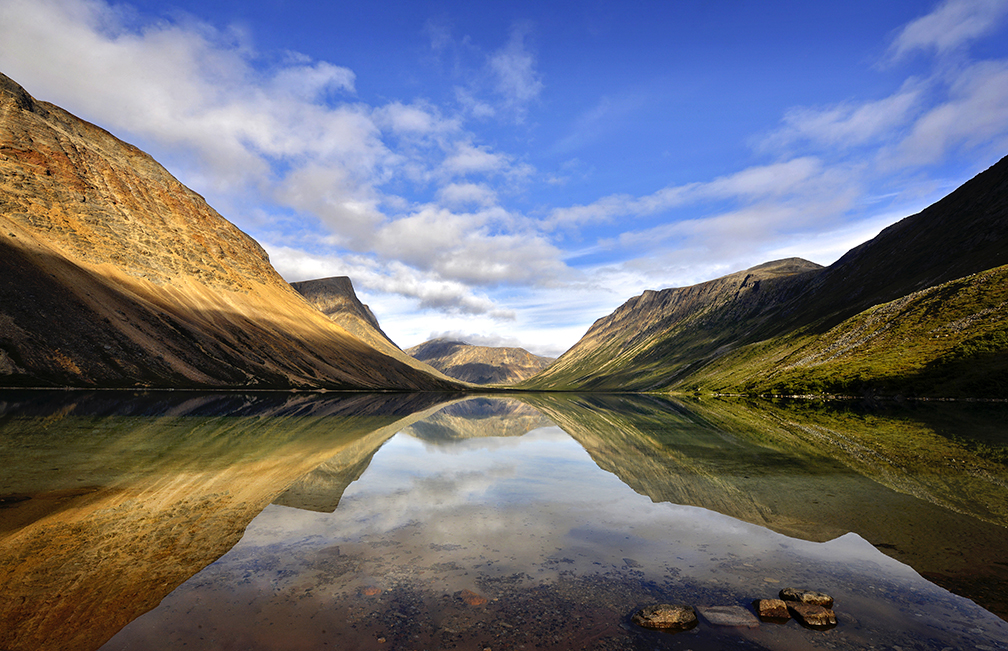 A morning reflection in the North Arm of the Nachvak Fiord. A thick crust of emerald lichen covers some of the slopes rising from the two-kilometre wide fiord. (Photo: Michelle Valberg) 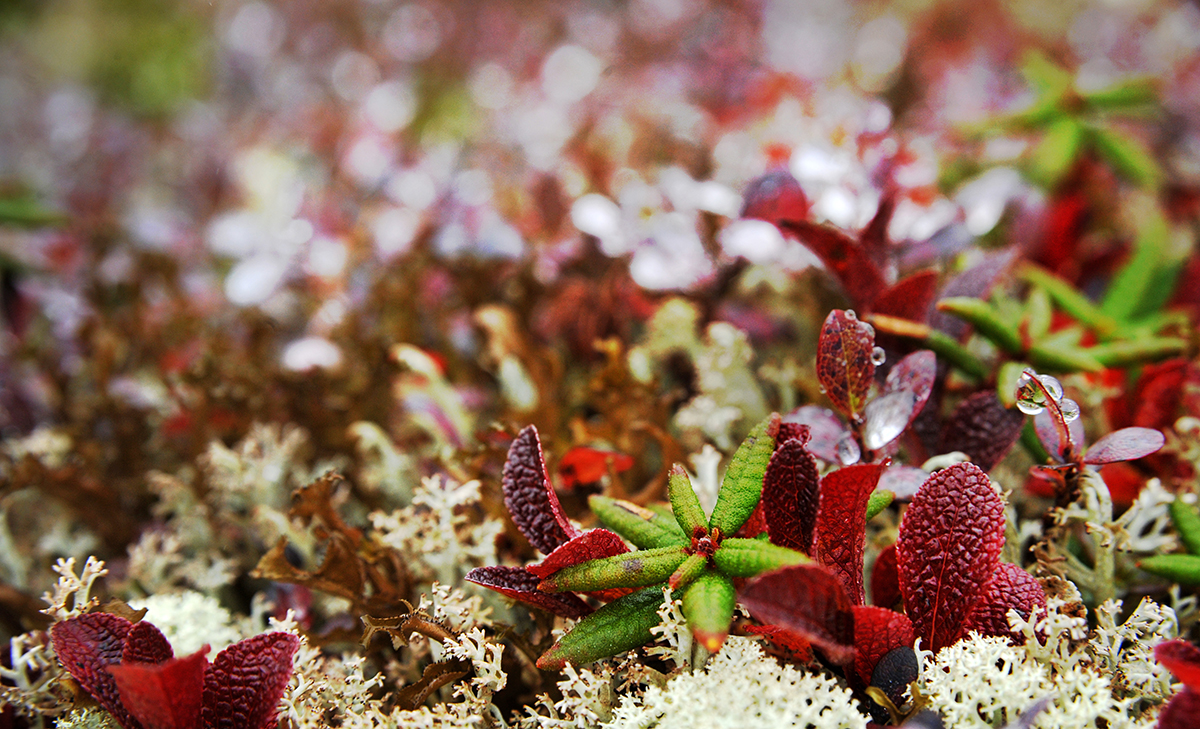 Autumn foliage on the ground along the Labrador coast. (Photo: Michelle Valberg)

A panorama at the end of Nachvak Fiord. The vista is so huge—so much wider than the human eye can process. (Photo: Michelle Valberg)