Ocean week! Locating and diving on the world’s deepest shipwreck

In late March 2021, explorer Victor Vescovo confirmed the location of — and dived on — the world’s deepest shipwreck, USS Johnston. The American destroyer was sunk in the Philippine Trench east of the Philippines on Oct. 25, 1944, during a battle with Japanese ships during the Second World War. It was found at a depth 6,456 metres. The expedition was managed by EYOS Expeditions, where I am Director of Expedition Operations & Undersea Projects. 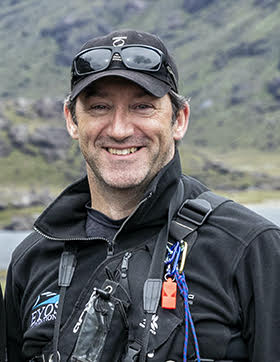 EYOS has planned, managed and led every expedition from DSSV Pressure Drop for Vescovo, a former U.S. Navy commander who along with his team, has racked up an impressive range of accomplishments, including the first dives to the deepest point in each of the world’s oceans, dives to RMS Titanic and now to USS Johnston.

For the Johnston expedition, we were joined by another former naval officer, maritime historian Parks Stephenson. Stephenson spent months studying U.S. and Japanese navy logs identifying positions by cross-referencing the trajectories of shells fired between warships during the battle.

The Johnston’s crew are widely known for their courageous action on the day of the ship’s sinking. They led the charge against a vastly superior Japanese fleet headed by the immense Yamato, one of the largest and most powerfully-armed battleships ever constructed. Johnston was sunk during intense fighting off the coast of Samar Island during the Battle of Leyte Gulf, cited as the largest naval battle in history. The story is a true David-versus-Goliath tale.

A 2019 expedition by another team discovered pieces of wreckage, but a positive identification of the wreckage was not confirmed and the position was not publicly released.

Bathymetric data captured by Pressure Drop’s highly-sophisticated sonar during our expedition revealed seabed features that helped determine the best search area. We were confident that the submersible’s onboard sonar, high-definition cameras and powerful lights would pick up the debris field. Once the initial wreckage was found, the sub would be directed toward the scour in the seafloor leading to deeper water and hopefully the majority of the wreck.

The submersible we use is the Triton 36000/2, named DSV Limiting Factor (nicknamed LF). It is the only commercial vehicle with an unlimited depth rating. Prior to the development of LF, diving by human-occupied submersibles deeper than 6,000 metres — known as the hadal zone — was only achieved on a few occasions. Immediately prior to the search for Johnston, the LF conducted two 10,000-metre dives into the Emden Deep of the Philippine Trench, the third deepest trench on the planet. It is the first recorded time humans have visited this undersea location. 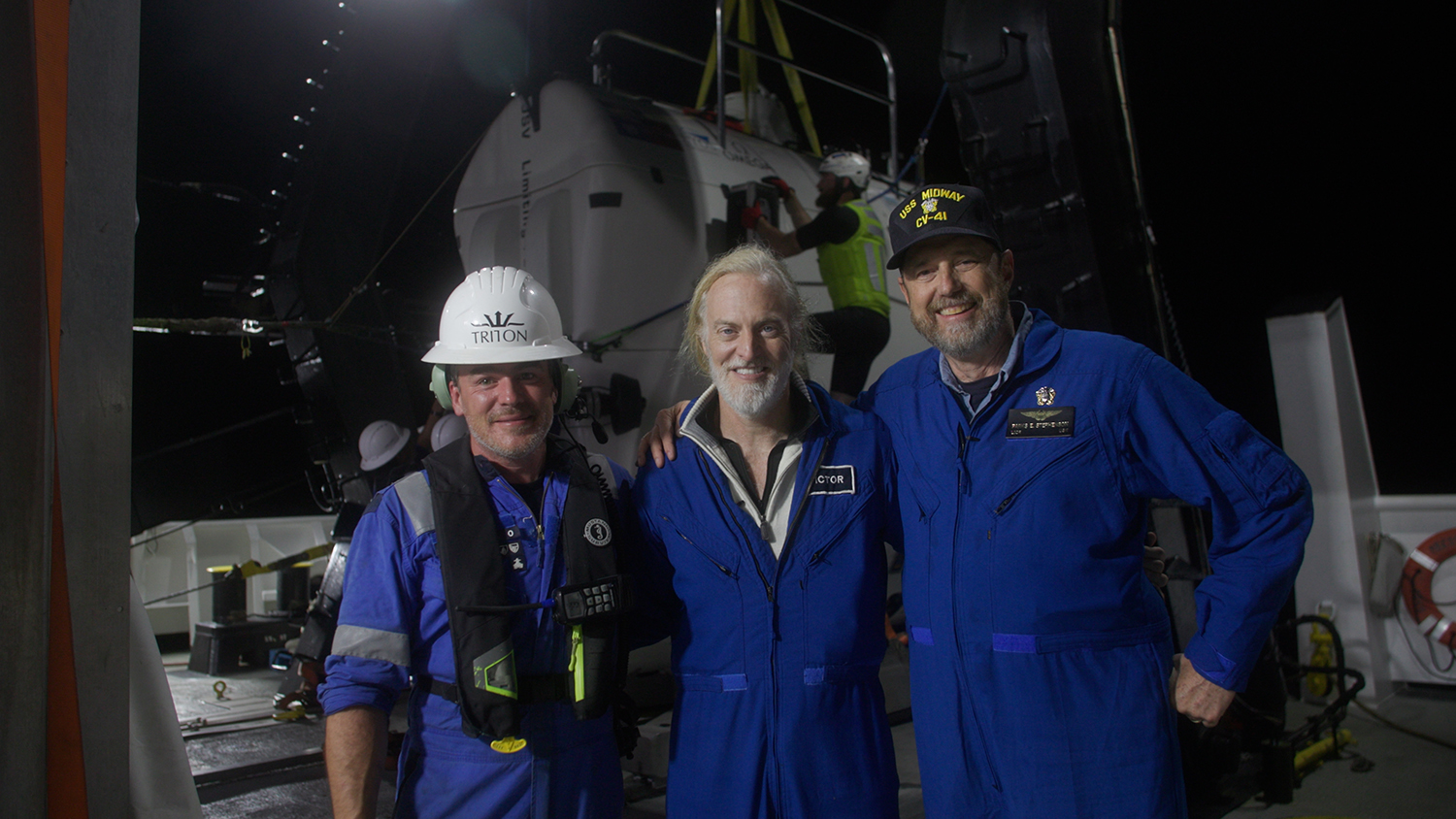 Even with all the detective work, the technology and resources applied, the search was still a challenge. Vescovo and Stephenson descended for the first dive and searched along the undulating contours of the trench, but after four hours, they’d observed nothing. A second dive, this time with Canadian Shane Eigler, an engineer with Triton, also revealed nothing. Dives were long, with nearly three hours of descent, several hours searching the seabed, then the long ascent back to the surface.

While the pressure was ever-present at depth, it was also beginning to build onboard the ship on the surface. The night after the second dive, Vescovo and I, as well as the sonar team, pored over the data and developed a new plan. As a former intelligence officer, Vescovo was familiar with collating pieces of information to build a bigger picture; he stuck to the facts of what we knew and where we knew the wreck wasn’t. The sub was checked and ready to go, and everyone was happy to commit to a third dive deeper than 6,000 metres in as many days — a feat not previously recorded.

As the third dive was underway, I was sitting next to the comms station where the sub team communicated concise messages with Limiting Factor at planned intervals. Stephenson sat next to me positively bristling with anticipation. We could see the target area and the sub’s approximate position overlaid on the sonar tracking screen above us. Hours into the dive, Vescovo sent his latest update with depth and heading, then the words, “Life support good. At Johnston.” Our explosion of cheers was quickly hushed as the sub team relayed their return message. This pre-arranged signal confirmed they’d found the debris field, but not the main wreck. 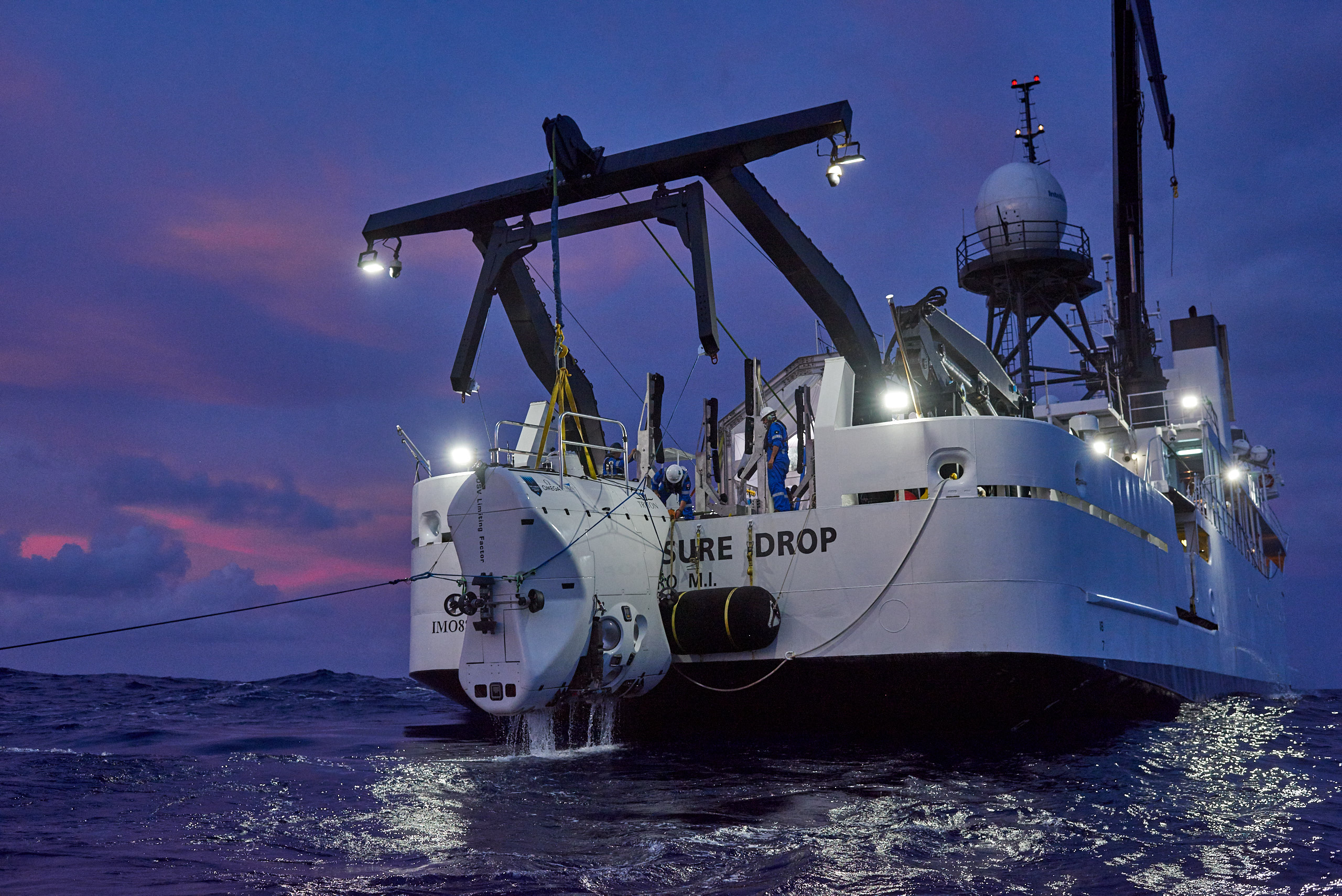 The sub, Limiting Factor, returning to DSSV Pressure Drop after a visit to the Mariana Trench. Both were used for the USS Johnston expediiton. (Photo: © ReeveJolliffe)

At this time, Vescovo and Eigler were eagerly studying the onboard sonar and looking through the three thick acrylic viewpoints at twisted chunks of metal. The sonar was returning increasing numbers of signals, indicating more and more debris. Suddenly, the divers encountered a track scoured in the mud believed to be created by the rest of the wreck that likely slid down a relatively steep slope. They turned and followed the gouge deeper into the trench.

Back onboard Pressure Drop, we continued to closely monitor radio comms for the next hour, hopeful to glean further information. The comms crackled into life as Vescovo made his next update about the sub’s depth and heading. Unexpectedly, he advised he was ending the dive and ascending, before simply announcing: “At bow.”

What was discovered is truly remarkable. The destroyer had suffered unrelenting bombardment before sinking and smashing its stern into the seabed, sliding and skidding to a halt at nearly 6,550 metres. The main body of Johnston is sitting upright with the hull number 557 clearly visible on both sides of the bow. A fourth dive the next day with Vescovo and Stephenson allowed for a detailed survey of the wreck. Two gun turrets, twin torpedo racks and multiple gun mounts are still in place. USS Johnston remains defiant and proud. As Vescovo commented: “She looks like she’s still fighting.”

All onboard Pressure Drop felt the jubilation of a successful expedition, but also respected the bravery, determination and sheer guts of Johnston’s crew. In its sinking, 186 of the 327 crew were lost. Remembering a time of terrible and awful war, Vescovo and Stephenson cast a wreath on the waves and saluted.

“The wreck of Johnston is a hallowed site,” noted Rear Admiral Samuel Cox, Director of Naval History and Heritage Command and Curator for the U.S. Navy, following our find. “I deeply appreciate that Commander Vescovo and his team exhibited such great care and respect during the survey of the ship, the last resting place of her valiant crew. Three other heroic ships lost in that desperate battle have yet to be found.”