Born into a nomadic, caribou-hunting Cree family in northern Manitoba, acclaimed playwright and novelist Tomson Highway pays tribute to the magical world of his childhood in Permanent Astonishment
By Tomson Highway
October 11, 2021

Natural forces such as wind and water betray their own rhythms, their own personalities. Those of sub-Arctic Canada are no different. As with humans, their moods are volatile: friends one day, killers another. In fact, we can never tell which mood they will bless or blast us with from one day to the next. So, what are we to do but roll with the punches? Here’s one mood …

The first three weeks of August are known for their beauty. No wind, no rain, no mosquitoes, the temperature exquisite. By its last week, however, the fall winds have come and the temperature plunges. Augurs announcing the advent of autumn, they whip the water into waves so gigantic they look like churches coming to get you for not confessing all your sins to Father Cadeau, they are that scary. On the wide-open stretches of Reindeer Lake where there are no islands to paddle to for refuge or hide behind from such Leviathans, you risk losing your life.

As with all cultures that live with water, drownings are as common as is death by car in urban realities. Alfoos Zipper (my mother’s younger brother, one of six), Stanley Kamaa-magoos, Paul Peter Beksaka, John Kipawm, Pierre Fitzgerald, Isidore Hatchet, then 18, and his bride, Marianne, then 16 and pregnant with their first child, the list goes on. Even one September, Dad’s entire team of sled dogs, all eight of them devoured by insatiable, omnivorous Reindeer Lake, their bodies never found. In the case of Stanley Kamaa-magoos and Paul Peter Beksaka, who were fishing together this one summer, their bodies were discovered washed up on a beach behind House Point some 15 miles west of Brochet. Stark-naked and frozen rock-solid, they had swum ashore and tried, in vain — in October? in the midst of snow flurries? with no dry matches? — to dry their clothes. And to think that, even with such lessons, no one — not us children, not the elderly — wears a life jacket. The life jacket? Lockhart brought it to Reindeer Lake for his Arctic Lodge guests in the summer of 1958. Strictly for Keechi-moogoo-maanak (Americans), we don’t even have a word for the object, not in Cree, not in Dene. 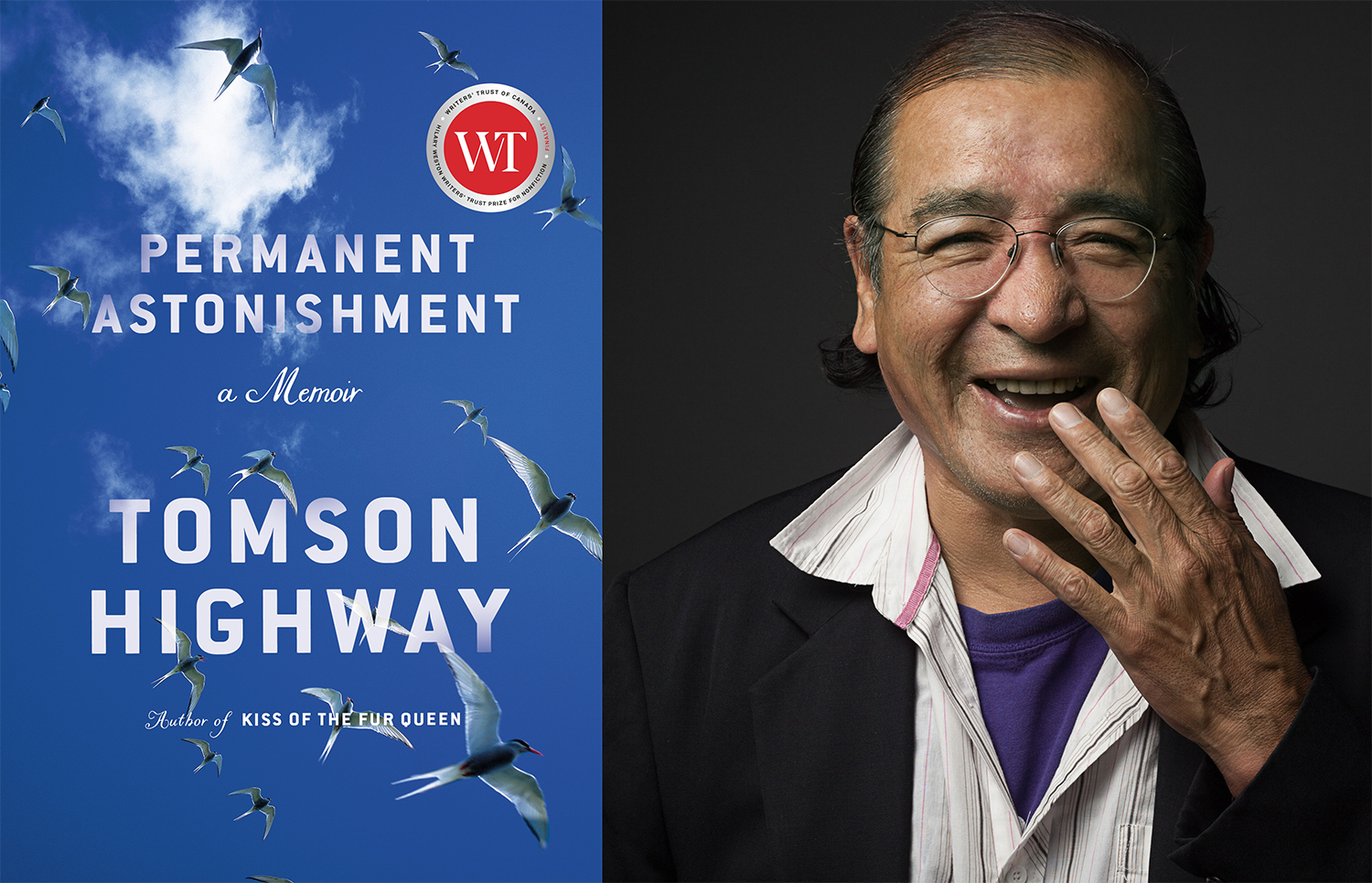 At camps, on the other hand, such winds have been known to blow tents down. Seasonal family domiciles the size of small houses, the main tent especially — where sleep our parents and, when it rains, where we eat — is sometimes as much as 10 yards long, six yards wide, and six feet high, virtually a tent that can accommodate a circus, if a small one. The men out minding the nets on any given day, it is generally just us children and the women there to tend to home fires. Which is what we’re doing when, out of nowhere, a wind appears and, like a starving animal, attacks our tent. Suddenly, the canvas dwelling is trembling to the point where we, its occupants, believe it is perfectly capable of being ripped from its moorings and flying to the barrens. Which is all Mom needs to leap into action.

Flinging aside the moccasin she is chewing to make it pointy, she jumps to her feet and grabs, at its middle, the central beam that serves as spine to the structure. An unpeeled spruce log propped up by two other spruce logs standing vertical at the tent’s front and back ends, this beam hovers just short of six feet above ground level. At five foot three and standing on tiptoe, Mom can barely reach it (and Rene and I are as yet too short to help her). At eight inches thick and 10 yards long, the beam has a weight that matches its bulk. For one small woman to withstand its might is one tall order; if it falls, the whole tent collapses, and Mom well knows it. Worse, if that beam falls on someone’s head, especially boys of four and seven, it kills them. To lose her sons to this bastard of a current of sub-Arctic flatulence? Out of the question.

Once safely outside, we stand there buffeted and lashed and torn like scraps of paper, clinging to trees, to branches, to whatever object we can get our hands on, the roar infernal. All as we watch our tent engage in a dance that rivals in athletic virility the one danced by Satan and the archangel Michael on that dreadful day.

Fortunately, the stakes of willow that anchor its borders are sunk so deeply into the soil that they don’t budge.

We watch that structure shake and shake and shake and shake. Until, like a punctured balloon, it all comes down, tent, beam, and mother. And the whole structure lies there with the stove (unlit, thank God) and bed and grub box and, yes, Balazee Highway betraying their shapes like lumps in pudding, those shapes, for now, eerily inanimate. All that moves is the canvas of the tent, which flaps and ripples in a wind that will not stop. What now? Is Mom dead? Killed by the beam she has fought so bravely?

But no, there is movement. Like Sylvester the Cat (I will think later) crawling under a carpet to sneak up on lunch, the songbird Tweety, Mom’s cat-like form comes snaking and weaving its way through the crumple of flapping and rippling canvas until her head pops out the only door. Alive, unbowed, her hairdo a mess, she looks at us with an expression that says, “Cheest?” (“You see?”) “I told you I could do it.” Her eyes crossed slightly, she is seeing chickadees flying little circles around her head (she tells us later).