No boundaries for young explorers

Sitting on the cold floor of our family room, the Zenith black and white television's static energy pulled my long, fine hair toward the screen. But it was the content of the programming that captivated my attention.

Growing up in the 60s and 70s included shared media experiences. With only a couple of TV channels to choose from, we watched world events together, and those events shaped our lives. For three days in 1972, I remember watching Gene Cernan, Ron Evans, and Harrison Schmidt spend a record-breaking 22 hours and 4 minutes conducting science experiments on the moon's surface.

After dinner on December 11, I dutifully brushed my teeth and put on my flannel pajamas. But on this night, instead of crawling into bed, my parents let me watch Apollo's lunar rover. Over 500,000 people viewed the mission’s launch in person at Kennedy Space Center, but now, millions of people worldwide were giggling at the sight of Gene Cernan perched high on the throne of a fat-tire rover, bouncing around the Taurus-Littrow Valley. 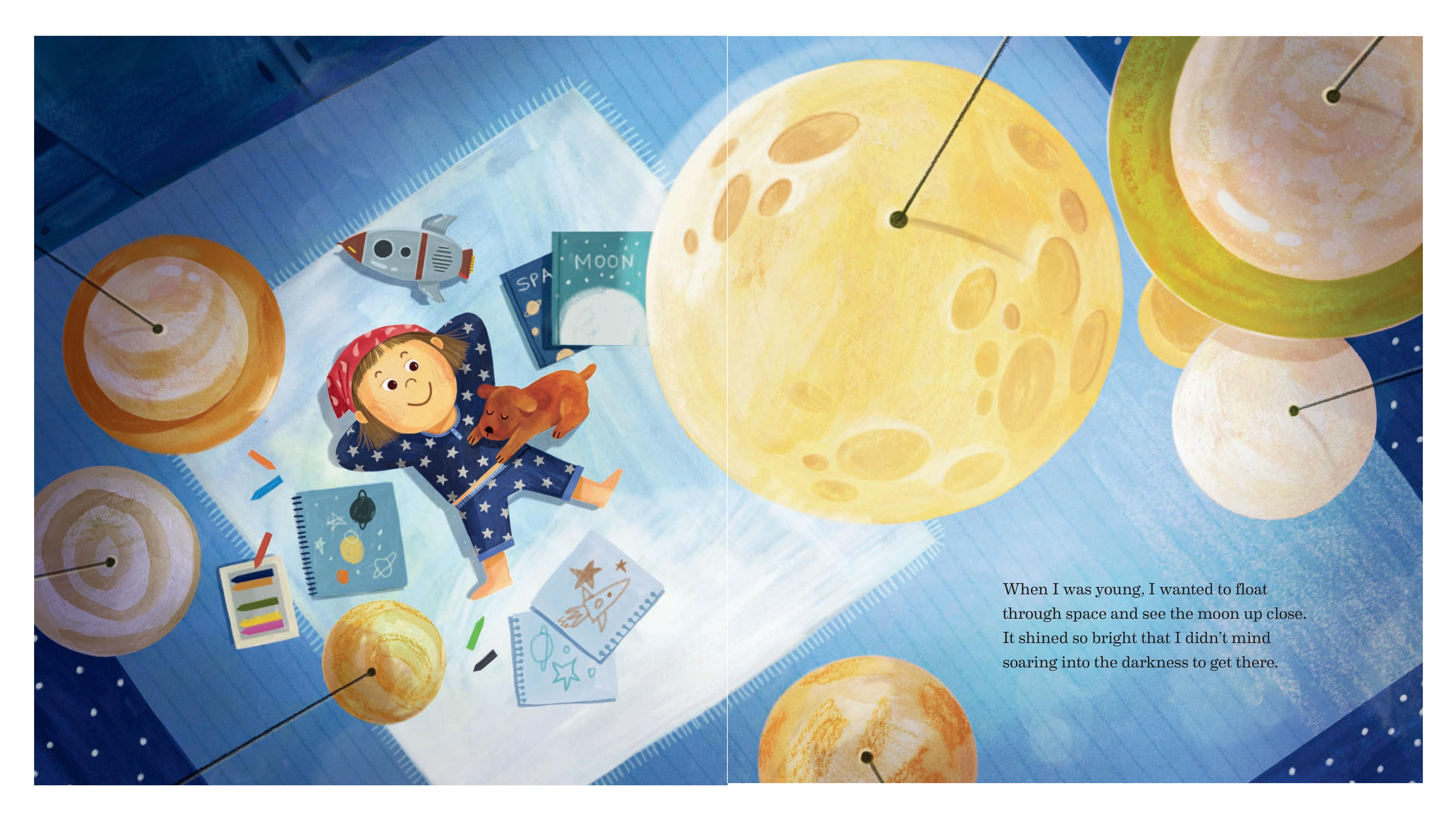 To say that vision of lunar exploration ignited my young mind is an understatement. Even though there was no Canadian space program nor women astronauts, I saw myself as an explorer. To me, Gene Cernan had super-powers. He had flown into space and now moved freely on that glowing orb in the night sky.

I wasn’t just enthralled by outer space. Inner space also called my name. Watching the television on Sunday nights, I wondered what it would be like to float in the depths of Jacques Cousteau's ocean world or soar through the evening sky with birds. There are no bounds to a child's imagination. In writing The Aquanaut I wanted to reconnect with the joyous sense of possibility, where a young mind starts to fuse an image of what they might do when they grow older. As a seven-year old, every door was open to me, and with the right encouragement, I realized my dreams of exploring places where no human has been before. I hope The Aquanaut will encourage young readers to see the potential to pursue their curiosity and set a path forward to achieving their wildest dreams, because I know with certainty that anything is possible. 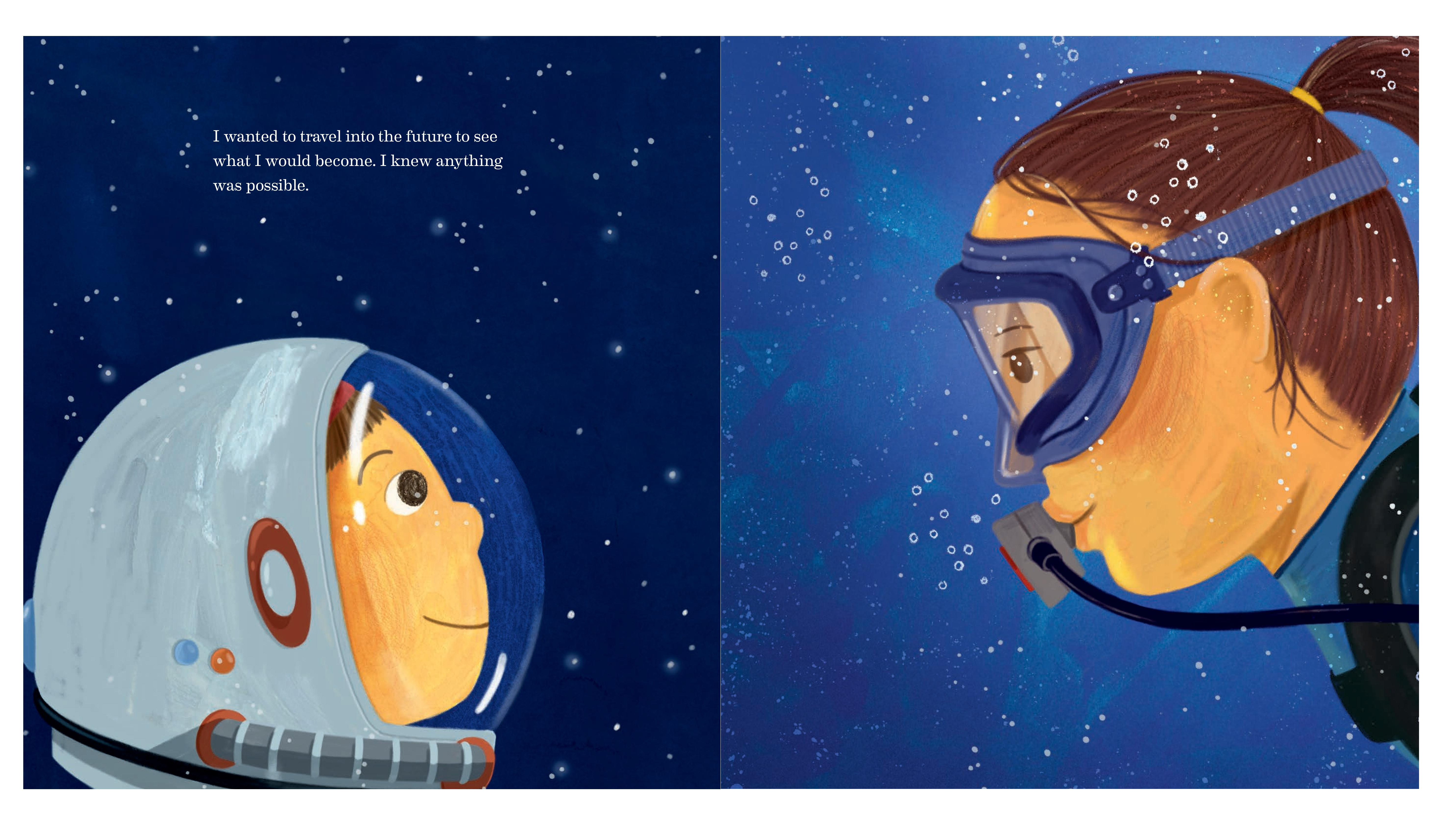 From The Aquanaut © 2021 by Jill Heinerth and Jaime Kim. Used by permission of Tundra Books.