Part of our Colour the Trails series
By John Grant
March 6, 2021

Guy and Kindar McNamee, twin climbers from Vancouver, B.C., don’t shy away from taking on new climbing challenges. A staple for them is to “get comfortable with being uncomfortable” which aids and deters any fear when they are trying to accomplish a new goal.

The twins were born in Haiti and moved to Canada at the age of two. They both started climbing at nine years old and since then they haven't looked back, winning medals and learning valuable life lessons along the way. Kindar came in second in lead climbing during the open nationals in 2019 and was the junior national boulder champion in 2020. Just like his brother, Guy has also had his successes: he was the lead national champion and Canadian boulder champion in 2020.

Canadian Geographic spoke with Guy and Kindar about how they got into climbing, what motivates them and being role models within their sport.

On why they chose climbing as a sport

We started climbing because we used to climb everything in the house when we were younger. When we were nine, we went to a drop in session at a local climbing gym and enjoyed every minute of it. Since we were quite shy, climbing allowed us to do a sport without having to talk to a bunch of other kids, because it's not really a team sport. We tried soccer, but we were always too shy to really talk to anyone, even to say “pass the ball” or do any of that stuff. Climbing was a good way for us to have a sport that we really liked but also kind of not having to depend on our communication skills.

Also, the fact that it requires quite a bit of mental thinking as well. It's not just muscles or anything like that. It's the technique and problem-solving skills. That's another thing that's kind of cool that it plays quite a bit with your whole body. And also your mind. 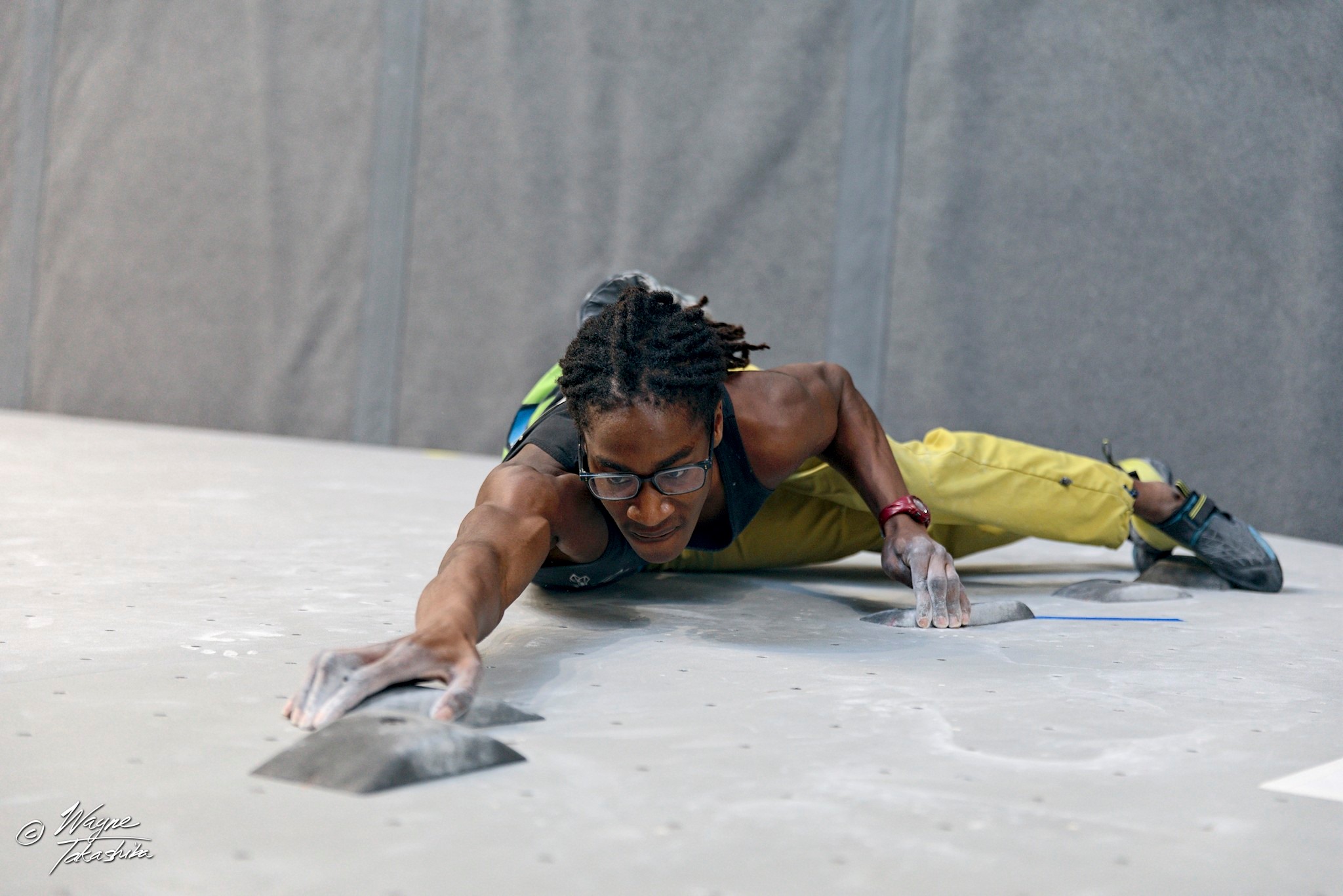 On the challenges they’ve faced

We've been pretty lucky. We haven't had to face that many prejudices or anything like that. But in terms of climbing, we've had personal things that held us back a little bit that we've had to overcome. Lead climbing, which was pretty new to us when we first were allowed to compete at that stage of climbing. We were really scared of falling on a rope. Because usually, the falls are pretty big. And it just took us a long time to get used to it, like a year or something. We had to do extra training, specifically to get over that feeling. That was a big adversity that we had to overcome.

On how they find motivation

We definitely motivate each other. When someone is not feeling it that day, we encourage each other to keep training. We're pretty close in skill level. So it helps because it's not like one of us is way better. We push each other to get better and give each other tips.

On being role models within the sport

We never really thought about it that much. For the longest time, we almost didn't realize that people really look up to us. We always just did our own thing. Now we're starting to learn, and we're at that stage where we are noticing that we are an inspiration. We are young, black, and a minority in those ways. It helps us be good role models and show good sportsmanship and not be arrogant or show off. 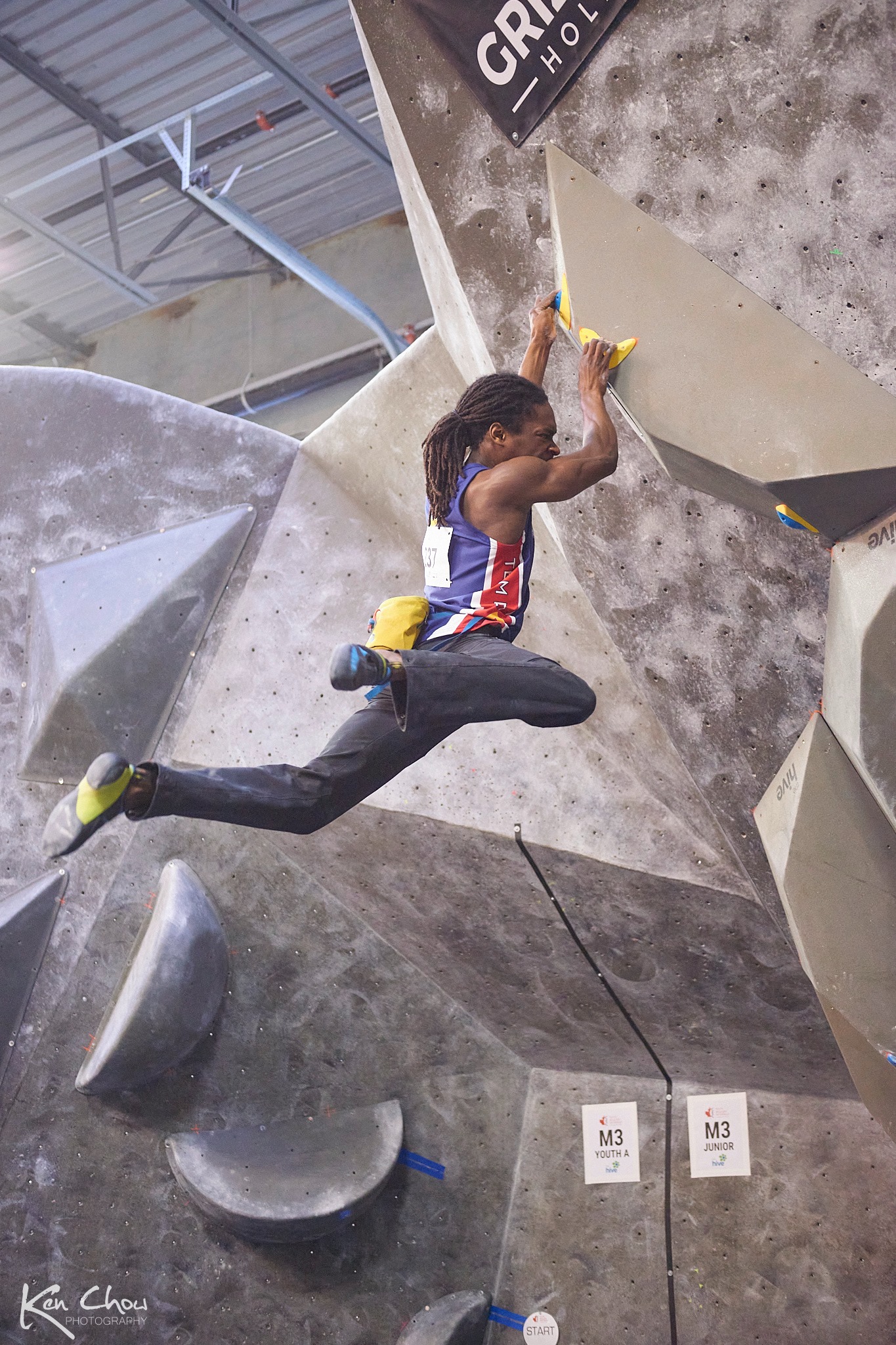 On the people behind their success

Definitely our coaches for having our backs. They helped get us into climbing and taught us the small things which were the basics of climbing. They taught us different movements in climbing that are very important for a beginner. They believed in us and helped push us to become better.

Our parents: they've paid for all the expenses like training, gym training fees, and travel fees and accommodation. But more importantly, they were there for us emotionally. If we didn't make the team, were upset, or we didn't do as well as we hoped, they supported us.

On advice for new climbers

Make sure you have a passion for the sport. Have fun with it first. Make sure that you actually like it before you get deeper into the sport. People get too invested in competitions, which causes them to get burnt out because they're forgetting to just enjoy what they're doing.

On what's next for them

Right now, we're just going to improve and keep training since there are no competitions. People don't really know when the comps are coming back. We had two years left in our youth career, which are gone now. So it's into the open category now.

Also training and climbing outside. Last year, we did quite a bit of climbing outdoors because competitions have been on pause due to the COVID-19 pandemic.Many people suggested we go outside to test our abilities there. We tried it and enjoyed it immensely. We hadn't done that much before, because our main goal has been competitions. That's another part of climbing that's been entirely separate from us for a long time.

We feel like it's kind of important to remember that goals aren't necessarily there to accomplish. They're there to push you. Like, if you have a goal and you complete it, then what's really the point?. It is good to make challenging goals, so you keep working hard, making yourself get better.