A look at Google's smart city

Imagine being able to build a neighbourhood from scratch in the heart of Toronto, the country’s most populous city; to experiment with innovative urban design in the midst of a housing shortage and what Mayor John Tory has called a citywide mental health crisis, as many citizens struggle with issues related to a lack of city resources and a coordinated national approach. What would that neighbourhood look like? How could it be built to support the well-being of the people living there? Enter Sidewalk Toronto, an ambitious mixed-use community project on a nearly five-hectare stretch of Toronto’s eastern waterfront called Quayside, created in partnership with developer Waterfront Toronto and Alphabet’s Sidewalk Labs, a Google sister company specializing in urban innovation. The project, which will integrate modern technology and best urban design practices, is currently in consultation, with plans to break ground in 2020 and see its first residents as early as 2022.

As an outspoken urbanist, advocate for healthier cities and a former mental health occupational therapist completing my doctorate in cognitive neuroscience at the University of Waterloo, where I study the psychological impacts of urban design, I’m excited about the neighbourhood’s possibilities. If done well, Quayside can set the tone for how we build future urban centres in the age of open data and smart technology. Here are some elements I think are essential to Quayside’s success. 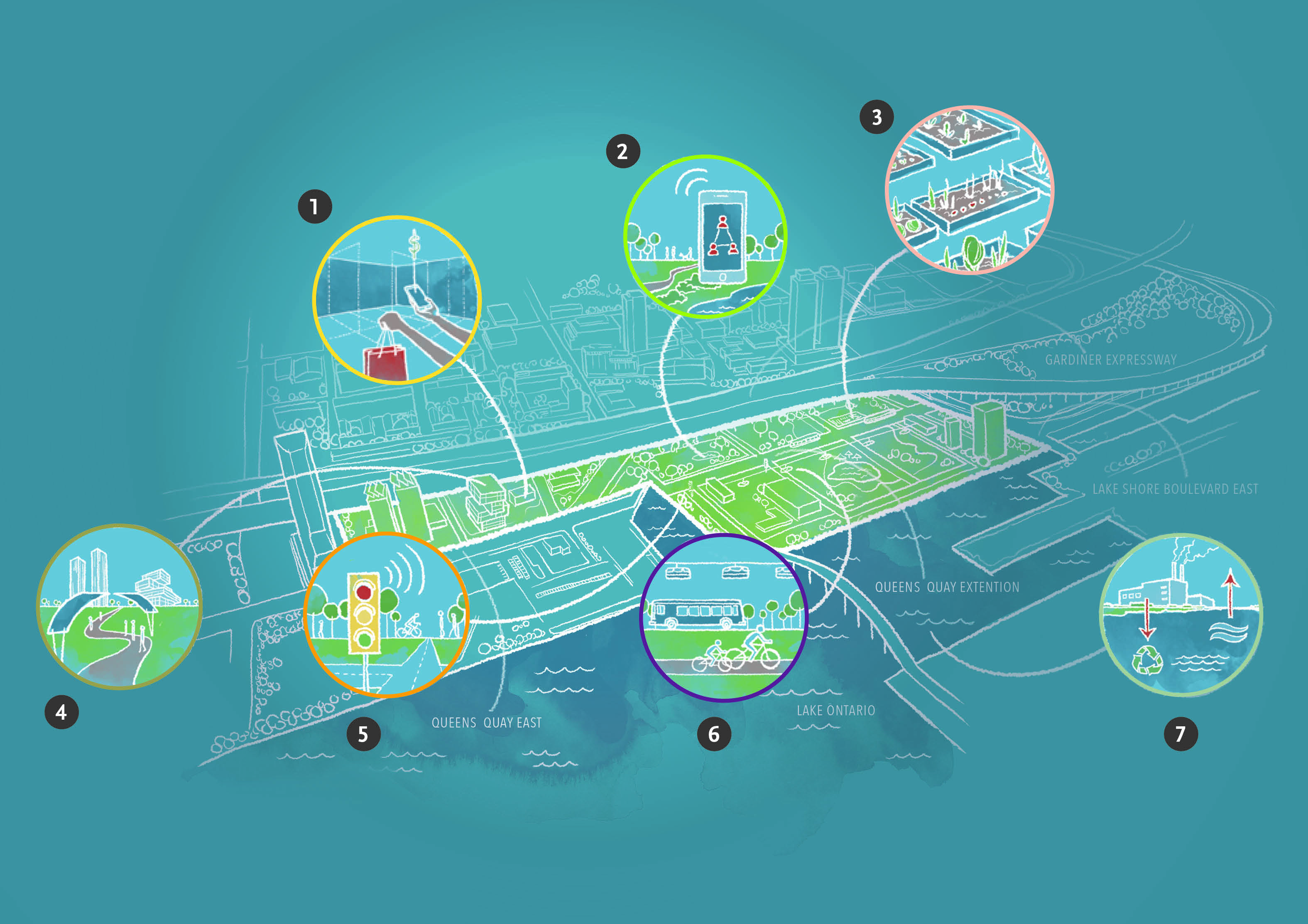 While online shopping makes life easier, it can have detrimental impacts on local businesses, a crucial element of urban life. Sidewalk Toronto is attempting to revolutionize retail, offering flexible spaces with design elements that can be reconfigured based on the retailer’s needs, such as a floor of small independent pop-up shops that can be converted into an open-plan community craft market. Sidewalk Toronto is also looking to merge brick-and-mortar stores with digital technology, such as automatic billing to eliminate checkout lines.

Sidewalk Toronto has suggested a neighbourhood assistant application that would connect neighbours through an online platform. But as social isolation is a major problem in most cities, I think a well-designed, inclusive public space can help address that problem. You need to physically make those community connections through face-to-face time with residents.

Food deserts are urban areas with little or no access to high quality, affordable and healthy food, and they’re a mounting concern for many communities. To combat this, Sidewalk Toronto plans to create a public garden space, which is an excellent way of ensuring access to fresh, healthy foods. Not only do they provide a space to grow food, but they also encourage community engagement.

We know that Sidewalk Toronto has proposed retractable canopies and heated paths to make the city’s long winters more accessible. Inclusive design must be implemented at every step, and no one should be barred from engaging in their community because they have a disability. Furthermore, this project will only be successful if it is inclusive, so affordable housing should be a top priority.

Smart sensor technology can help improve efficiency and optimize services, such as waste management and energy use. Quayside will be outfi tted with adaptive traffi c lights that sense pedestrians and cyclists, prioritizing their movement at intersections — a technology that’s long overdue in many cities.

Every effort should be made to reduce our dependence on cars through good design, such as separated bike lanes, reliable public transit and people-first pedestrian infrastructure such as narrower streets and speed bumps to reduce traffic flow. Sidewalk Toronto has a goal of having the lowest car-use of any neighbourhood in Toronto, aiming for foot, bike and public transit to account for 75 per cent of all travel.

It is imperative that cities of the future prioritize sustainability. Sidewalk Toronto has proposed energy efficient housing and a multi-source district heating and cooling thermal grid system that harnesses heat from geothermal sources and waste energy from the nearby Portlands Energy Centre, and cooling from the depths of Lake Ontario. This system will have to be adaptive, given Toronto’s temperature swings.