As the public health messaging around the COVID-19 pandemic shifts from “stay home” to “stay safe,” people across Canada are looking for opportunities to get outside and access public spaces safely.

Some municipalities have responded to this demand by closing streets to vehicles to make space for pedestrians and cyclists. Many cities have changed how their public transit operates. As businesses reopen, come cities are looking at extending patio spaces onto roadways to allow restaurants to serve customers with physical distancing in mind.

We spoke to six experts in urban planning, to look at what cities are doing, how it’s working, and what more could be done moving forward.

On what they’ve seen municipalities doing

Tim Querengesser, mobility consultant, Edmonton: I’ve seen a rediscovery of streets with people working from home. Those people are out walking on their streets, rediscovering the joy of walking and the smallness of their world within walking distance. I think that’s really changed people’s perception of streets and cities. Your neighbourhood becomes a bit more intimate, a bit more explored.

Robin Mazumder, urban neuroscientist, Waterloo: I’m really encouraged by how quickly some cities have chosen to respond, particularly when it comes to the choices they make with how roads are being used. It’s uplifting to see cities roll out networks of open streets, which allow people to walk or ride safely while physically distancing.

Brent Toderian, urban planning practitioner, Vancouver: Some cities have moved quickly and some have been slower. We’re almost three months in. The quicker cities were ones who have been transforming streets for years; they took action within a week. Some of these were Latin American cities like Bogota, who were the first to announce weeks-long street closures and added dozens of kilometres of cycle pathways. There have been some North American cities that have taken notable, big and bold action, but there’s even more cities who have taken no action at all.

On whether municipalities are doing enough

TQ: They’re making a good start. It’s exciting to see how things that [municipalities said] were impossible or would take years are now very quickly happening because people recognize the urgency behind this — that it isn’t just nice to have, it’s a need to have. It’s reassuring, but of course there’s more to do. For the most part, people are just happy to see this happen.

Pierre Filion, urban studies professor, Waterloo: As we reopen, we have to avoid a shift back to driving as a public transit alternative; this will cause enormous traffic jams. It won’t be manageable. We need a plan to make it so that a certain proportion of people will want to use transit, and a certain proportion will walk. In order to make that happen, we need a permanent system of cycling and walking paths that are all connected.

BT: Cities that are talking about permanency — not necessarily everything they’ve changed but at least certain elements of it — are on a good route. They are recognizing these moves were very likely necessary before the pandemic. The others need to stop making excuses.

Cyndi Rottenberg-Walker, urban strategist, Toronto: At this time when our cities need to be so bold in providing the kinds of spaces people need to be healthy, happy and productive, they are fundamentally constrained by the fiscal crisis the virus has wrought and the embedded social inequities that have been so dramatically highlighted by COVID-19. We must deliver not just the physical, but also social and economic imperatives these communities need.

On their hopes for the post-pandemic future

RM: I don’t know what the logic would be in giving people space only to remove it later. I think we need to take this opportunity to give people safer ways to get around cities. Bicyclists I’ve spoken to say the bike paths are as busy as they’ve ever been. What that suggests to me is you have new cyclists now who might see in the future that riding a bike to work is not only an efficient and reasonable solution, but something that provides them joy.

Richard Shearmur, urban planning professor, Montreal: On the one hand, it’s changed perceptions of cycling and walking but it’s also changed perceptions of public transport. People are now more wary of crowded buses or the crowded underground. Sidewalks and cycling are going to be really important, but anyone travelling more than four or five kilometres is going to have to choose between taking a bus or driving a car. I can’t tell the future but I see a big tension here.

CRW: I think the fundamental and most lasting outcome of our experience with this pandemic will be on the live/work/play patterns of our cities. Cities from Ottawa to Paris are focusing their planning on the concept of 15-minute complete communities [a neighbourhood where you can access all your day-to-day needs within a 15 minute walk of your home — Ed.] that support more balanced patterns of living and working. 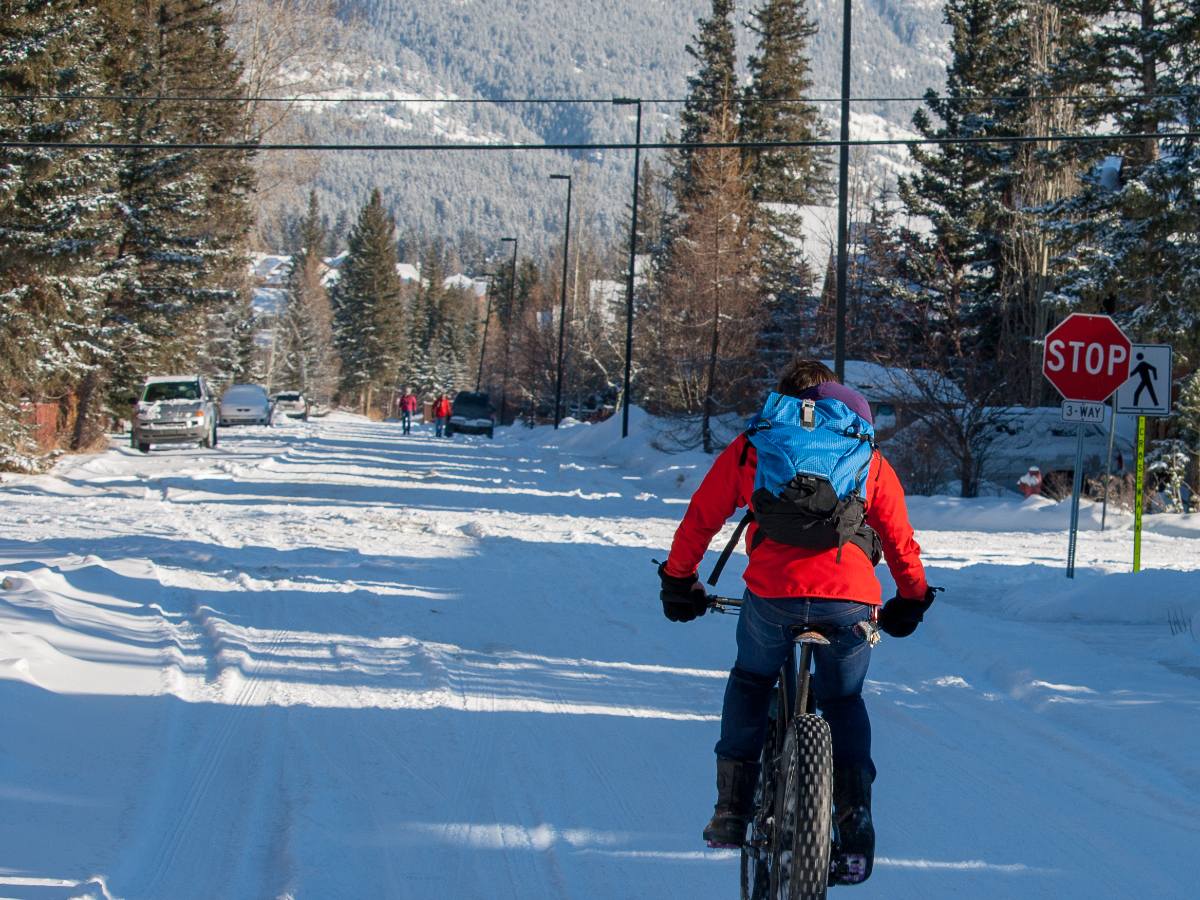 On supporting and encouraging urban transformations to continue

RM: For municipalities, to get a lot of feedback and praise will stand out to them. If all of us, through social media or emails or phone calls let the people who make these decisions know that they are good decisions, that would go far.

RS: There are a lot of advocates for active transportation, but there’s a weakness in their arguments in that most Canadian cities have a winter that lasts five or six months. We look outside and it’s sunny now, so cycling seems like a good solution, but not everybody wants to go out when it’s -20 and snowing. It’s not just a question of building bike paths and people will come, it’s a question of helping people see how they can fit cycling into their daily routine.

PF: Advocates will have some victory if the pandemic lingers. We’ll see deeper transformations of our urban environment, one of which is a call for more space. There may need to be a new lifestyle we adapt to. Green spaces will have to go hand-in-hand with development.

On challenging the naysayers

BT: You have busy parks because there’s not enough space for people, and the knee jerk reaction is to close the parks rather than create more spaces for people to go. We need to shift our thinking. It’s not surprising that if the city or city officials had a closed mind before that they’d still have a closed mind now. Something we can do is change our language, by calling transformations things like “road buffets” instead of “road diets,” because there’s actually more choice as a result of the change. All cities have different political ideologies, but get the conversation started any way you can.

On finding the positives in the pandemic

RS: Right now we’re in the middle of this crisis and we’re not used to dealing with it. But in the grand scheme of things, things get back to normal pretty fast. When we talk about the 1920s we don’t talk about recovering from the Spanish Flu, we talk about speakeasies and jazz clubs. The most probable way that Montreal will look in three or four years time is how it looked in February 2020, with some very slight changes. I don’t think this is going to be a total revolution.

BT: I think maybe things will change this time because we’re much better as a global community, sharing inspiration and even condemnation because of the quickness of news and the reach of social media. There’s a lot of things that are different now that will make it harder for cities to put their heads in the sand and not learn from this.