Hearts in the Ice: Biodiversity and our oceans

Two adventurers have extended their stay in isolation in Svalbard, Norway to continue gathering wildlife observations in the remote Arctic
By Tanya Kirnishni
June 12, 2020

For a few months now, many of us have been practising physical distancing by staying home and avoiding crowds to reduce the spread of COVID-19, but one pair of adventurers has been in isolation for much longer. Polar citizen scientists Hilde Fålun Strøm and Sunniva Sorby have spent more than nine months overwintering at Bamsebu, a remote cabin in the rugged wilderness of the Norwegian archipelago of Svalbard.

Strøm and Sorby started their Hearts in the Ice (HITI) project to encourage discussion about climate change in the world’s polar regions. While at Bamsebu, they’ve been gathering data and observations to contribute to citizen science research for organizations around the world.

Originally, Sorby and Strøm had planned to leave Bamsebu on May 8, but due to logistical challenges posed by COVID-19, they have chosen to extend HITI until at least September, which will mark the one-year anniversary of their adventure. This extension into the summer allows them to continue with their citizen science work.

“The COVID-19 virus is preventing travel for all research, so our citizen science work and observations become even more critical to data collection and further study of the impact of climate change in the Arctic and biodiversity,” says Sorby. 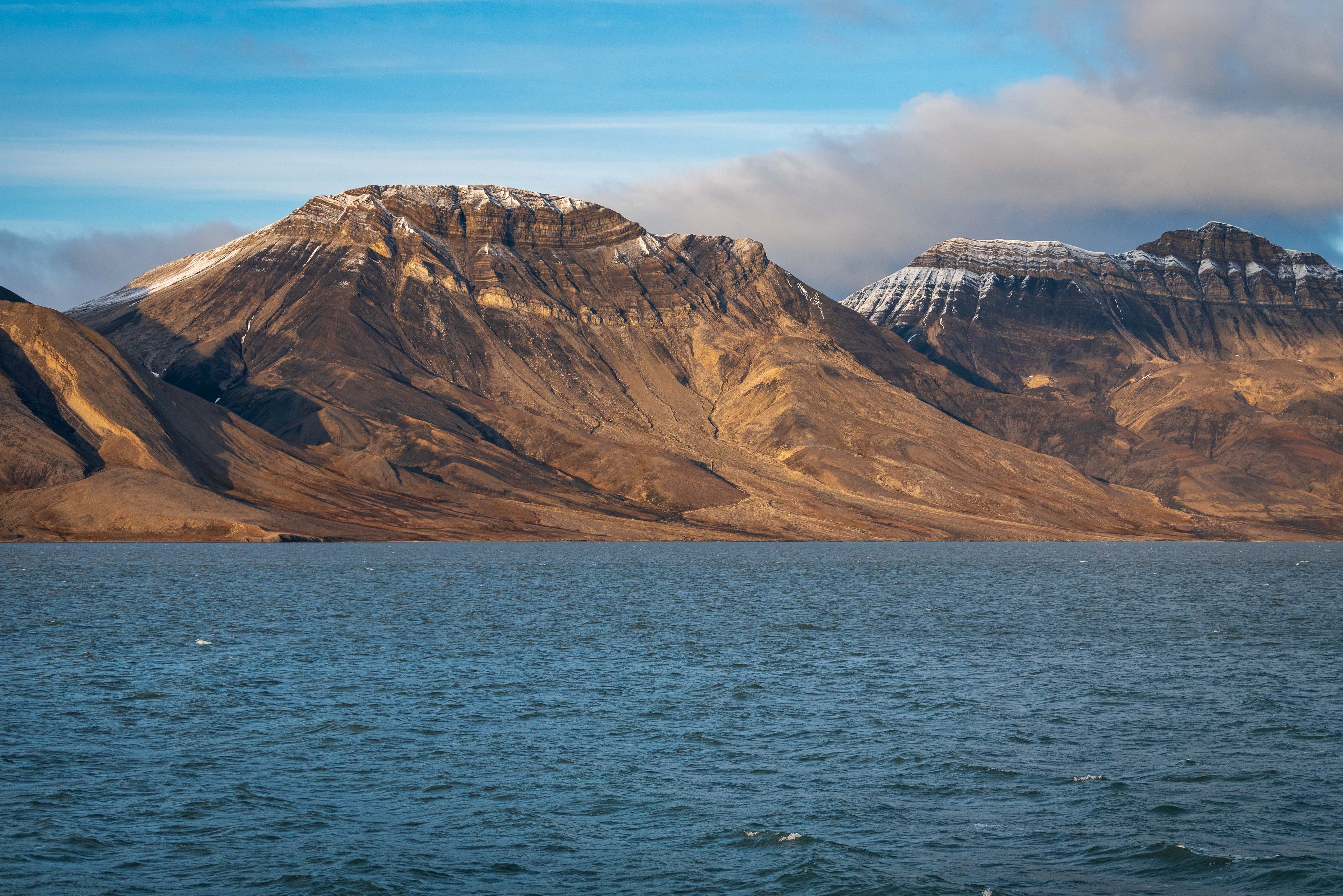 The mountainous and glacial landscapes of Svalbard may appear barren, but in fact, Svalbard is something of an untouched ecological haven. Although the range of species is not as diverse as in warmer climates, many of the wildlife populations living on and around Svalbard are thriving. More than half of Svalbard is set aside for the protection of the local flora and fauna ­—there are seven national parks, six nature reserves, and 15 bird sanctuaries.

Bamsebu looks out over Van Keulen fiord and sits along the border of Sør-Spitsbergen National Park, which has provided Strøm and Sorby with the unique opportunity to observe and document wildlife up close. Their citizen science projects provide observations for organizations such as the Scripps Institution of Oceanography, the University Centre in Svalbard, and the Norwegian Polar Institute. 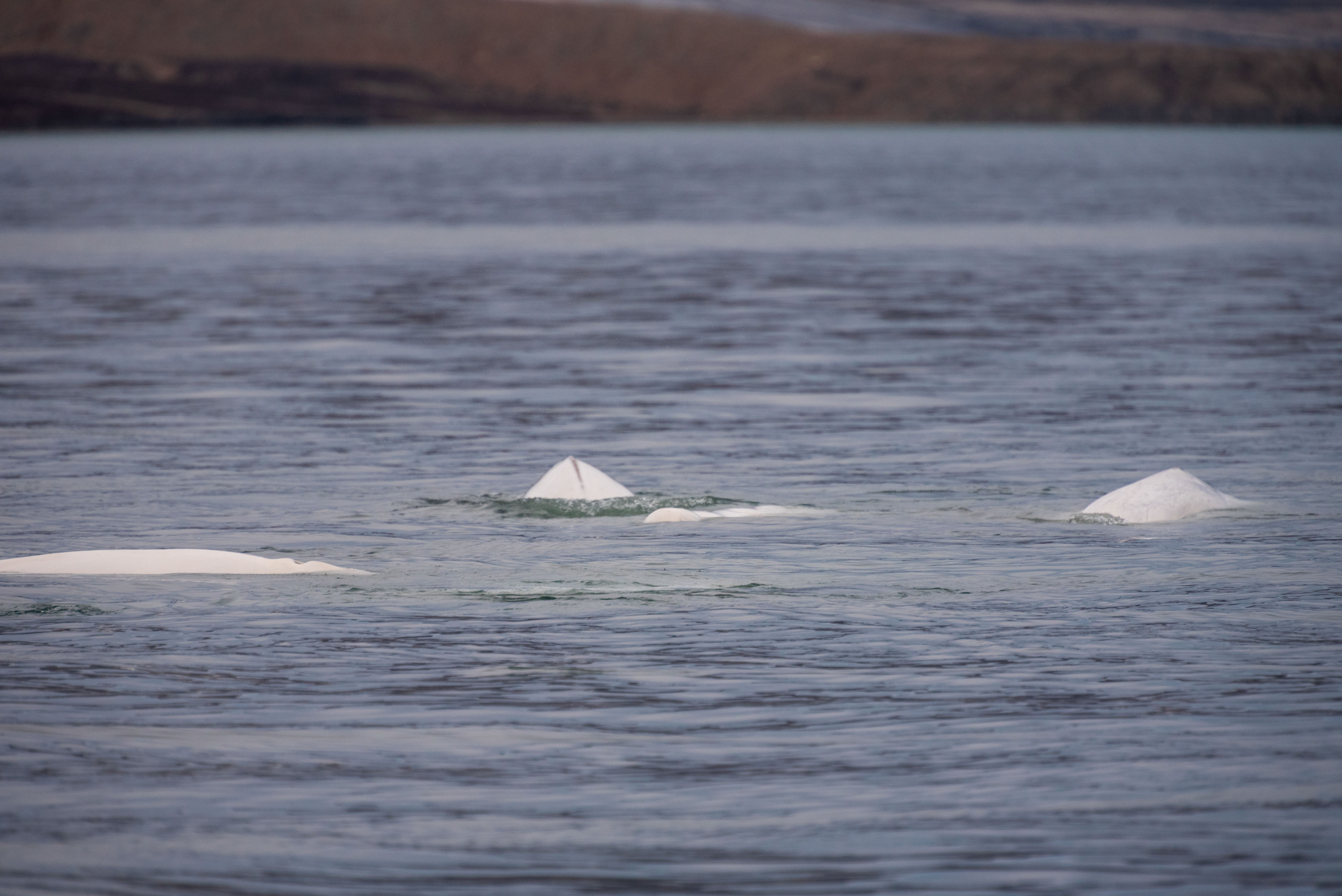 Much of HITI’s research has focused on marine life and ocean health, from ice core samples and phytoplankton studies to sea ice measurements and temperature observations. This data helps inform researchers how climate change is affecting the polar regions and the species that live in these fragile ecosystems. Marine wildlife includes not only species living in the water but also coastal and migratory species. Polar bears, for example, are seen as the “canary in the coal mine” of climate change because they are the apex predators of the Arctic marine ecosystem.

During their stay, Strøm and Sorby have had more than 35 encounters with polar bears. They’ve also been lucky enough to observe a four-month old polar bear cub with its mother in Recherche fiord.

“It was the kind of moment that feels so intensely intimate and tender,” says Sorby. “We feel so privileged to be able to share that the polar bear the Norwegian Polar Institute has been tracking has given birth.”

Pregnant polar bears build their dens in the fall and usually give birth to one or two cubs in December. During this time, the mother bear doesn’t leave the den even to feed and spends her time nursing the cubs. In March or early April, the whole family emerges from the den in search of sea ice, where the mother will teach her cubs how to hunt and survive in the Arctic. 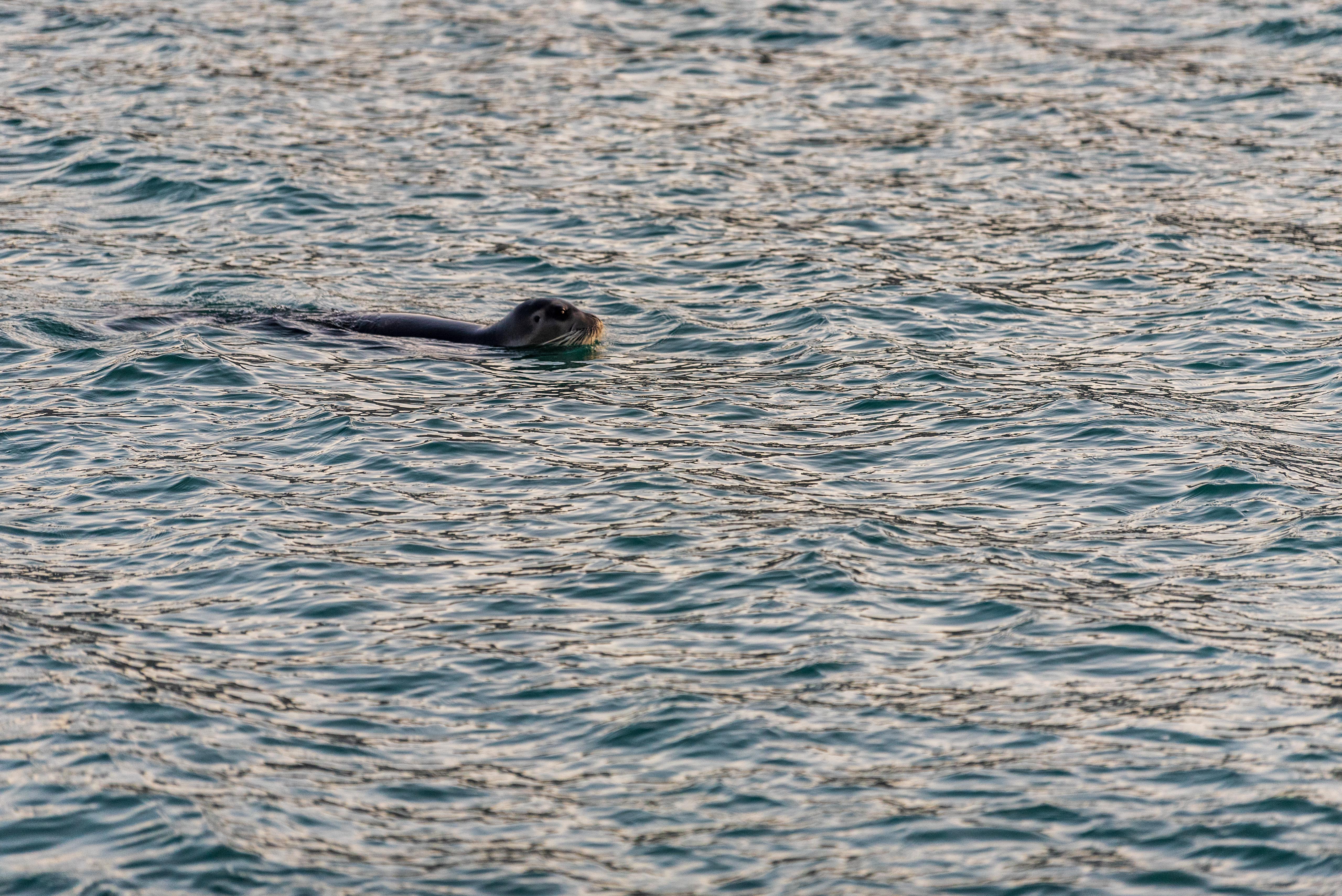 Bearded seals can often be found in coastal waters with drift ice, such as those in fiords. (Photo: Tanya Kirnishni/Can Geo)

Polar bears aren’t the only wildlife that Strøm and Sorby have been able to witness up close. They’ve spotted reindeer grazing around Van Keulen fiord, taking advantage of the newly exposed vegetation under the melting snow. And out on the sea ice, bearded and ringed seals are basking in the sun with their young pups — bearded seals usually give birth in May, right on the ice floes.

The HITI team have kept busy over the long winter months gathering data about Arctic biodiversity and the interconnections between land and sea. As the snow melts and ice retreats from the fiords, Strøm and Sorby are heading into the season of the midnight sun, which will bring with it a new wealth of wildlife observations and insights.

Read more about their experiences on the Hearts in the Ice blog! 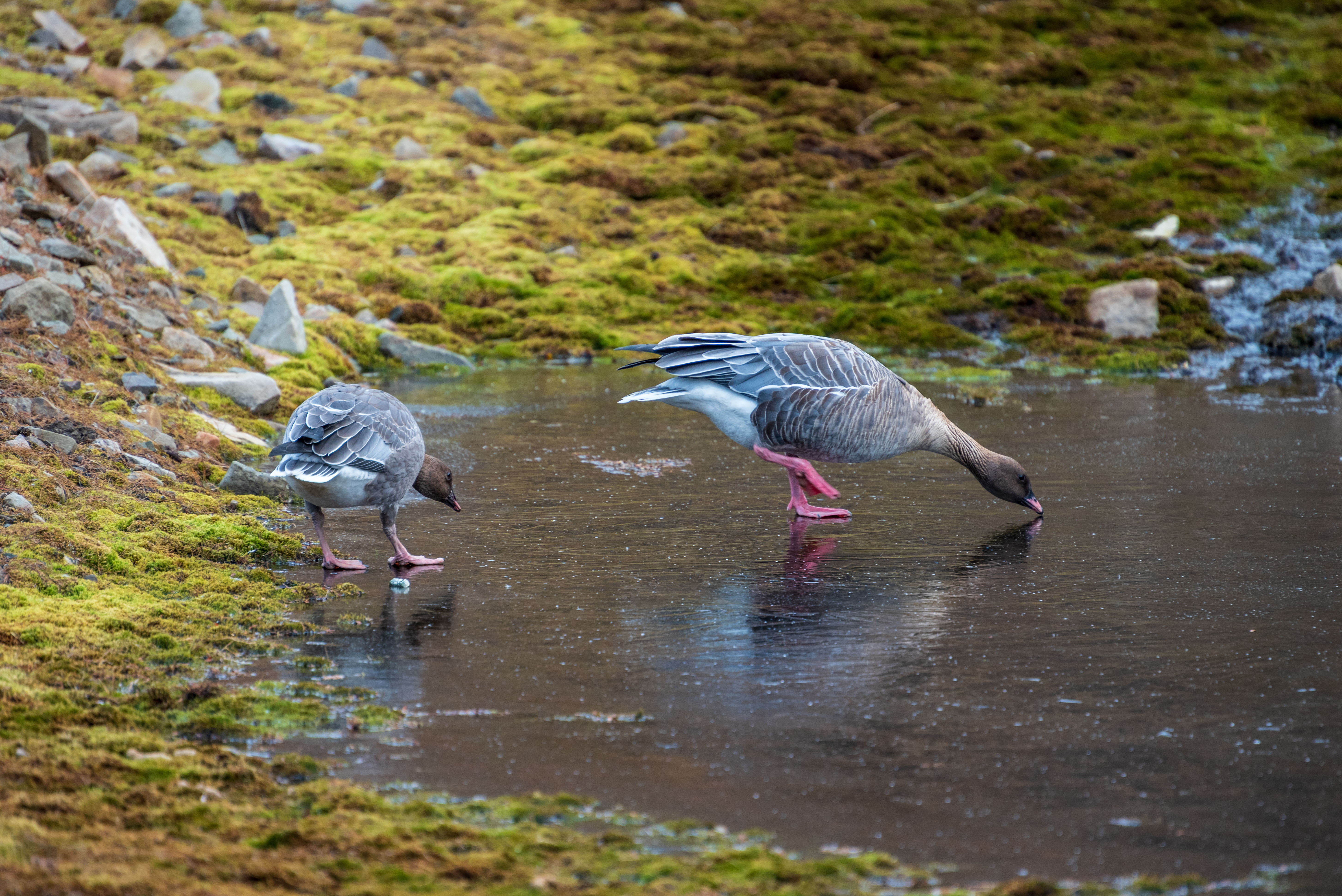 Pink-footed geese migrate to their breeding grounds in Svalbard in May. There are about 100 around Bamsebu. (Photo: Tanya Kirnishni/Can Geo)

Check out Can Geo Education’s Online Classroom for educational resources geared towards learning at home, such as this infographic about Canada’s Arctic region and the accompanying lesson plan on Arctic biodiversity, or look closer to home and try this activity on Backyard Biodiversity. You can take photos of different species and tag their locations using free apps like iNaturalist to contribute to a global database and connect with nature enthusiasts and researchers around the world.

You can also learn about North American species at risk with the Wild Migrations Tiled Map and activities or explore Canada’s Arctic region through Cory Trépanier’s film series and teacher’s guide.